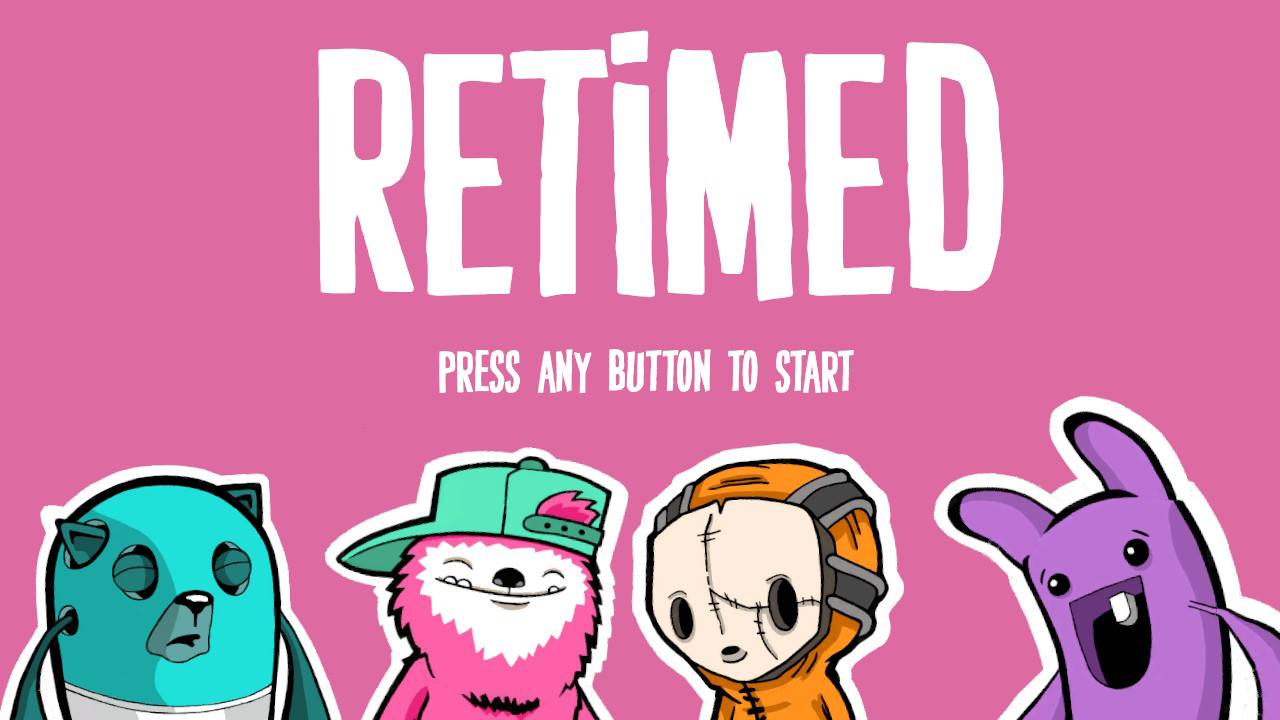 Retimed is a fighting party game developed by Team Maniax. This game originally released on the Nintendo Switch on September 20, 2018. Two years later, they’ve updated the game with a brand new gameplay mode.

This game is for 2-4 players. Initially, there was no single-player mode or even a story mode. It’s a watered-down version of Super Smash Brothers with four characters to choose from, all of them being equipped with guns that can only carry six bullets.

As much as I loved the game, the lack of a single-player mode was one of my complaints when I wrote my review of Retimed when the game first came out. The multiplayer aspect was fun, all six arenas were unique, and I put a good chunk of hours into the game. However, I wanted more – possibly a single-player mode where I had the chance to play against CPU characters.

Luckily, the developers of Retimed have given us just that.

While there are still only six arenas and no storyline, Retimed now has a fun single-player mode where you can hone your skills and get better than your friends.

You start at Cloud City, as every other arena is locked. A new area gets unlocked once you win a battle in the current arena. There are three difficulty levels as well – rookie, pro, and bullet master. Rookie is the only one unlocked at the start. However, if you do an outstanding job in your battle, you’ll unlock the next difficulty level and so on.

You don’t choose who your opponents are. There are four main characters to choose from, but neither of them is your enemy. The CPUs you battle against are robot-like creatures. Some look like dinosaurs to me. If these enemies have certain names, they’re not mentioned at all in the game.

Just to name a few, there are blue and orange robots that fly, some that jump, others charge at you. Some shoot bullets at you while others lock a laser onto you.

Each battle has three waves of enemies, each wave being a little more difficult than the last. This could be because of harder enemies, or more enemies are thrown at you at once.

That’s about it to the single-player mode. You get to play alone and boost your Retimed shooting skills with difficult and clever CPU characters while being in the familiar territory of the same six areas as before.

The update for Retimed wasn’t too fancy but it was just enough content to keep players coming back for more. I’m pleased with the update and will definitely go back to the game for more.

Overall, the update for Retimed wasn’t too fancy but it was just enough content to keep players coming back for more. I’m pleased with the update and will definitely go back to the game for more.