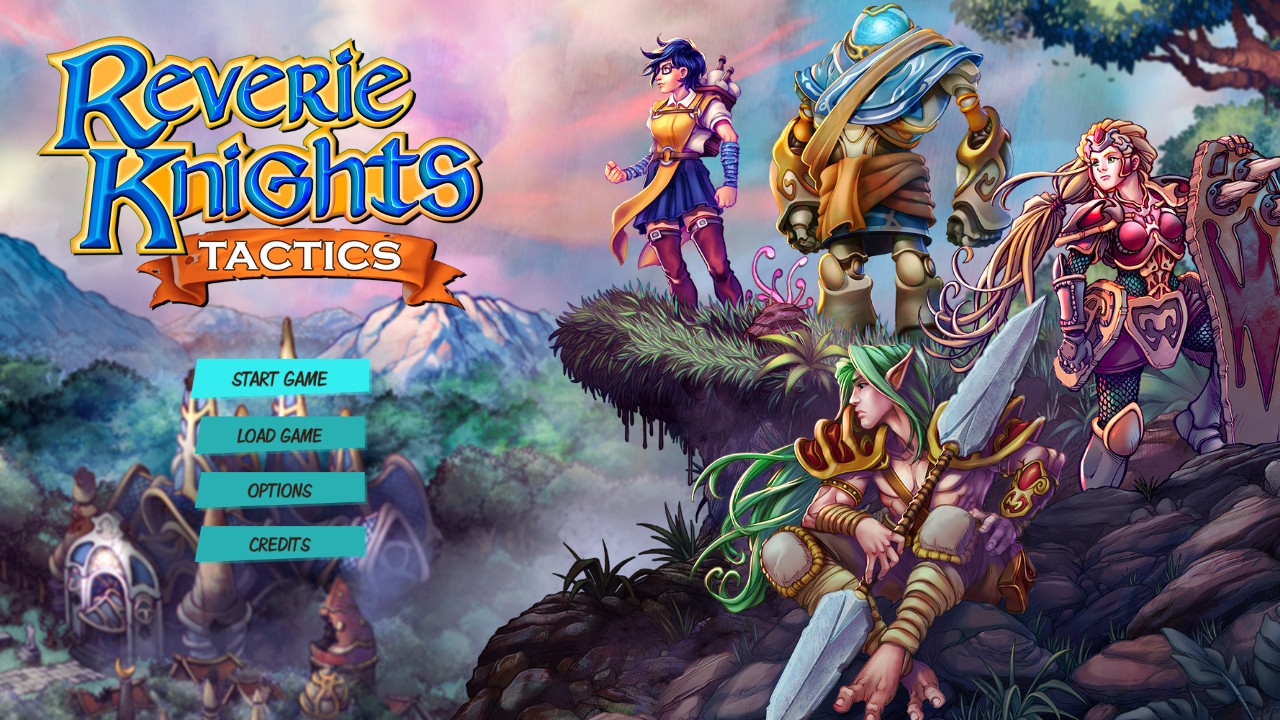 Reverie Knights Tactics is an RPG strategy game published by 1C Entertainment. If you’re familiar with tactical RPGs, then this game will be of no surprise to you. There’s more to this game than in-battle strategy, though. The visual novel parts allow you to choose answers, altering the storyline and interactions with other characters. 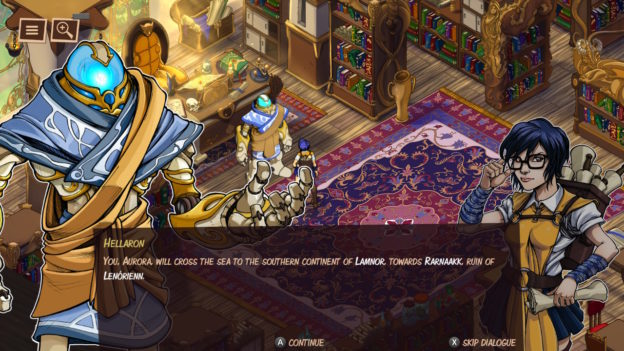 First, Reverie Knights Tactics begins with some backstory. The Order of Lennorien, an elven city, sends troops to battle the goblins taking over. Now, years later, with no word from these troops, the daughter of one of the soldiers gets sent off to find them. The daughter is, of course, the protagonist.

The story itself is solid. The characters were fun to get to know, and I liked them all for the most part. There are plenty of visual novel scenes that you can read to learn more about where you are, the story, the characters, and everything in between. Depending on your interactions and answers, you can lean toward more chaos or order. 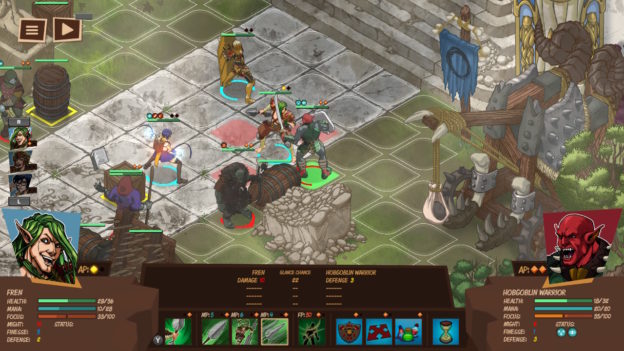 The battles are the meat of Reverie Knights Tactics, though. You can control up to four characters at once in battle, each one having its weapons, skills, and stats. Each battle is turn-based. You move first most of the time, but sometimes enemies will ambush you, allowing them to have the first go.

Battles work by choosing the character you want to fight and moving them closer to the enemy. Then, choose an attack either with their weapon or magic. Some weapons or magic can only reach one tile away, while others can reach five tiles. So, if you’re running low on health, you can do your best to keep your distance. Aside from the enemies, there are objects in the way on the battlefield. For instance, there might be spikes that you can push enemies into to hurt them further. Or there might be treasure chests for you to collect. 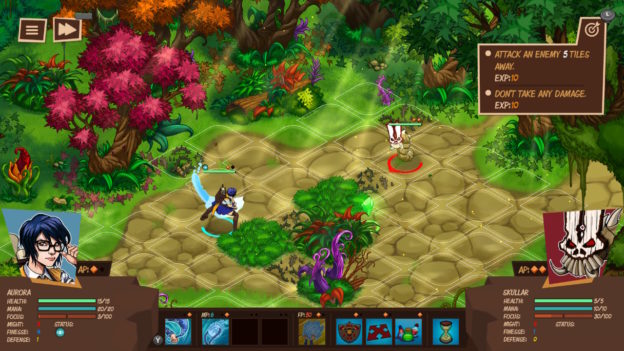 A lot is going on in these battles, so when it’s your turn, you’ll be strategizing about what you want your characters to do and where you need them to go. Each character has Action Points or AP, which you can use to move and/or attack.

In addition, Reverie Knights Tactics has objectives for each battle. If you complete them, you earn extra experience points for your characters. These objectives were a hit or miss for me. I felt that there was already enough going on during the battles that they weren’t needed. However, they were a nice touch if you wanted to strive for something more. You don’t have to complete them if you don’t want to. Then again, if you miss an objective, you can choose to go back and retry the entire battle. If not, you skip it, and then you can never try it again. So, if you need to grind for experience points, the only way to do so is to retry the same battles repeatedly. This was a feature I didn’t care too much about. 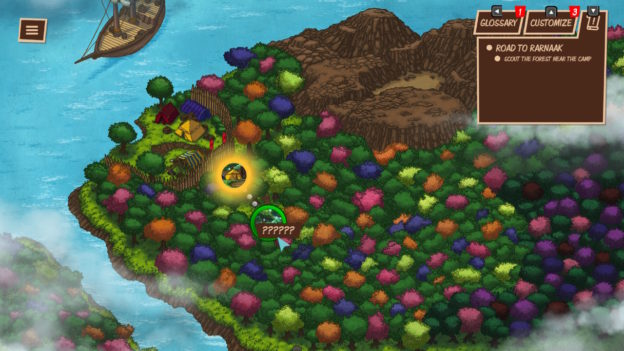 When you earn enough experience points, your characters will level up. They can earn new skills, and you can buff their defense, strength, and other stats. So, you can create these characters however you want to.

One feature I like about Reverie Knights Tactics is how they did the difficulty level. You can go into the game in Normal Mode or choose Story Mode, which focuses more on the narrative itself, making the difficulty levels of the battles easier. I first chose to play the story mode to get myself acquainted with how the game works. Then, after some time, I restarted the game to play Normal mode. I found each mode easy to pick up and play for newcomers and veterans of the genre. 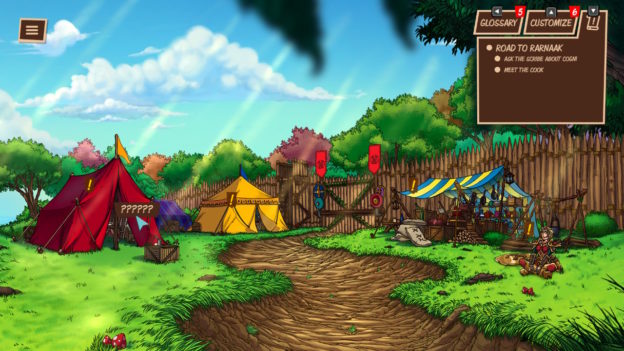 Overall, Reverie Knights Tactics is a solid game. The music, sound effects, and crisp graphics are fun to look at and listen to. On the other hand, the controls take time to get used to. They utilize just about every button on the Nintendo Switch, and it isn’t always as responsive as it could be.

Regardless, if you’re looking for a new tactical RPG to play, then Reverie Knights Tactics has a great strategy system, story, and characters.

Reverie Knights Tactics is a fun tactical RPG with an interesting storyline and many mechanics to play around with. While the controls might take some getting used to, the overall gameplay is solid.