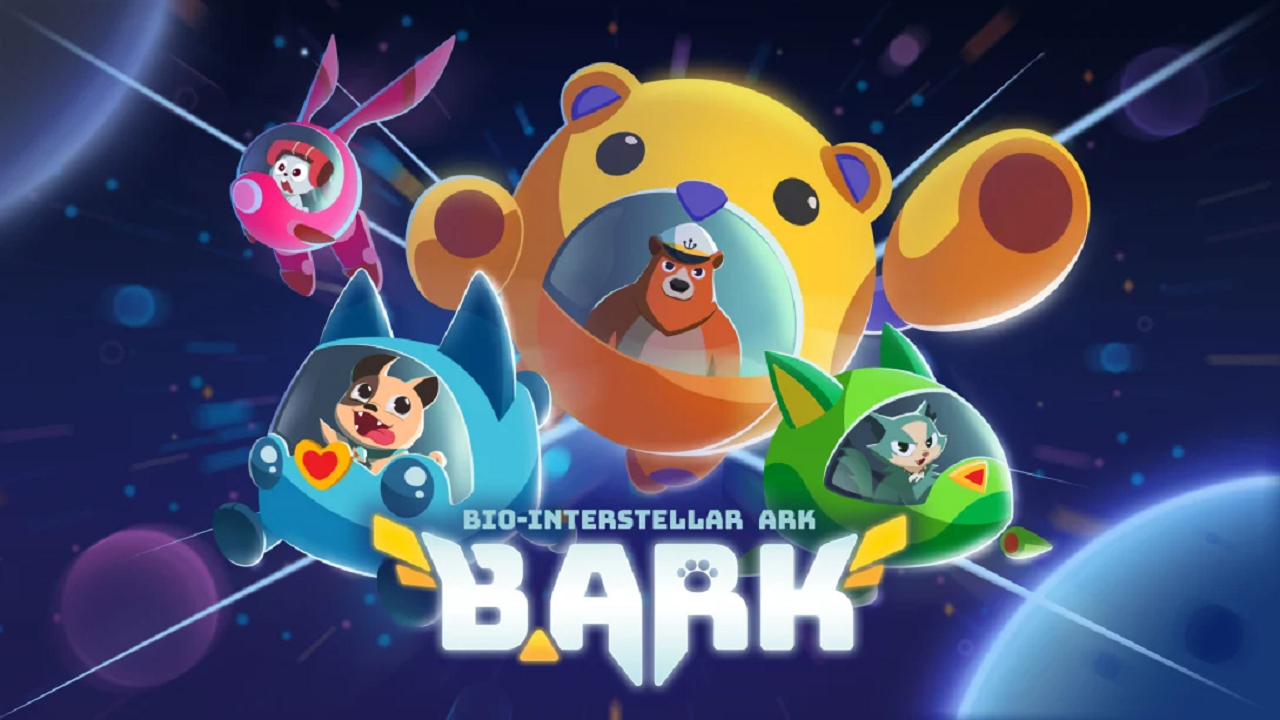 One of those all-cap titles with odd punctuation, B.ARK is a shoot ’em up adventure from Tic Toc Games. Their last release, Adventures of Pip, was great, and I hoped the same would be true here. Sadly, that’s not quite the case, though there’s still good fun to have.

You control up to four furry critters in an effort to stop the galaxy-threatening Dark Tide. The problem with the plot isn’t its theme or the way it’s developed. After all, shmups don’t need stories. But the critters’ text, which appears in the bottom corner of the screen, can be tough to catch in the heat of the moment. Limiting these to cutscenes, or even better, having them narrated, would have aided the plot. Backstories fare better, as memories are viewed sans action but must be unlocked on each level, a fair replay incentive. 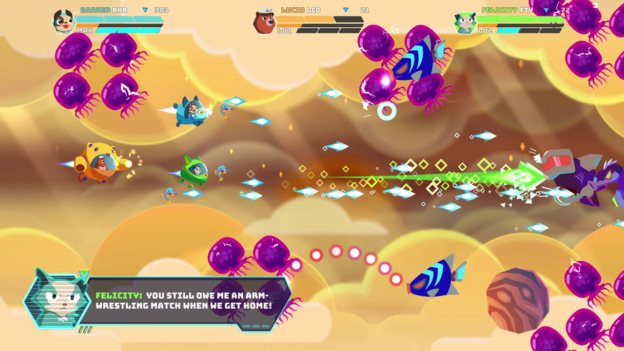 High scores are another replay incentive. While there are no online leaderboards, you and local buddies can add a dose of competition to the cooperation by comparing top scores. And with three difficulty levels, the scores can vary quite a bit.

But you won’t want to replay a game if it’s not enjoyable. Thankfully, B.ARK has plenty to enjoy, with much working in its favor. Each critter has unique weapons, and it’s fun experimenting with different weapons, discovering which works best on each planet level. That’s right, don’t expect to find a favorite and stick with it for each planet. Mixing things up is a sizable part of the enjoyment.

The Spread Shot is probably the most consistently helpful. Homing Bullets prove useful on most bosses and vertical levels, making it my personal favorite. Shooting Buddies brings CPU allies of value for solo players. Lastly, exploding bullets might be best for those looking to maximize their challenge. Would I have liked a couple more critters? Sure. But I like the four that are here. 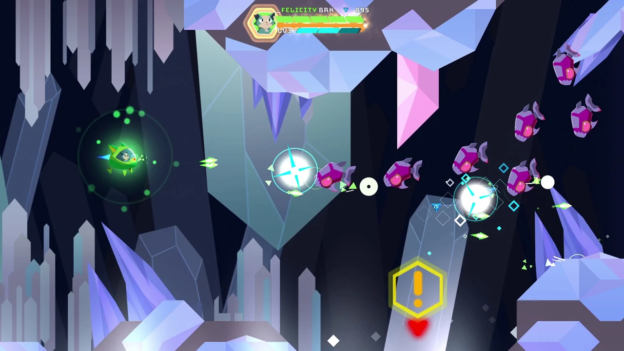 The boss encounters (each level has three) are notable in their altering patterns. Just when you think you have them figured out, they change things up to keep you on your toes. A diverse mixture, these bosses are a significant enough element to the plot that I won’t spoil anything more about them.

B.ARK nails the Saturday morning cartoon vibe Tic Toc was aiming for. If you’re used to playing shmups against the dark backdrop of space, your eyes are in for a colorful treat. Some planets shine more than others, but it generally puts across an enjoyable atmosphere. I like the way the camera zooms in on occasion. 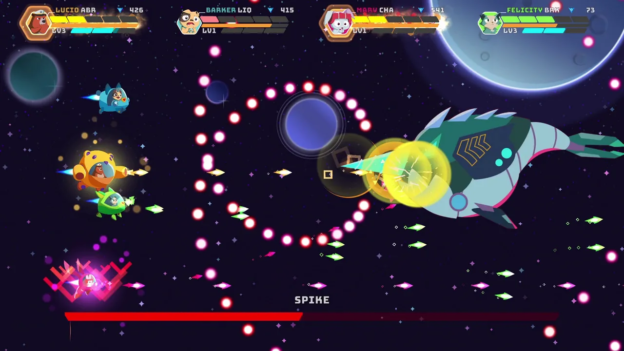 After seeing the end credits, which won’t take long (less than two hours), Venus gets unlocked. This seventh chapter is a boss rush mode. Sadly, previously unseen slowdown rears its ugly head enough to negatively impact the gameplay. To see a short game end on a sour note is something of a bucket of bummer balls.

Unless you plan on replaying levels on increased difficulties, the content is light here. I think the $9.99 launch price is fair, as I’ve already replayed some planets. But I’d make sure you have someone to play alongside. Families might especially like this game, as it’s one everyone can enjoy. It’s comical at times, and (on normal difficulty at least) the life bar lets you take hits, powering you down rather than exploding you instantly. 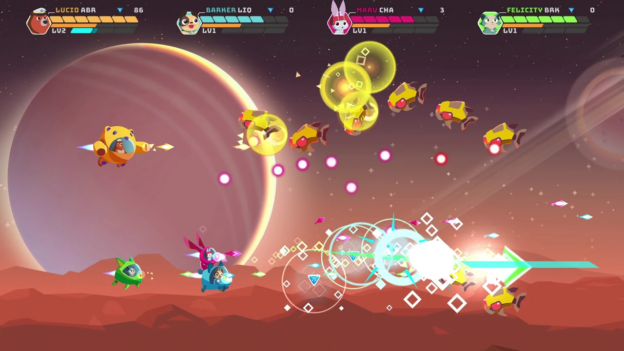 I have a couple more notes for Tic Toc that I’d like to see implemented in a future patch. It’s an annoying waste of time to back out and change pilots. Please have the option available at the start of each level. Also, it’s an oversight not to let players jump in at any time. I shouldn’t ever be stuck flying solo in an arcade-style shmup if I have a friend who wants to jump in on a whim.

B.ARK is a fun (if awkwardly named) shooter that could use a bit more content and final polish. It’s hard not to like the game for its colorful presentation and fun gameplay. But it’s also hard to love it, knowing what it lacks at present. Make sure to grab Adventures of Pip first, but add B.ARK to your eShop wishlist.

B.ARK is a fun (if awkwardly named) shooter that could use a bit more content and final polish. It’s hard not to like the game for its colorful presentation and fun gameplay. But it’s also hard to love it, knowing what it lacks at present. Make sure to grab Adventures of Pip first, but add B.ARK to your eShop wishlist.