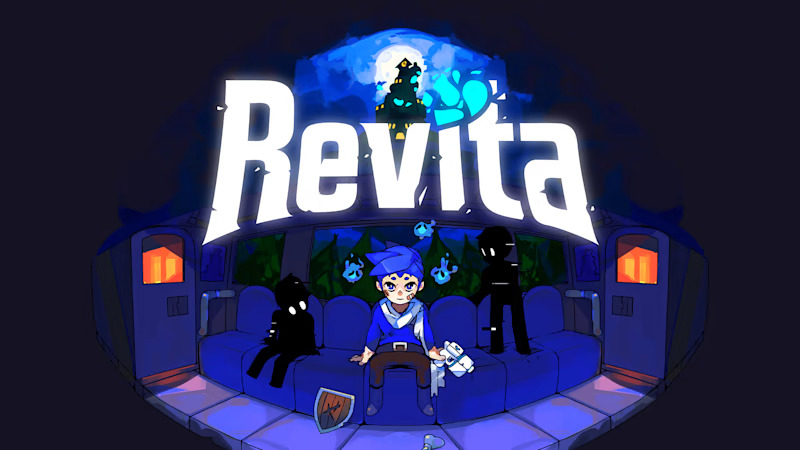 Revita is many things. For one, it’s pegged as an action-adventure game. For another, it’s a mysterious and slightly creepy tale of a boy stuck in an unknown realm. He saves souls as he embarks on his own journey of self discovery. Finally, it’s a twin-stick shooter crossed with a platformer, which happen to be two of my favorite genres. Add all that together and you’ve got yourself a pretty decent combination to sink your teeth into.

In Revita, you find yourself alone on a strange subway platform. Boarding a train takes you to various stations ripe for exploring. Each station is actually a tower, with our protagonist using an elevator to climb higher and higher until he reaches the top, defeats the boss, and makes his way to the next platform. 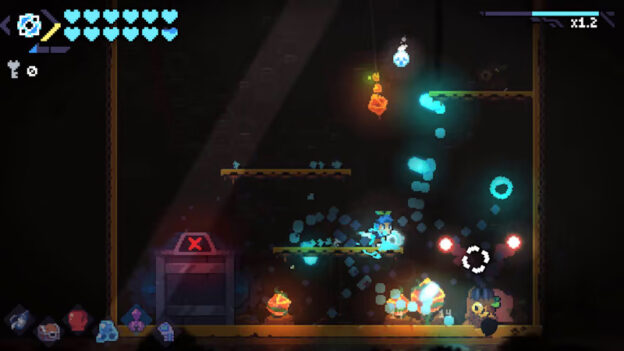 The towers provide a mix of enemies and treasures to kill and discover, respectively. The levels are procedurally generated, so each playthrough is a new encounter. I’m not usually a fan of random levels, preferring to master courses before conquering them. These levels, however, are so short and sweet that it’s hard to distinguish between them, let alone recall previous incarnations. Of course, that could also be taken as a negative since it insinuates a lack of variation. The rapid pace helps counter this, along with a strong desire to climb ever higher in the tower.

Your main goal is to destroy enemies and collect the souls trapped within. When you’re about halfway up the tower, you’ll encounter a shrine, offering the option to trade for upgrades. This is one of the most interesting features of Revita; you trade souls for health, and trade health for treasures or powers. It’s a unique concept that works very well. I found myself constantly weighing up whether to sacrifice one of my hearts in exchange for a certain upgrade. If I’m left with only one heart of life, is it worth it? That’s a risk you’ll have to take for yourself. 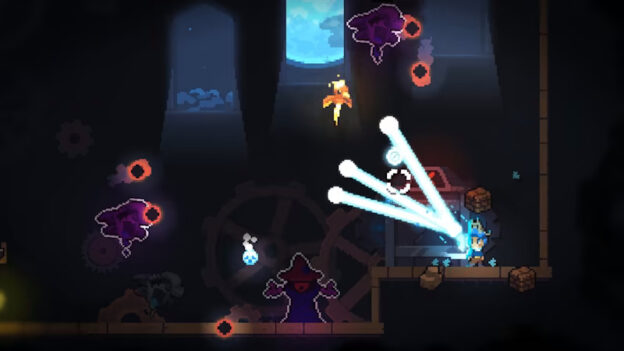 Speaking of powers, there are many to choose from, which is another fun aspect. You might be granted the ability to poison enemies, damage them by dashing, or even temporarily increase attack. Skills are ranked by their rarity. For example, more common ones only cost half a life, which helps evaluate the risk of purchasing. There are also shops and treasure chests along the way, allowing for many opportunities to upgrade as you progress.

Gameplay consists of running, jumping, and dashing across platforms in a small room while shooting anything in sight. Enemies spawn and attack while you shoot using the right stick and ZR button. It’s easy enough to pick up and play, though there’s an interesting button configuration choice in terms of the jumping, which utilizes the L button. I’m so used to jumping with B that this took a little getting used to. You can change it, though the developer recommends sticking with the default. I chose to stick it out, and quickly became used to it. 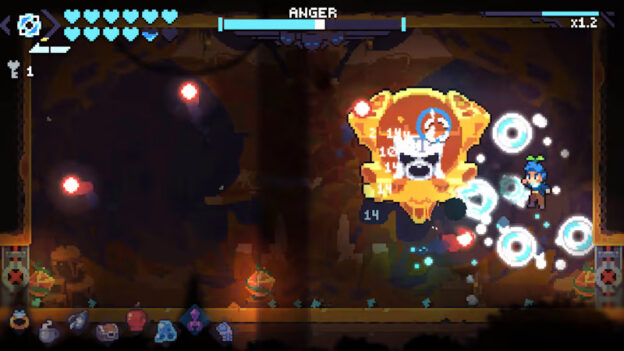 Graphically, Revita presents a gloomy world sporting a 16-bit retro aesthetic. Pastel blues are used to highlight certain elements, like lights and your own bullets, accentuating the drama. The large and colorful sprites also stand out, bringing the characters to life. I also love the animation of elements like the elevator, with subtle steampunk vibes reminiscent of a Studio Ghibli film.

The only negative of Revita is in its replayability. If you’re a fan of conquering randomized levels over and over again, only to be thrown back to the beginning, you’ll likely enjoy it. If that sounds frustrating to you, then you likely won’t. Either way, it’s a well-crafted title that looks and plays in a satisfying way for the genre.

Overall, Revita is a game with a lot going for it. Part roguelike, part shooter, part platformer, it has something for everyone. Throw in a melancholic story and addictive gameplay, and you’re in for an enjoyable time.

Revita has a lot going for it. Part roguelike, part shooter, part platformer, it has something for just about everyone. Throw in a melancholic story and addictive gameplay, and you’re in for an enjoyable time.