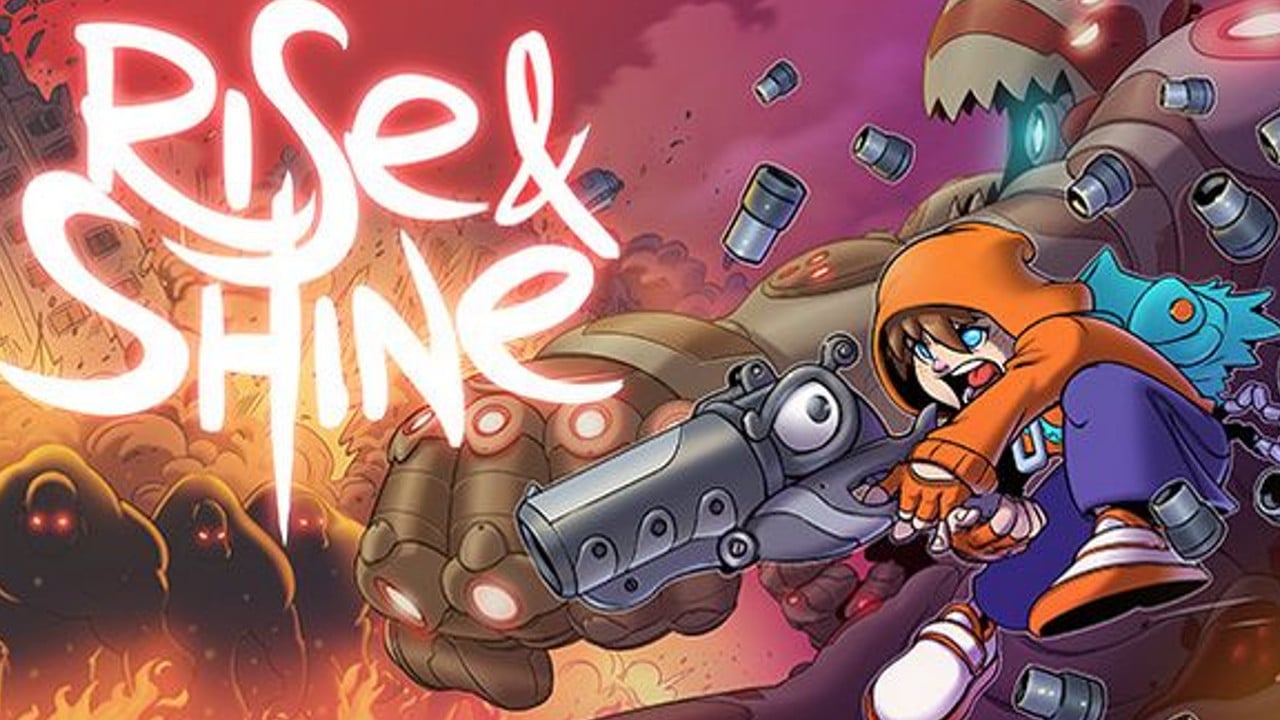 I remember playing Rise and Shine a couple of years ago and walking away with positive outlook despite the flaws in the story. After returning to this quirky little title, my feelings haven’t changed. This is a solid title with fun gunning, platforming, solid puzzles, stylized art, and homages to classic franchises, but it’s still burdened by the less-than-stellar plot.

Rise and Shine has a fairly simple plot that starts out as an interesting idea but starts to fall apart in the later hours. This tale begins with a young boy, named Rise, being separated from his mother, when he stumbles upon a fight between the legendary hero and villainous space grunt. After this altercation, the savior of Gamearth falls, leaving his trusty gun, Shine, to the young boy, who uses the talking firearm to get to his mother and eventually… save the world. While this plot doesn’t seem too awful, the problem lies in the simple fact that the villain, along with his relationship with the protagonist, is announced too early in the plot to have any impact on the end game. 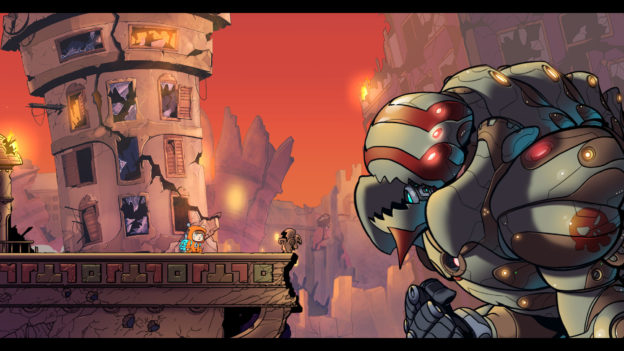 While weak in story, there is a lot of fan service to gamers, with parodies from the Legend of Zelda to Flappy Bird and Gears of War. These nods to these franchises range from main characters, cameos, and enemies. My favorite example was when the Duck Hunt dog blew up a bridge and did the iconic giggle.

Gameplay is a mixture of platforming and shooting with some puzzles scattered throughout. As far as Platforming goes, Rise only has a jump and a double jump that is more than sufficient to overcome obstacles. On the other hand, Shine has a couple different bullet types such as electric, explosive, and remote control. These different variants all have their uses in combat, an example of this would be that the only way to defeat shielded enemies is with an explosive shot. Other elements to firefights are health management and keeping track of the environment. These two things are important because while health does regenerate, it is a slow process. This means Rise needs to be able to hide behind cover in order to stay alive in tense moments. While there are plenty of places to hide, these covers are temporary since these bastions of safety can be destroyed by gunfire. In between the platforming and epic battles there are a few light puzzles which mostly consist of shooting a switch to open a path to continue forward. While these are the majority of the puzzles, they do manage to utilize all the tools in Rise’s arsenal in order clear the way. My favorite one is using an RC bullet to navigate a maze of turrets in order to get to the switch. I personally enjoyed how all three of these elements came together in each area and didn’t overstay their welcome. 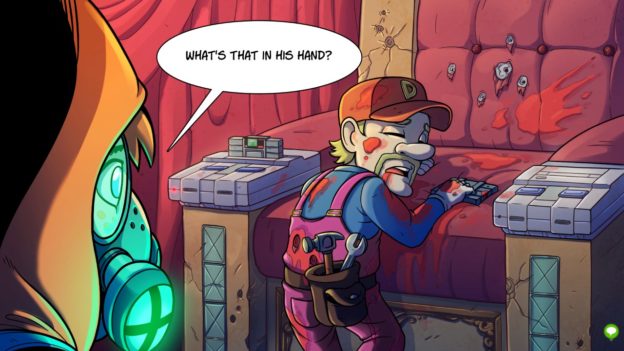 Art and animation are spectacular, to say the least. I enjoy the mixture of comic book style art mixed with 8-bit and 16-bit sprites. It’s really cool to see something like a group of well-drawn doves flying across a crumbling skyline and see flappy bird amongst the flock. This art style also translates well into the cutscenes, which are well crafted comic panels that utilize text bubbles and voice actors for the dialogue, while the addition of voice acting is nice, it is not necessary, since the quality of these panels are stellar.

Rise and Shine is a game that still holds up from my initial playthrough a few years ago, and it’s a perfect fit for the Switch. This game makes up for the less-than-interesting story with, fun gameplay, fan service, and quality art style. If you haven’t played this yet, I highly recommend you go pick this up and give it a try.

Rise and Shine is a delightful title that pays homage to a lot of great franchises, and has solid gameplay. While the story elements could be better, this game is still entertaining until the end.