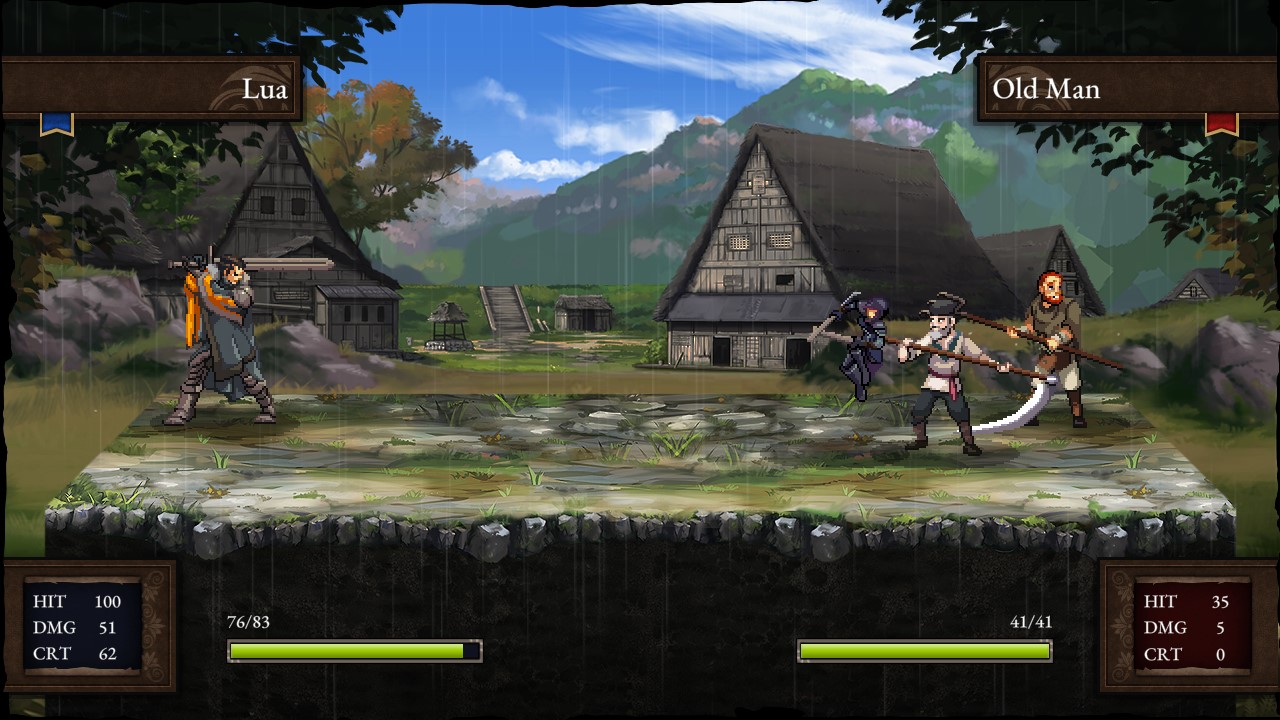 A tactical RPG throwback with everything except the challenge.

Rise Eterna is a respectful throwback to a time when tactical RPGs were about the battles, not about petting faces or shipping your teacher. Unfortunately, it’s also a reminder of just why tactical RPGs now ask you to do things like pet faces and ship your teacher.

The story begins when a mercenary cook, Natheal, heads to a village to find out why his employers haven’t returned with their loot. Ends up, they’re all dead. So are the villagers. Only one young woman, Lua, has survived. She immediately develops a strong dislike for Natheal, but is too beat up to do anything about it. So, the two reluctantly join forces to figure out what’s going on.

Before long, they’re joined by more characters who may or may not be aware of a secret plot weaving through the kingdom. There are 14 characters in all, 11 of which you’ll acquire through story progression. 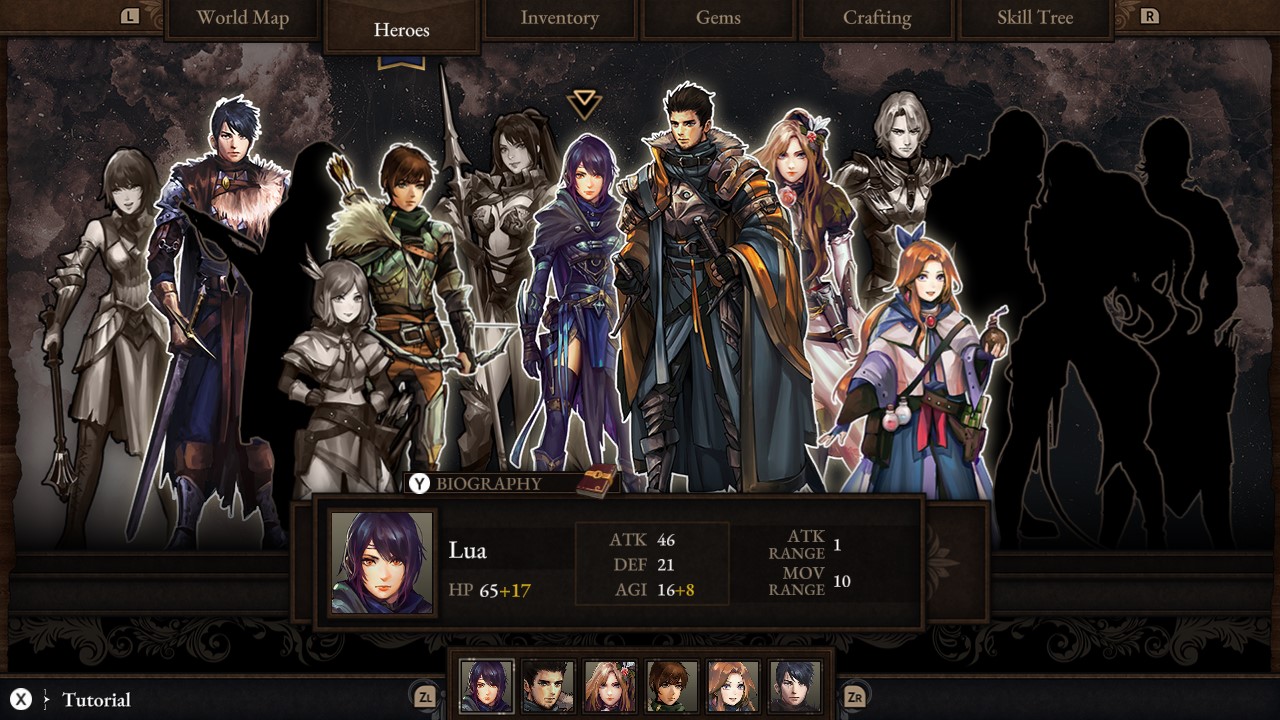 Each specializes in a specified weapon type—sword, lance, arrows…you know the routine—but there is no Fire Emblem-style weapon triangle. Weapons only serve to alter your power and range of attack. Lances, for example, can attack two squares at once. Arrows can hit distant targets.

As you’d expect, movement is grid-based. Each level is laid out with a top-down view as in Fire Emblem or Langrisser. You move your characters and attack in the order of your choosing, then the enemy gets their turn. Level goals mostly focus on either wiping out all enemies, wiping out a specific enemy, or just reaching an end-point. 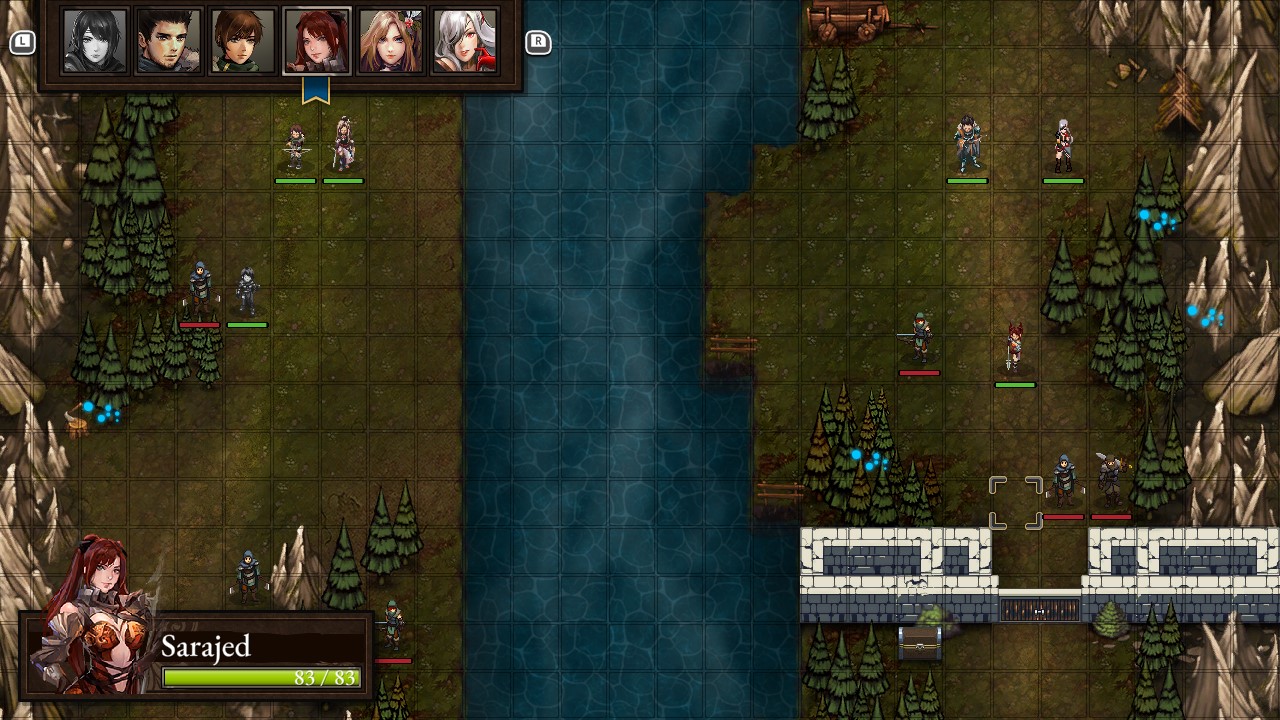 It’s all very familiar, but there are a few interesting twists. First, your characters don’t level up at all. Instead, you acquire skill points that are assigned to a dual-path skill tree. You also pick up gems that can be assigned for boosts to defense, attacks, health, etc. The benefit to this is that you can remove the gems and assign them to other characters as needed. They can also be traded in for crafting materials, which are quite important.

Each level of Rise Eterna is littered with pick-up points from which you can grab resources such as berries, wood, stone, and such. These items are used to craft potions that can aid you in battle, keys for unlocking chests, and more. You can even choose to build items such as axes and shovels that will yield better items at these pickup points. It’s a fun system that forces you to put more thought into the between-level planning. And let me suggest that you craft chest keys whenever you can.

Even with crafting, it can be difficult to get the items you need early on. Rise Eterna suggests you replay levels to get more resources, and they incentivize this by also hiding a few optional characters in levels that have to be completed a second time. I repeated a few early in the game, but then…

Well, I seriously dug the first half of Rise Eterna. Although most of the characters were annoying, the story moved at a decent clip, and the battle grids were vast and unique. By the time I reached the back half, however, everything just became too easy. The skills my characters picked up through their skill trees left a few of them overpowered.

Take my archer, for example. When he acquired enough skill points to double his shots and then move again after getting a kill, he was untouchable. I could move him into danger to get a kill, then move him right back out. Add the dancer who can make him move again, and now he’s guaranteed two kills without fear of retaliation. What’s more, he could shoot through walls on indoor levels. I was able to kill enemies who couldn’t reach my characters, clearing out hallways for them to just walk right through. 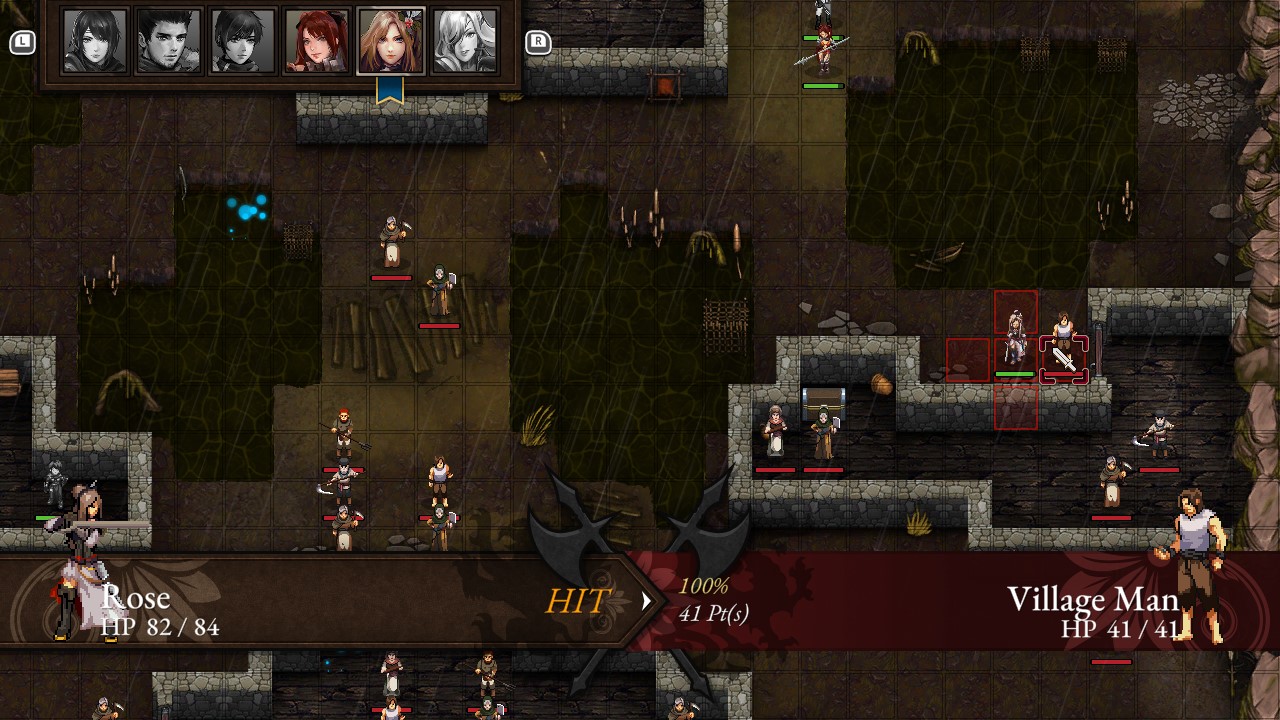 Well…except for the traps. Many levels have hidden traps that can poison your characters or cause them to bleed across multiple turns. The only way to detect them is to see where the enemy can move; if a square within reach is marked red, it means the enemy will not stand there. So, killing the enemies too soon with my archer meant that I wasn’t able to get these clues. By the end of the game however, the ongoing damage caused by the traps wasn’t a threat.

Rise Eterna has a few other problems, too. Although you can acquire 14 characters, you can never take more than six into battle. As a result, there are some you’ll just never use. Levels that force you to use certain characters would’ve solved that problem. The UI could also use some work, especially on the battle screens. Informational windows often overlap the grids you’re trying to see, making it impossible to determine an enemy’s attack range. Unlike in Fire Emblem, you can’t click a button to leave the enemy attack area on when moving your characters.

There’s also no easy way to see what items an enemy may have. Even with your own characters, you have to select the Use command to see what’s in his/her inventory. This was annoying when I just needed to remind myself of who had a door key or a pickaxe.

Finally, the ending is very abrupt and unsatisfying. If felt tacked on, as if they were going to set up a sequel (which I’d like to see), then bailed. Certain moments don’t get enough build-up or resolution. This is especially troublesome because of the moral ambiguity throughout the game. The story requires us to wipe out entire villages of common civilians, and brushes it off with a joke and a shrug. Kill the wrong guy? Oh well, that’s war for you!

This is too bad, because Rise Eterna has quite a bit going for it. I already mentioned that the pacing is good, focusing solely on the turn-based combat. The visuals are fun, too; the maps look like they’re from the DS era, while the combat animations recall the Fire Emblems you may have played on the Game Boy. It’ll feed your nostalgia. 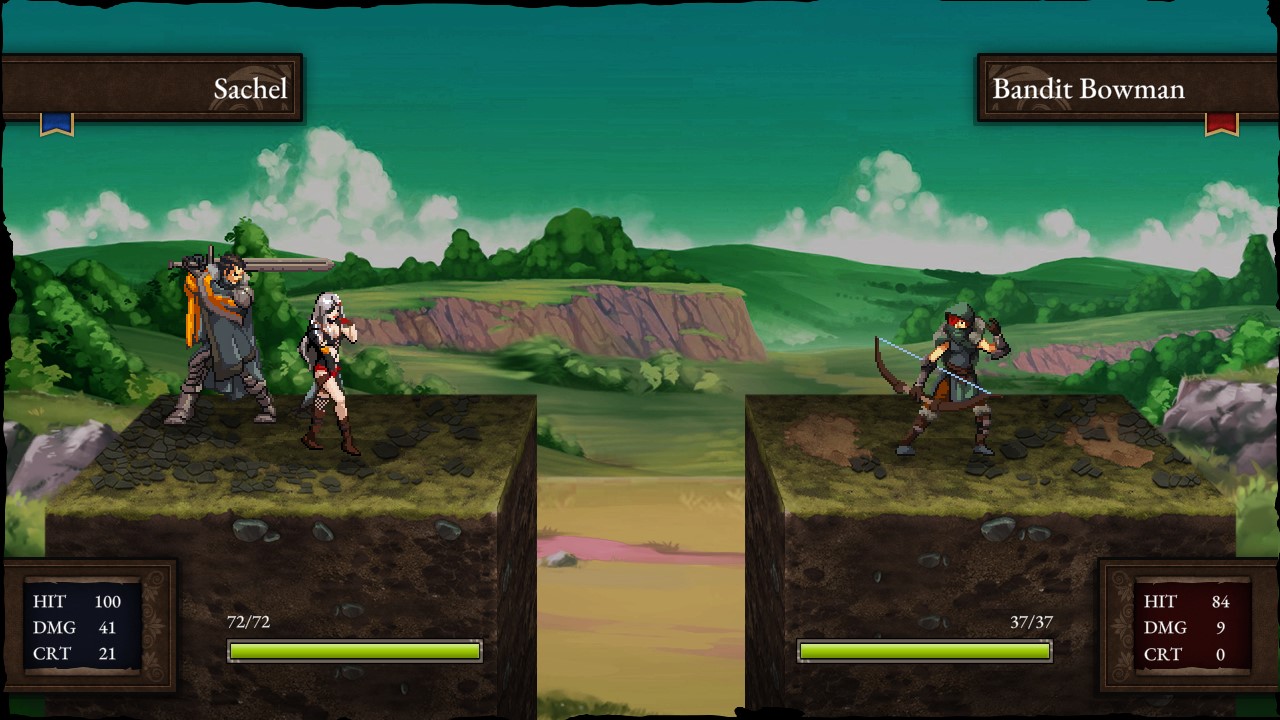 In the end, though, nostalgia is the main reason you’d want to play Rise Eterna. It’s unique enough to appeal to those who enjoyed turn-based strategy games like Langrisser or Banner of the Maid, but it won’t replace them in your list of favorites.

Rise Eterna is good enough to give tactical RPG fans something to enjoy while they await big studio releases, but its lack of difficulty and unfortunate UI issues will prevent other gamers from playing through to its unsatisfying ending.