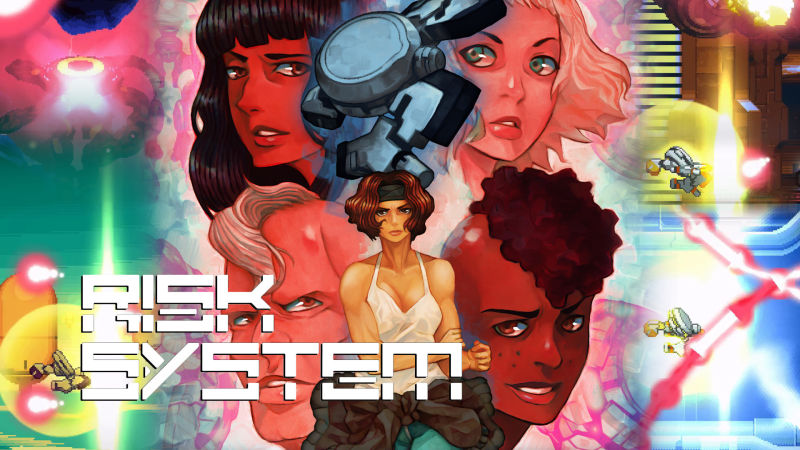 Risk System is an action arcade game developed by Newt Industries and published by Hidden Trap. It’s a shoot ’em up that takes its controls to a new level. If you’re a fan of these types of games, then there’s a lot to love about this one. 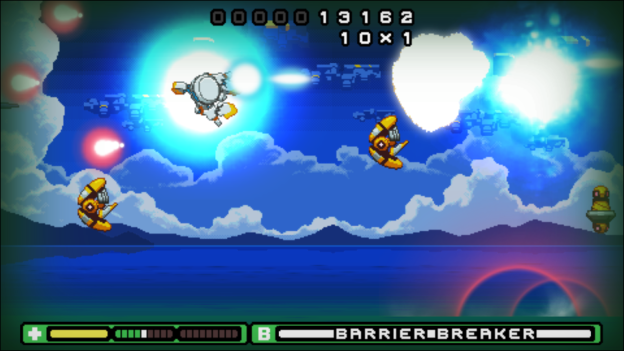 Learning the controls of Risk System is easy enough. You can move, do a barrel roll up or down to dodge enemy attacks, and use a bomb. There is no button to shoot. Oddly enough, your plane automatically fires when it lines up with an enemy.

The automatic fire takes some getting used to, I’ll admit. It was difficult at first because when you dodge the attacks from the enemy, you’re no longer firing. Normally, you’d be able to aim and shoot while staying out of the way, but that wasn’t the case here. 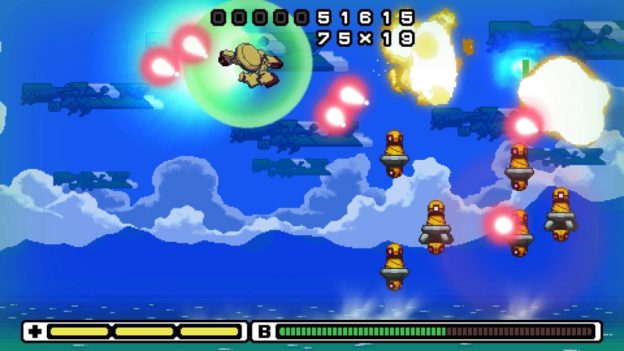 It’s not my preferred method of shooting games, but it still works. Personally, I found it frustrating not to be in total control and consequently, I died a lot. However, it made Risk System more challenging and it was still playable so I didn’t mind. The best part is that when you die, you restart the level. Or, if you made it to the boss, you’ll restart at the beginning of the boss fight. So, it’s not totally unforgiving.

The gameplay involves you dodging enemy attacks and patterns. There isn’t any background debris to dodge, it’s just you and the enemies. With that said, it became repetitive after a few hours. It was still challenging, but with little gameplay variation involved, I wasn’t addicted. 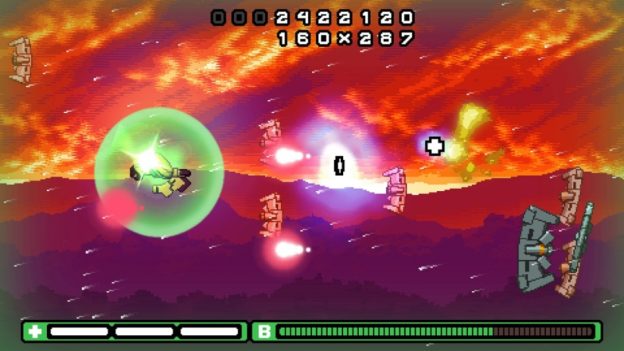 I enjoyed the pixel graphics and the banter between the characters. Depending on how well you do in the game, there are multiple endings. I only played through the game once, though. There are many flashing scenes and while there is an epilepsy warning at the beginning of the game, the flashing was a bit much for me to handle. I’m sensitive to bright lights, so it probably bothered me more than it would others. I had to turn the brightness on my Switch all the way down and skip some cutscenes so I couldn’t fully enjoy the vivid colors of the levels or the main story.

Overall, Risk System isn’t bad and I did enjoy my time with it. It’s a unique spin on shooting games that anyone could pick up and play. The game ran smoothly and the graphics and voice acting for the characters were well done.

Risk System is a fun action arcade game that will keep you busy for a few hours. However, the repetitive gameplay may end your session early.