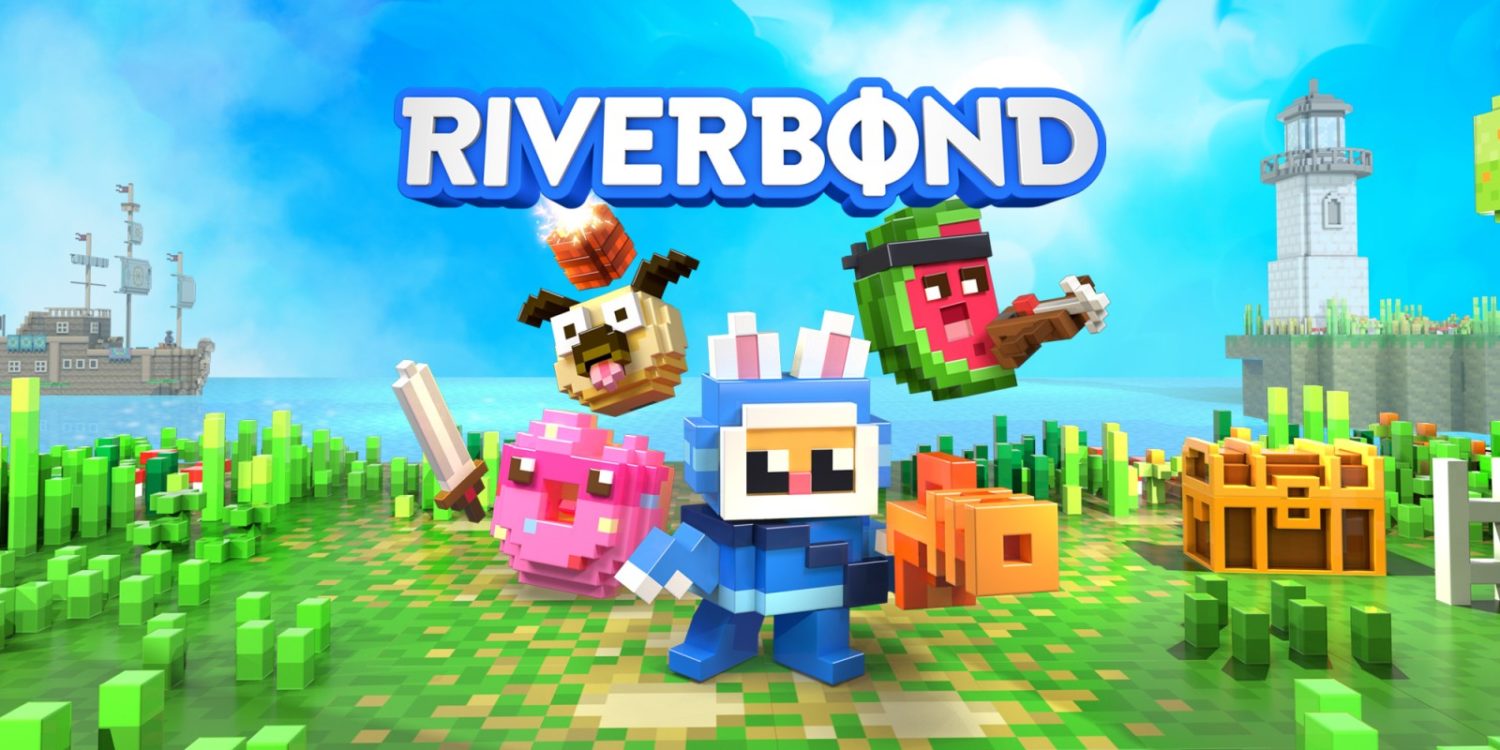 Chaotic, destructible environments and high-flying action are usually the types of things you find in realistic shooters like Battlefield or Just Cause. The Nintendo Switch doesn’t have either of those, so to fill that genre, we have Riverbond. A couch co-op adventure title with hack ‘n’ slash combat in a voxel world, Riverbond is the cutest game I have ever played that also allows me to destroy nearly everything in each stage. While battling from quest to quest, you and up to four friends can move through the world of Riverbond in order to become the heroes the people need in this dire time.

A villain known simply as “The Knight” has taken the kings of each of the Eight Worlds and hidden them away. This is causing horrible conditions for the simple folk who call these lands their home. Your band of intrepid heroes must travel through each of these worlds in order to best the baddies and place the leaders back into power. Meeting with each of the charming characters along the way makes for a heartfelt adventure, but the story lacks in staying power, as it devolves quickly back into simply being a button-mashing action title.

The chain of quests consists of being given an objective at the start of each stage as you progress through each world. Anything from killing a certain number of enemies to collecting a bunch of eggs are the types of things you will be tasked with. It doesn’t get much deeper than that, as you’re probably defeating all the enemies in your exploration anyways. The more interesting objectives include you simply running up to items and holding a button to pick it up. That’s that. You can add a bit more depth for yourself if you wish through finding all the chests and presents in the levels. These offer new skins and weapons for you to use, as well as racking up coins for maximum high scores. The fact that not a lot is asked of you is something that I think lends itself more to the couch co-op gameplay, as you and your buddies can just mess around busting up houses and enemies while you slowly make your way through each level. However, if you are a solo player, then this is quite a boring loop.

Between ranged and melee combat, you have some differentiation to the ways that you can play. This takes the monotony a step back, but all in all each differently skinned item you are using to bash away at the various animal humanoids is different only in attack speed and damage. There are some comedic options, like food or toy-like weaponry, but at the end of the day it just feels more like another cosmetic option. You do, however, have to maintain a long-distance and close-combat weapon. Sometimes enemies are placed in areas where you cannot reach them, or you need to give yourself some space from that big, bad, boss enemy. Either way, this barely changes things up.

Bosses are probably the only things that give this title a real break from what you are normally doing from level to level. With massive arenas and terrifying yet cuddly megaliths, you have something to look forward to after plowing through the regular stages. There is definitely a difficulty spike when playing by yourself in these fights, but all in all nothing here is going to give you much of a setback.

The art style is definitely something to take note of, as one of the few saving graces for this experience as a whole. Voxel work is something I find to be very aesthetically pleasing, but always makes me think of Minecraft. Luckily, the top-down perspective and the way in which the environment is torn down in explosive fashion separate it from its mining cohort. Each stage was clearly lovingly crafted, as the detail here is impeccable, and running around in these areas is a delight, regardless of the fact that what you are doing feels so dull.

Riverbond disappointed me. When I first saw a trailer for the game, I got vibes of some extravagant adventure title with quests and a great story. Something that I could sink time into, with all the charm in the world and some comedic relief. However, all this title ended up being was a good-looking hack ‘n’ slash with very little depth to the experience. Although I can safely say fans of the genre will definitely feel a bit better about this title, and may even really enjoy it when you take the other positives along with it, I just feel like there was something that didn’t come together as planned. Recommended for those looking for a way to waste some time with friends, but I think you can find better experiences out there.

Riverbond coaxes you in with its charming feel and aesthetically pleasing voxel graphics, only to thrust you into a monotonous hack ‘n’ slash. With the plethora of other games that have interesting art styles and incredible looks, it is hard to let the gameplay here slide, even with its comedic relief and destructible environments as a backer.