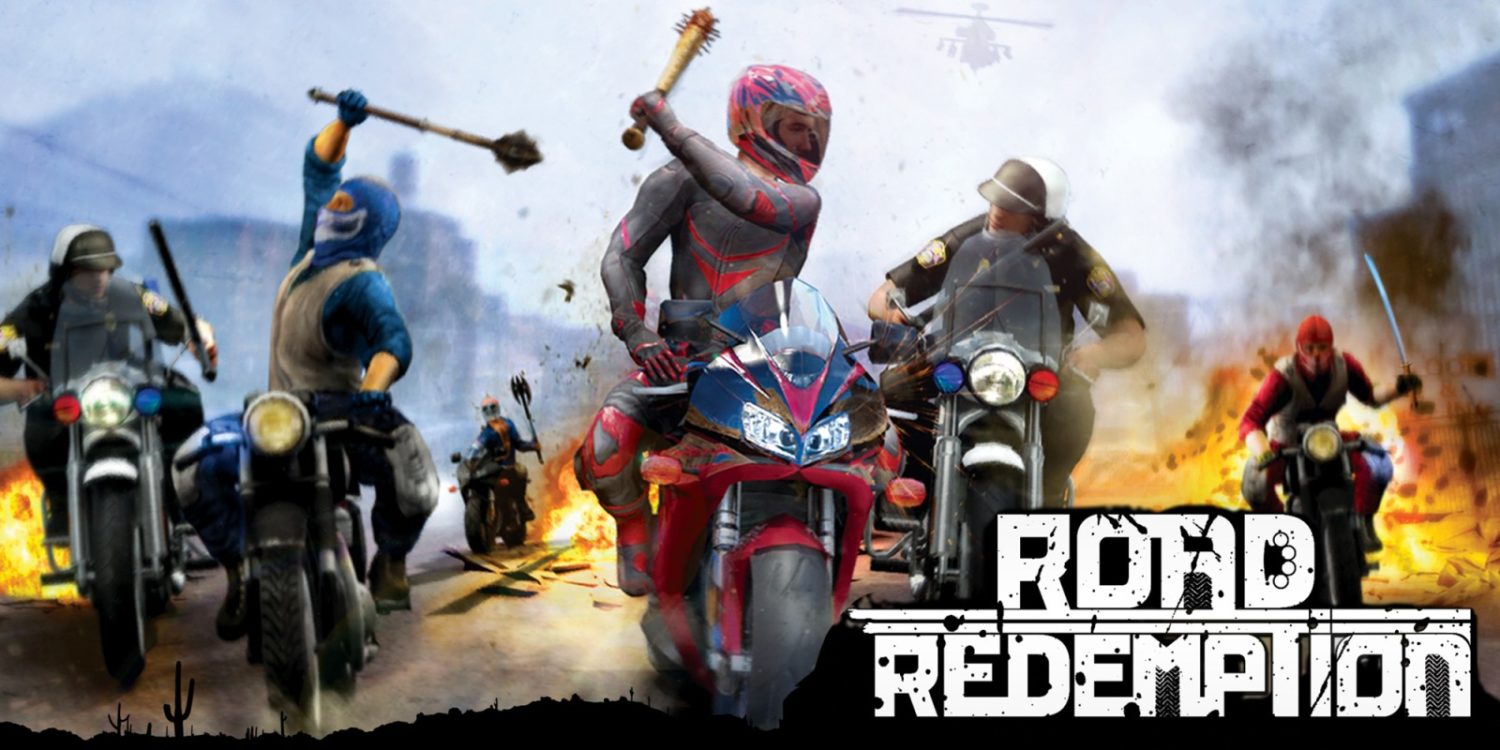 Motorcycles and violence – it’s a mixture concocted by Road Redemption in a fun, arcade style that is easy to lose yourself in, just for pure enjoyment.

The art direction suits the game perfectly, producing landscapes for inevitable ‘accidents’, and while the graphics won’t blow anyone away, they are still a solid asset to the game environment. The menus and music are reminiscent of titles like the SmackDown! wrestling titles on PS1, with the music seamlessly following you from the menu into the gameplay. Much like the graphics, the music is a sound fit and an adequate component of the game. It’s got plenty of rock to it and it adds to the aggressive biker tone and the arcade-like feel of the game itself. 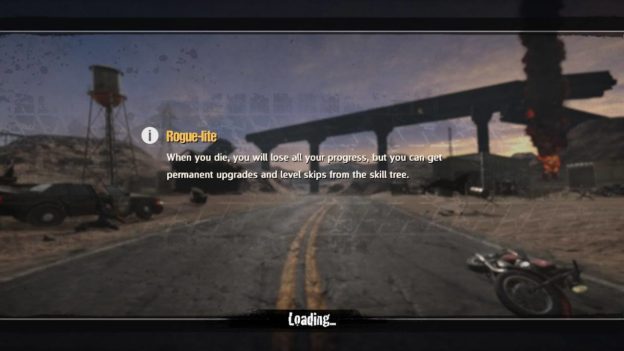 These load screens bring back memories

Gameplay is, for the most part, fantastic. It feels great and easy to master the controls fairly quickly, especially once you get familiar with pressing LZ to sharpen your turning. Using nitro to boost is enjoyable, allowing you to move at high speed with your fingers crossed in the hope you don’t collide with an oncoming vehicle. If you do collide though, a quick but slightly gruesome death scene will only keep you out of the action for a second. It’s a game that doesn’t punish harshly for deaths, and it works.

Weapons are a lot of fun. You can boot your opponent off their bike or whack them with a sword. There are a multitude of weapons to use, discover and upgrade, which will help to keep you playing, especially in up to four-player split screen. The timed detonator was especially enjoyable, with a timer of about two seconds quickly decreasing as you work to get out of the way before a very satisfying explosion.

Using the gun was the one disappointment in the entire game. Suddenly the controls were totally changed with no indication, even initially. Shooting the gun originates from the L button, which is a huge problem because you will likely take your finger off the ZL button, which allows you to accelerate. It’s cumbersome and awkward, in addition to a completely different way to steer your bike. In the end, it was easier just to never use the gun ever again. Another issue was getting stuck for a short period trying to drive back onto the road while being obstructed by the road’s edge. It doesn’t happen often and it’s forgivable for that reason. 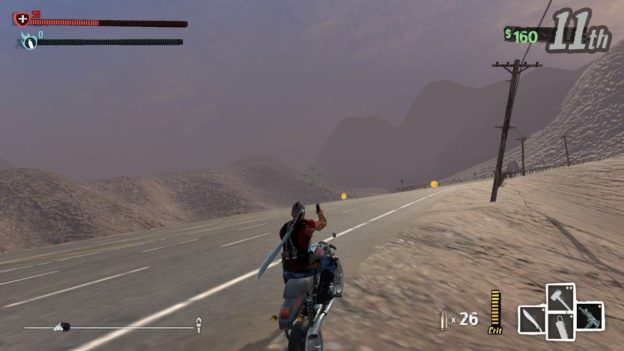 The weapons are mostly great, but you’ll want to keep the guns away

The spiritual successor to Road Rash is a solid game and by its own merits, nevermind being based on a game of the past. It’s easy to get into, it’s fun to pick up and play, and there is plenty of content, not to mention local and online multiplayer. The campaign offers variety through not being exclusively about finishing first in a race with competitors. You will be assigned other tasks with different missions – such as taking out five enemies – keeping tedium at bay for a while. The swearing and violence may not suit some, but it adds to the atmosphere of this M-rated game. 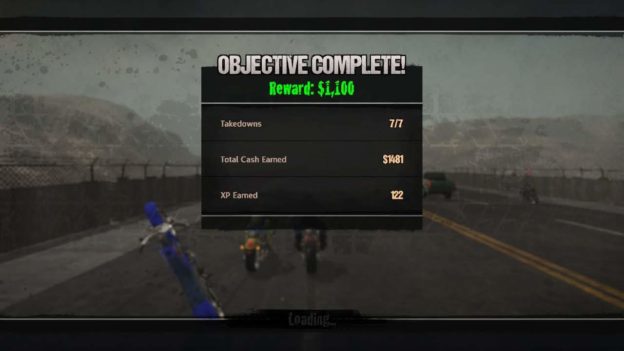 You don’t necessarily need to be into racing games to enjoy this game. Anyone can pick up and play and they will likely have a good time. It’s a simple game but it’s mindless fun right from the outset. It could perhaps do with a little more polishing in some respects, but for £17.99/$19.99 on the eShop, Road Redemption is an arcade-style throwback which is easy and enjoyable to play.

Road Redemption is a spiritual successor of Road Rash, but it fights with it’s own merit and proves it is still fun to play this type of arcade style game, even now in 2018.