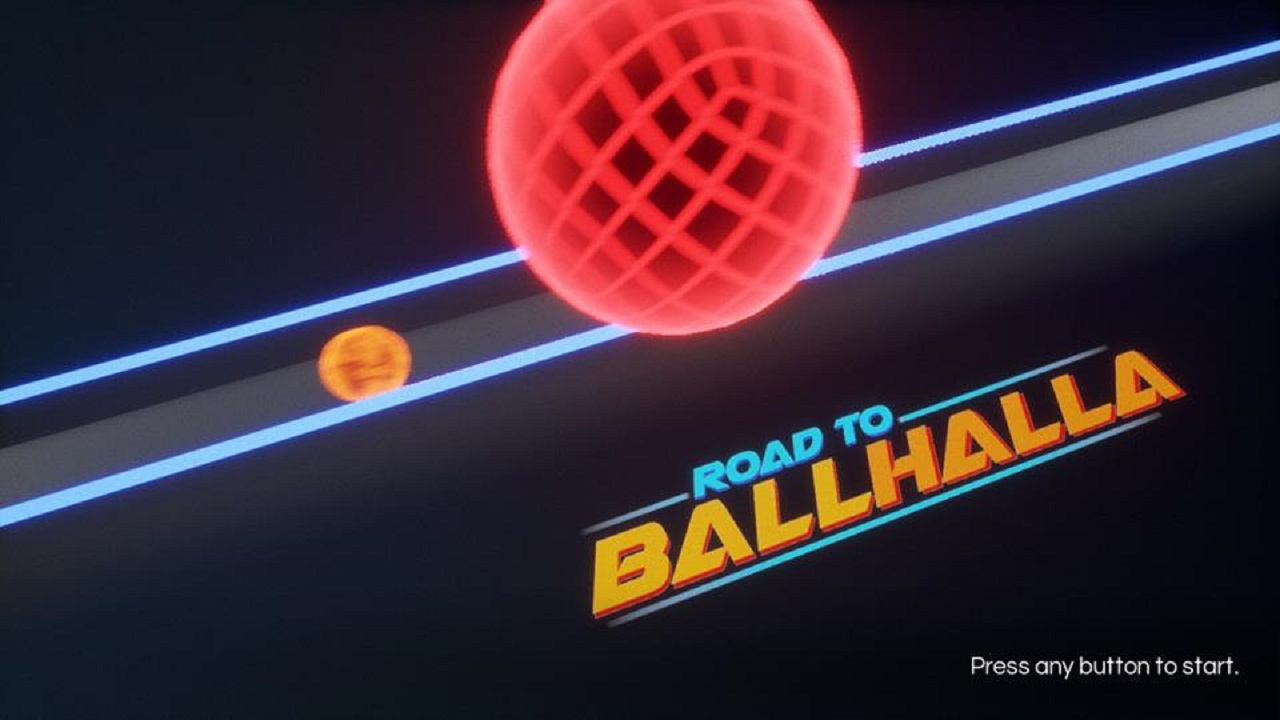 Road to Ballhalla is an arcade platformer game with various puzzles to play through and survive. It has rhythm-driven gameplay, each level getting harder as you progress, with each music track getting more upbeat and fun. You control a small ball, rolling around in an attempt to get through each level, collecting the dots on the road and making it to the end to move on.

The hub world of this game shows five levels for each stage. Once you collect enough tokens from each level, you can move onto the next stage. There are also bonus levels to earn more tokens. There are no themes for each stage. Each level introduces new mechanics than the last so when you make it to a new stage with another set of levels, it feels more like an accomplishment of moving on than anything else. 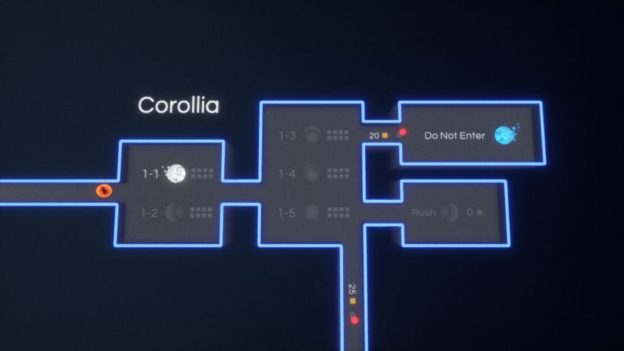 Most of the levels look easy at first glance but can be pretty tricky. They may not even be particularly hard but sometimes the ball slips and you die. There are no lives but each level does have a death counter. An accomplishment for each level is to respawn less than five times. So, while there’s no true consequence for dying a lot, you might miss out on a few tokens.

Some levels may require you to avoid lasers shooting throughout the stage or need blue orbs collected in order to step over blue tiles. Pretty much all levels contain red tiles that light up. They’re easy enough to avoid, though sometimes you have to step on the occasional red tile. It saps your health quickly if you’re on it while it’s lit and when your health gets to zero you, of course, die.

There’s a lot of variety in each level. There are also pink tiles that move – sometimes in a pattern, sometimes not – as well as blue beams that heatseek toward your ball. You’ll also encounter invisible paths, warping off the screen, or even turning it upside down. The game really keeps you on your toes and no two levels are the same. 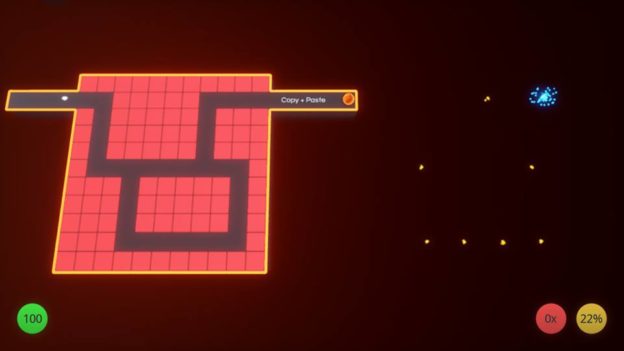 The simple controls run smoothly. The analog stick is used to move the ball. ZR can be held down to boost the ball, though that can make your ball go crazy and hinder your progress instead of help it. That’s all there is to it.

The music was fantastic. It was so upbeat and really fits in well with the levels. I was pleased the music beat along with the levels. It really helped time things out as you wait for a certain laser to pass by so you can let your ball go.

The graphics are also fun. Despite the levels themselves being on the darker side, everything else lights up as though it’s neon. The ball, the tiles and lasers, and even the dots you’re supposed to collect really brighten up the place. It’s pleasing to the eyes and it really helps to follow along with where you’re supposed to go next. 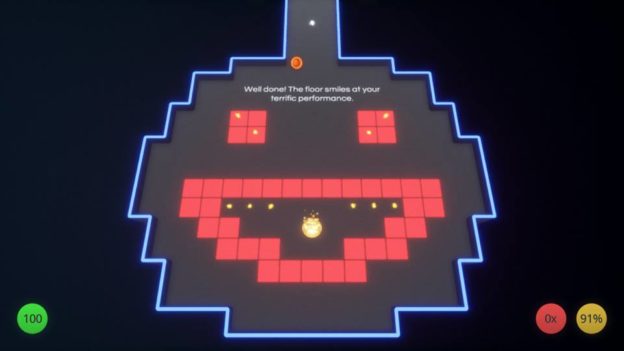 There is no story for this game. There’s only an unknown narrator trying to aid you through each level. The narrator speaks through text on the board. It pops up whenever it wants – sometimes at the beginning to explain something, sometimes after you die to explain what you did wrong, or sometimes just to be snarky. Well, most of the comments are snarky anyway. Despite not having a true story, this game really does it well. The comments are hilarious and it’s not afraid to be a troll.

Overall, Road to Ballhalla is a great game. It’s challenging, it’s funny, and it’s something different. The game autosaves as well so it’s definitely one to pick up and play as you go.

Road to Ballhalla is a great mixture of a puzzle and platformer all about survival. It’s challenging but fun. It’s a good one to pick up and play as you go.