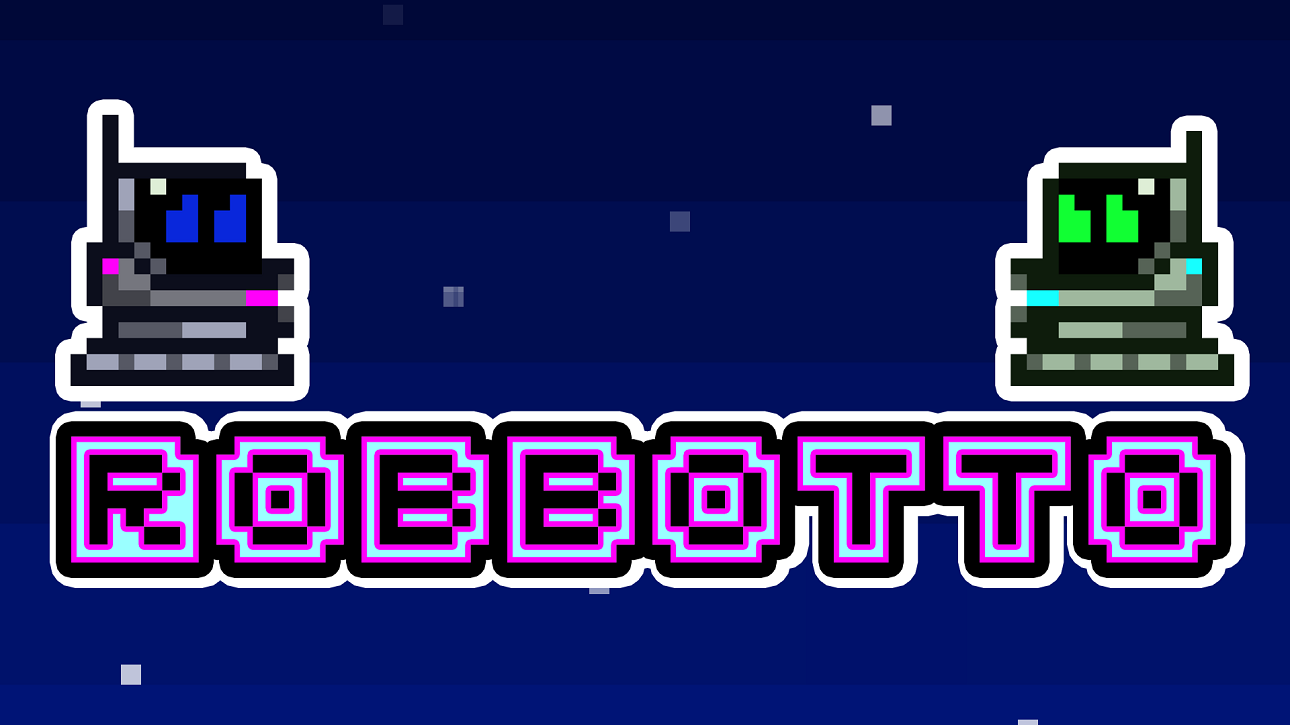 Don’t let the primitive graphics fool you, Robbotto is rather fun, mainly when played in co-op. If you’re a fan of classic arcade action, this game is worth learning more about. Just keep in mind that, the further you advance, the more issues become apparent.

The robotic pair of Robb and Otto must work their way through single-screen rooms of a spaceship, disabling malfunctioning machinery along the way. Each room represents a level (100 total) and after every 10 you’ll encounter a boss. This game reminds me of Bubble Bobble, a pretty understandable comparison both in layout and gameplay, and that is a good thing. Instead of placing threats in a bubble and popping them, the two-pronged approach here has you spraying enemy bots with water, then zapping them with electricity to short them out. In true co-op, each player only has one of these functions, which requires real teamwork. It made for some animated chatter between my wife and me.

There are three difficulty settings, but normal is more than enough for me. Robbotto is tough, but not always in an appropriate fashion. There are some frustrating spikes, especially with a few subpar boss designs. Hit detection could also be improved. It’s not just about making contact with enemies or not, sometimes I’d notice my head hitting the platform above (ruining my jump) even though visually I was clear of said platform. About two-thirds of the way through, the game starts challenging you by flipping the controls. It confused me, but most importantly, I stopped having fun. So there’s a real loss of momentum, specifically when playing solo.

Speaking of, the game only has a single player profile. So, when playing alone, I couldn’t bring my wife in to help – there’s no option to join a game in progress. Thankfully, I have different region profiles set on my Switch so I could play the game both ways from scratch, but that’s just a general menu oversight. I was also disappointed to see that achievements, featured prominently on the main menu, are just beating the game on each difficulty. A clear afterthought, this is such a disappointing, missed opportunity.

Robbotto looks a little too retro with its clunky pixels. At least the enemy variety is good, with a mix of passive robots that simply move back and forth to those that will chase and attack you. The sounds are average at best, and none of the tunes are particularly catchy. Nonetheless, this aesthetic presentation proves yet again that it is gameplay that is of chief importance. Play in co-op, and the various disappointments and frustrations lessen.

Robbotto is fun… when played with a friend. Solo is less enjoyable in the long-run, as the substandard hit detection comes to the forefront more. With things such as uneven difficulty, missed achievements, the odd glitch here or there, and more, Robbotto is just okay. At $9.99, you really best make sure you have someone play with.

Robbotto is fun… when played with a friend. Solo is less enjoyable in the long-run, as the substandard hit detection comes to the forefront more. With things such as uneven difficulty, missed achievements, the odd glitch here or there, and more, Robbotto is just okay. At $9.99, you really best make sure you have someone play with.