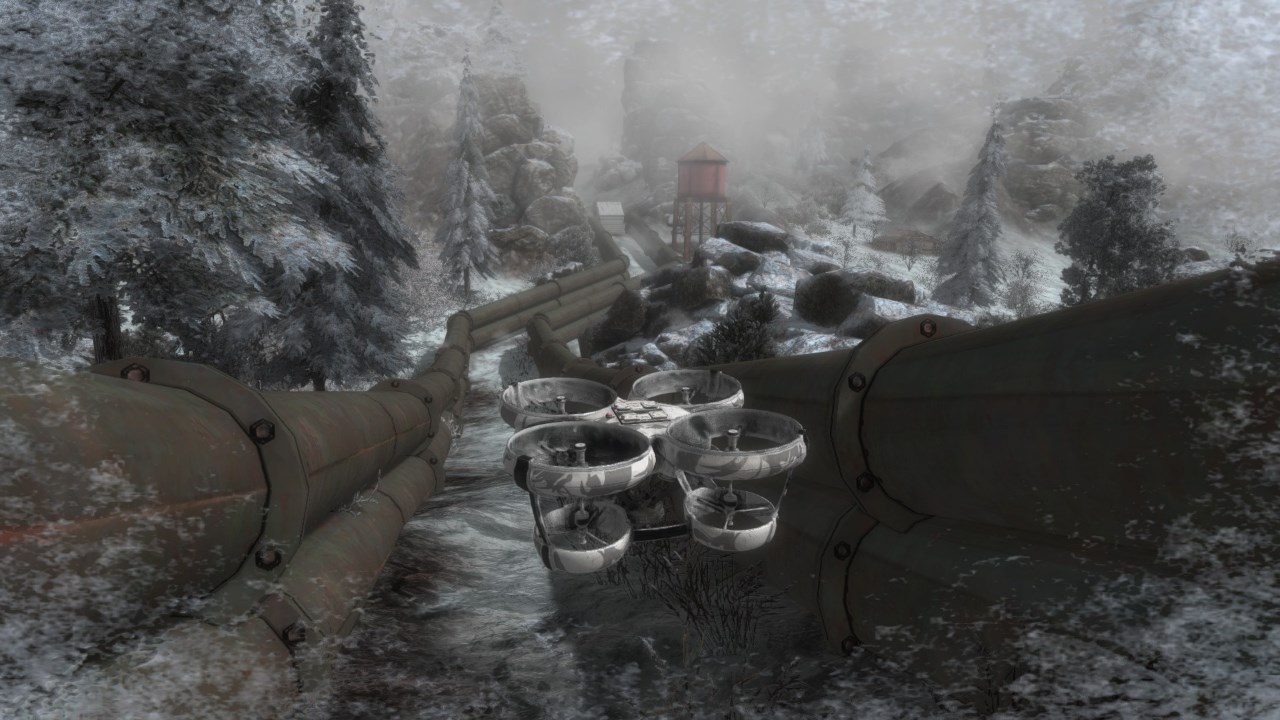 As the name implies, Robot Squad Simulator is less of a game and more of a…well, simulator. Let’s start with some of its good features.

You get to pilot four different bots: EOD (explosive ordnance disposal) ground bot, spy ground bot, aerial drone bot, and under water bot. With the EOD bot it’s time to save the day by finding and disarming a bomb. You also get to do some sneaking around to avoid sniper fire. With the spy bot you can get all James Bond and use the bot as a gadget to turn stuff on or off. You get the picture going forward; no matter what bot you use it’s time for you to step up to the Joy-Con and save the day. The game provides some intense background music to keep you on edge as well. The graphics are decent and the sound effects are passable. 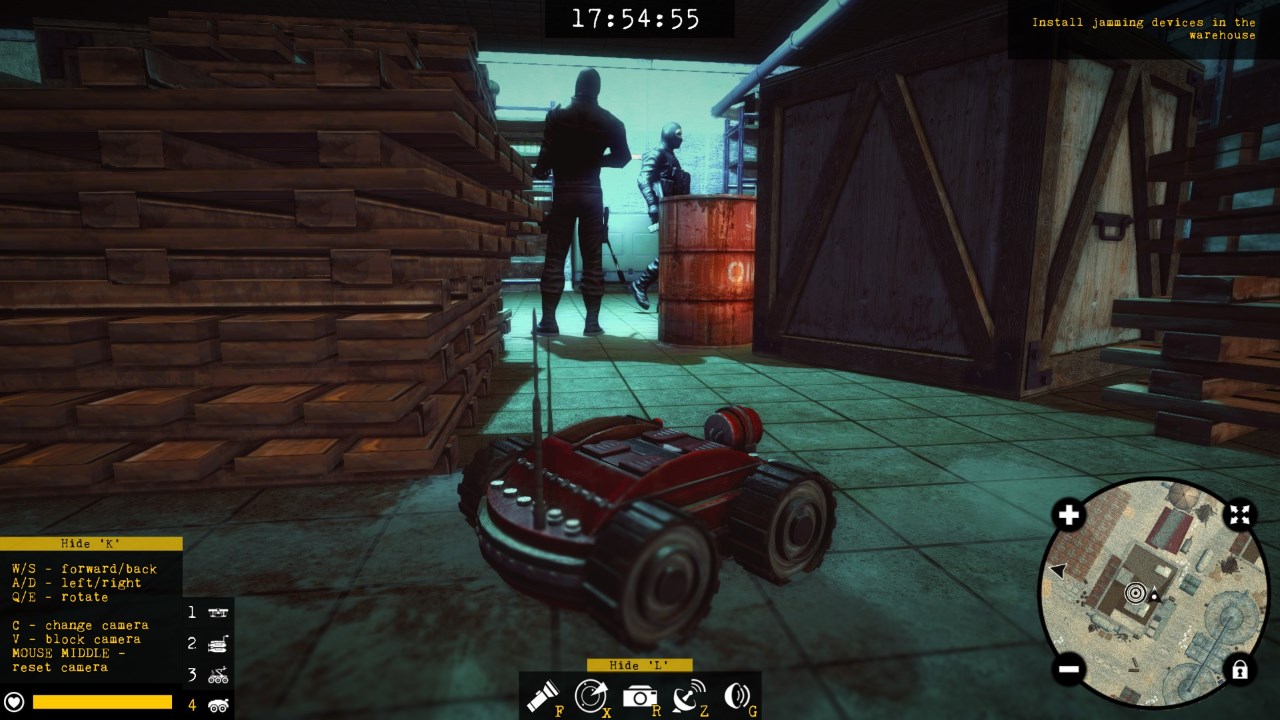 Driving your bot around isn’t always easy, but I take this to be part of the challenge of piloting an ROV. One aspect that can be off-putting—but may just be part of the challenge—is that a ground bot can get hung up fairly easily. If you get it between railroad tracks, for example, you won’t be able to get out of the situation. You’ll just have to fall back to your last restore point and try again. Your bots are also not indestructible. If you take a bullet your bot will be damaged or destroyed. Fall down a deep hole and your bot’s gone; time to start over. Drive through fire and your bot will get burned and break down. The game can be overly realistic and frustrating on some points you might not expect.

Now for the less than happy part of the experience. When playing on the small screen of the Switch the text can be hard to read due to the size of the typeface. The menu selection process is not as intuitive as it could be, either. 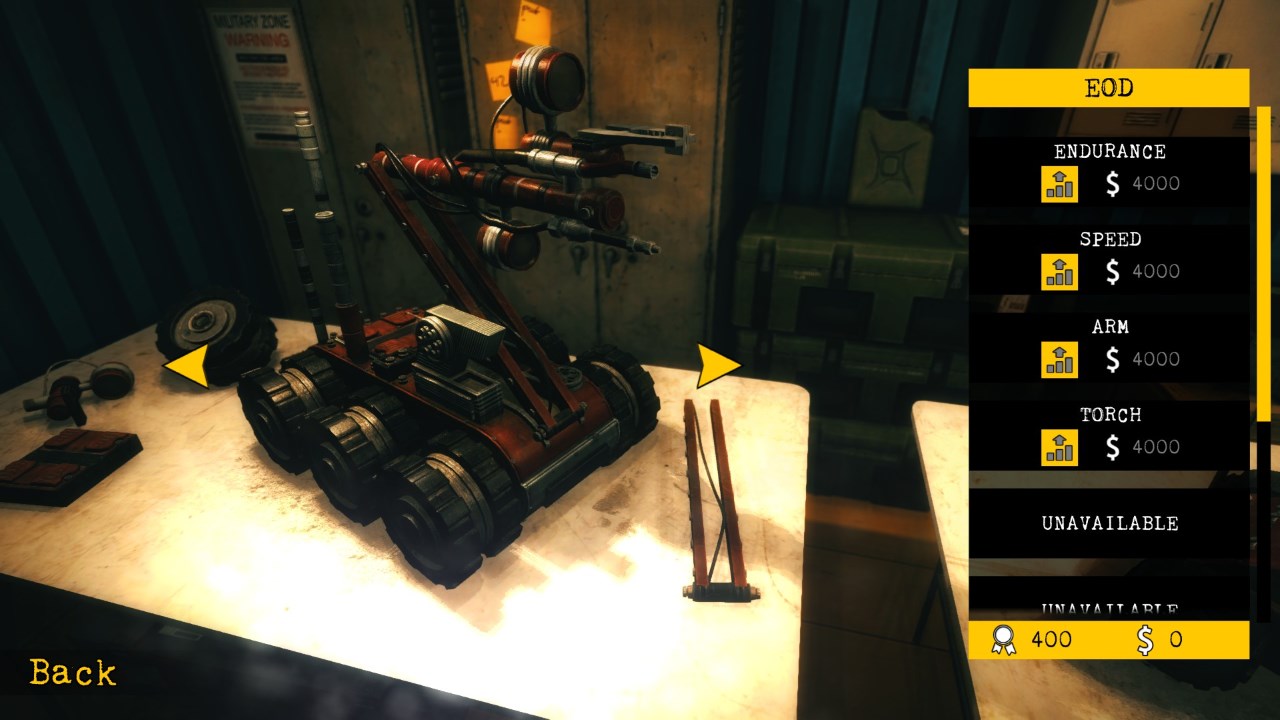 I also had the game crash on me a couple times (“an error occurred” – I “love” that message). Also, you may not want to play in a well lit room as several of the situations are dark (incident in the coal mine in particular). Your bot has a light, but it is pretty anemic. If there are any lights on in your room it will wash out all the details you need to see to play.

My biggest disappointments, however, are how little the situation resembles reality and how much the game expects the player to just know what you need to do next. For example, in the bomb in the park mission there are two facets which don’t sound like a real “situation.” 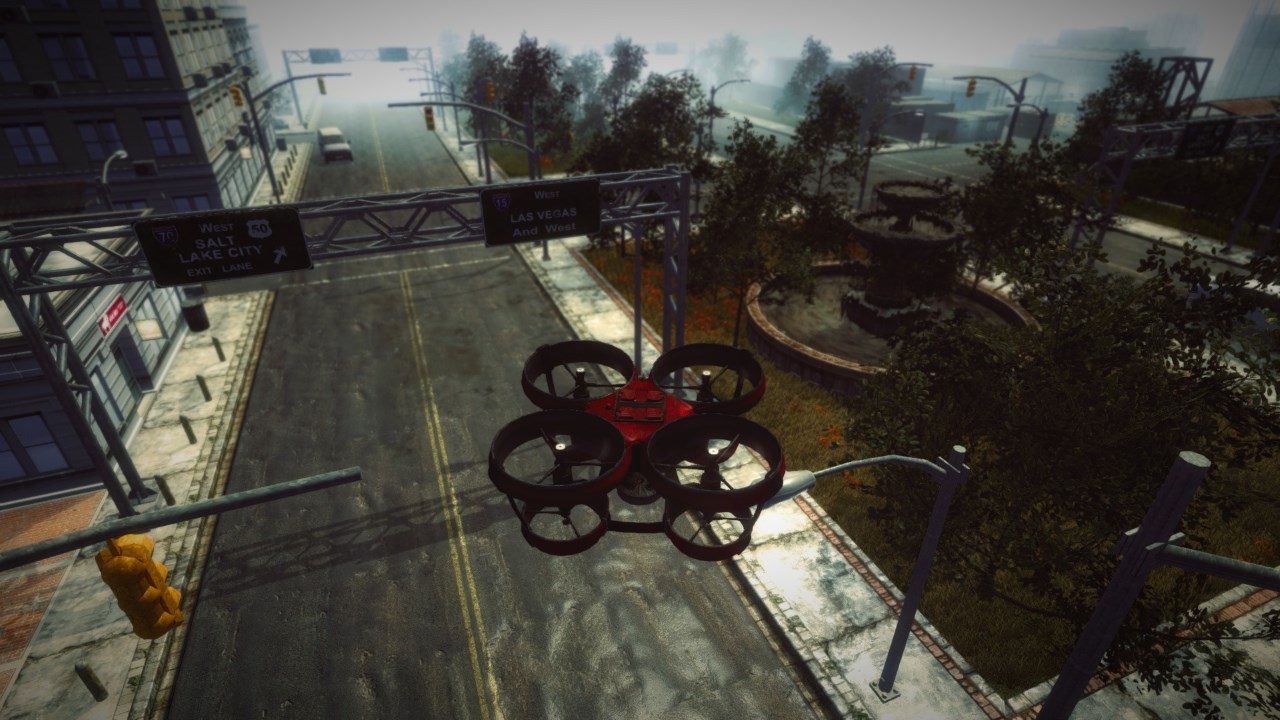 First, the police would block off an area, but they would not block the EOD bot. Second, if dispatch comes through with a message to get to the office on the bridge, they would either tell you where it is or provide a map so you can see what bridge they are talking about and how to get there. Not getting this sort of information during a bomb situation is like calling for an ambulance and telling the driver, “Go to the two storey house with grey shutters.” That really helps, right? I don’t mean to say the game should play itself for you, but if you want to simulate a situation like this it isn’t too hard to come closer without making things too easy for the player.

Robot Squad Simulator has some potential, but it feels a bit flat for a release which goes for about $15. It is interesting to pilot some ROVs, and it touches the whole hero-of-the-day theme, but there are some real issues that prevent fun gameplay. You can upgrade your bots a bit and there is the whole get-better-and-progress-through-levels thing, but it needs some refinement before I’d recommend it.