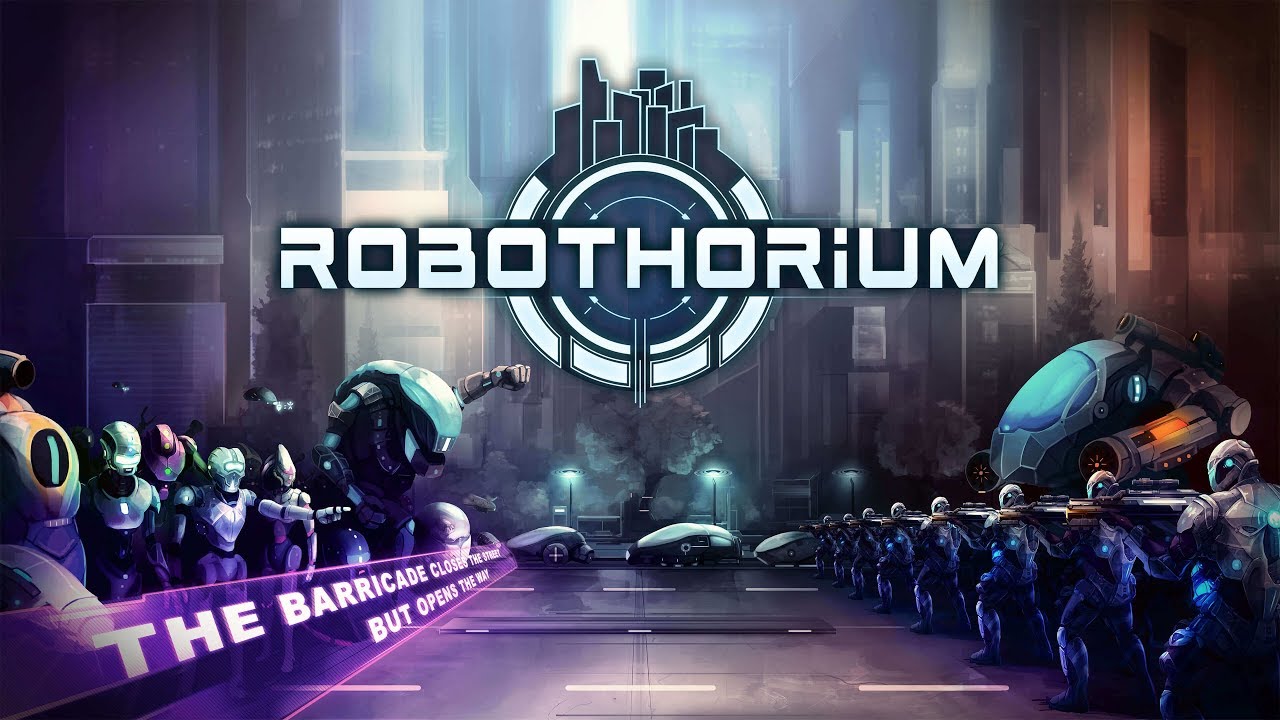 I have played quite a few strategy games in my day, and I have found a few hidden gems in the genre. When I played Robothorium I found myself intrigued with the premise of customizing a team of different robots at first. However, I found myself getting bored with the tedious gameplay, recycled worlds, despite an interesting loyalty system and story.

Robothorium has a fun plot involving a robot uprising, in which you get to choose your own story based upon your own choices. These factions can range from helping the humans to working with the machines, but whatever factions you choose to align with determine which characters will help you with your story. I personally found working with human friendly robots to be fun, because you could encourage protests, and steal ballot boxes, which gave it an almost political thriller feeling. I found this style of storytelling to be fun, and it was the only thing that kept me continuing through my own plot thread. 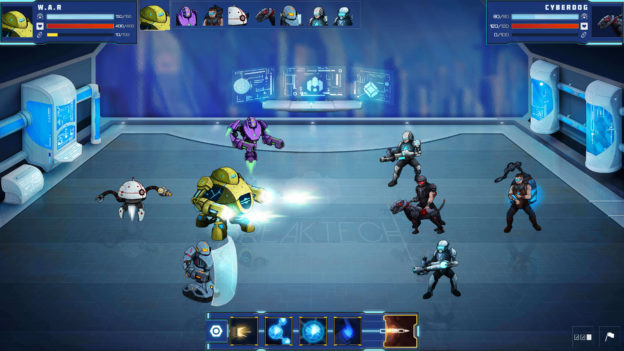 While the story elements were intriguing, I found the gameplay to get boring after awhile, because you are going through randomly generated maps. You soon find yourself battling enemies and pressing certain buttons to take a chance at making a random event happen. These events can range from encouraging the aforementioned protests, or contaminating an air supply to weaken enemies on the map. With this system you are given a probability of success, and if the odds favor you, it will make getting to the objective easier. But, this could also do some serious damage to your party if the outcome is negative. The other half of the gameplay is a turn-based RPG, where your robots will be battling other robots, police, and cyborgs. Your robots are all based around three different areas of offense, defense, and support. Each robot has a special set of abilities that can be used whenever you want, but has a meter that when filled will cause your character to overload, which means that party member will be incapacitated for a turn. I found this system fairly balanced, because your opponents can face the risk of overloading as well. While there is an illusion of strategy, every battle can be won by adding debuffs, such as corrosion or weak point, and then your team can lay the smackdown on them. While you are able to beat down enemies, a battle can take a long time to complete, because they have incredibly high health. Not only that, but even if you are properly prepared for the battle, these battles can still take up a vast amount of time. All of these elements combined creates an incredibly slow pace and makes it hard for you to focus on playing the game in extended play sessions. 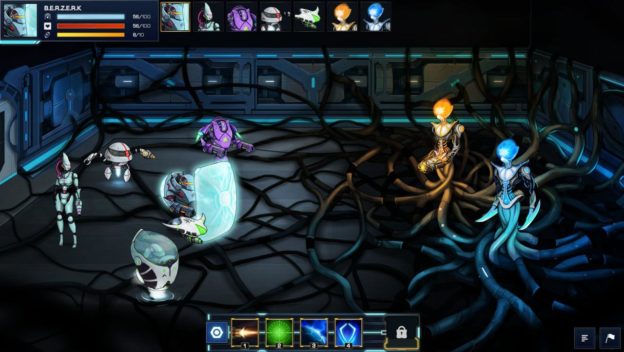 Another element I found myself noticing were that the settings of the different areas lacked a bit of creativity. For instance, this would include myself going between a dark city and a laboratory. I wouldn’t mind this if there was a description before starting every mission. I felt like I relied on my imagination on where I was, because a city in Dubai shouldn’t have the same background as city in Germany. While not a major problem, I just felt like this lack of creativity took away from the interesting designs of the various NPCs and playable characters.

Robothorium, while an interesting tale of political intrigue, lacks interesting gameplay mechanics and set design to keep my attention. I think I could enjoy the slower pacing of this title if there was a little more strategic thinking involved in the combat. Despite that, this is a mediocre game, and I can recommend it if you are wanting to scratch an itch for a new strategy title on the Switch.

While the plot of Robothorium is rather interesting, the mixture of slow repetitive combat, and probability based map events held this game back from its true potential.