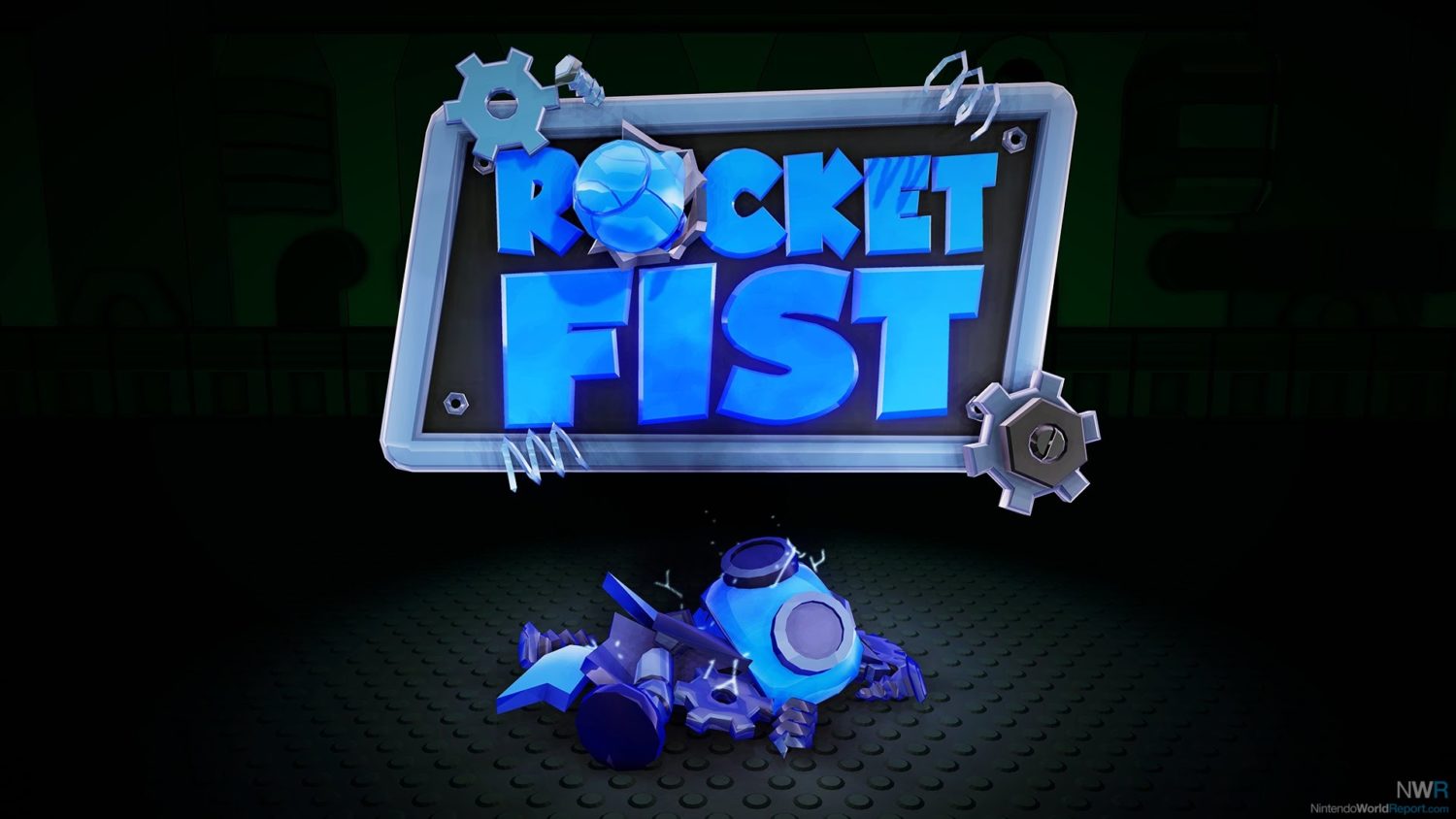 Rocket Fist is a unique game that’s a little like Bomberman crossed with billiards. You control a spherical robot whose sole purpose is to roll around single-screen rooms, collecting rockets and firing them at other robots. Sound fun? Let’s find out if it is.

To start with, Rocket Fist is easy to pick up and play. There are two modes: Adventure and Vs. Local. Adventure mode is the single-player experience, with a simple story where your robot must eliminate virus-infected robots on the loose. A tutorial introduces the two basic moves, dashing and firing your rocket, and that’s all you need. 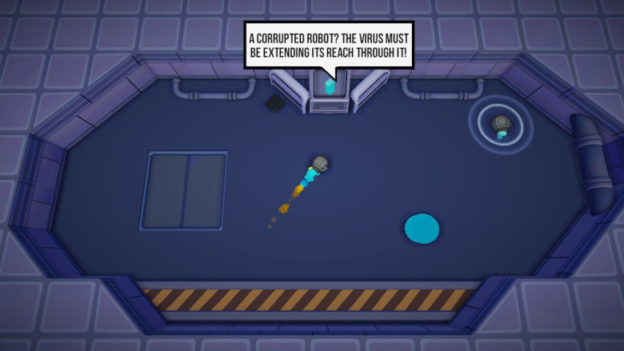 One of the earlier tutorial levels, very clean and simple layout and instructions.

The game is divided into five sectors, each comprising four levels and a boss level – that’s 25 levels in total. Unfortunately, this is way too short and most players will breeze through in well under an hour. There are three difficulty levels, and your best time is recorded, but since none of this is shared online, what’s the point? I was disappointed when I hit the last boss – it was all over much too soon.

Don’t get me wrong, the single-player mode is hugely entertaining. The levels are well-designed, with various obstacles added along the way, such as moving floors. The enemies also vary, like spider-shaped robots who split into two upon impact. Or a cheeky robot holding a shield, so you have to sneak around to hit it from the side or behind. Then there are stationary robots who shoot grenades that will eventually explode. I always take those guys out first! 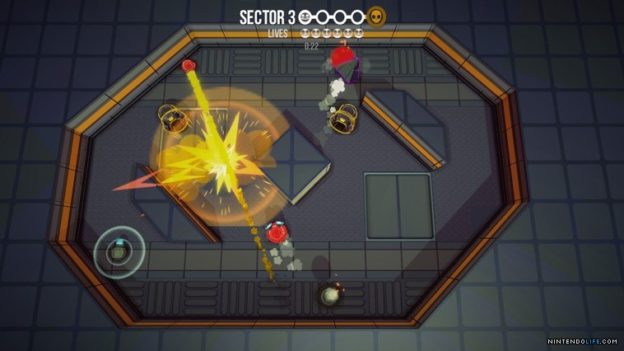 Gotta get those bomb-throwing robots ASAP!

There’s absolutely a lot to love, and maybe it’s because it’s so fun that I was disappointed by the amount of content.

Let’s talk about the VS Local mode, which is where Rocket Fist will likely see repeat play. This is a multiplayer experience with up to four local players battling it out in various stages. There are two modes here, Deathmatch and Survival. In Deathmatch the aim is to be the first to kill a certain number of robots. In Survival, you’ll have to be the last surviving robot to win, with a set number of lives allocated to each player at the beginning. 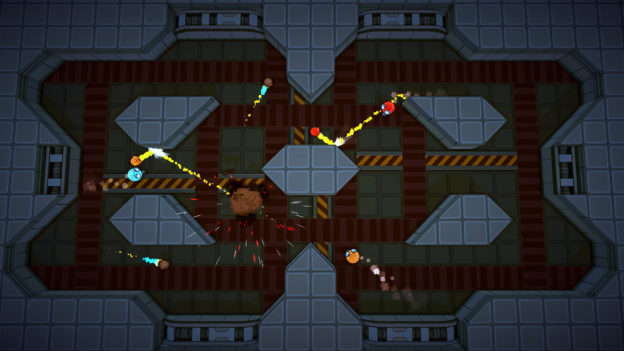 With only two modes, there is thankfully some variety in the options. There are ten arenas to select from, and you can choose the number of lives or kills required. There are powerups, like enhanced speed, which you can control by switching on or off, or increasing appearance rates. You can even customize your robot to some extent. There are nine color variants and several disguises, including a ghost, unicorn, pirate and even Santa Claus. It makes the experience a little deeper, though I can only imagine how insane this would become with eight players online. 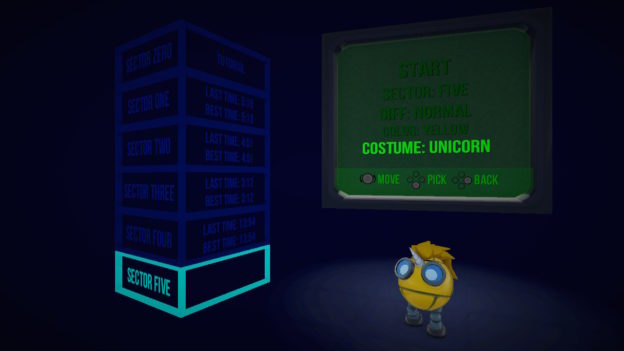 Costumes are fun, there’s even a unicorn

These Vs. matches are fun, and very fast, with bouts usually over in seconds rather than minutes. This fast-paced gameplay makes playing on the go great, but might not suit longer play sessions at home. As a party game, Rocket Fist will likely feature as one of many, as opposed to a night-long competition.

Another positive aspect of Rocket Fist is the audio. The electronic beat fits in well with the game’s aesthetics – it’s not too upbeat, nor too repetitive, but bounces along nicely in the background like you’re slightly off stage at a robot nightclub.

One slight gripe I have with the game that I have to mention is the use of the B button to select menu options, and A button to go back. This seems to be the opposite to every other game I’ve played. It’s a relatively minor thing, but it’s pretty ingrained in me to press B to go back, not start a game.

Overall Rocket Fist is a very well-made game that is only let down by its lack of content. Throw in some online features and some more levels, and this game would be a must-have. At only $9.99 on the eShop, it’s still worth considering for the multiplayer side of things, but unfortunately the single-player experience alone is not worth it.

Rocket Fist is a very well-made game with simple mechanics and fun, addictive gameplay – if only there was more of it!