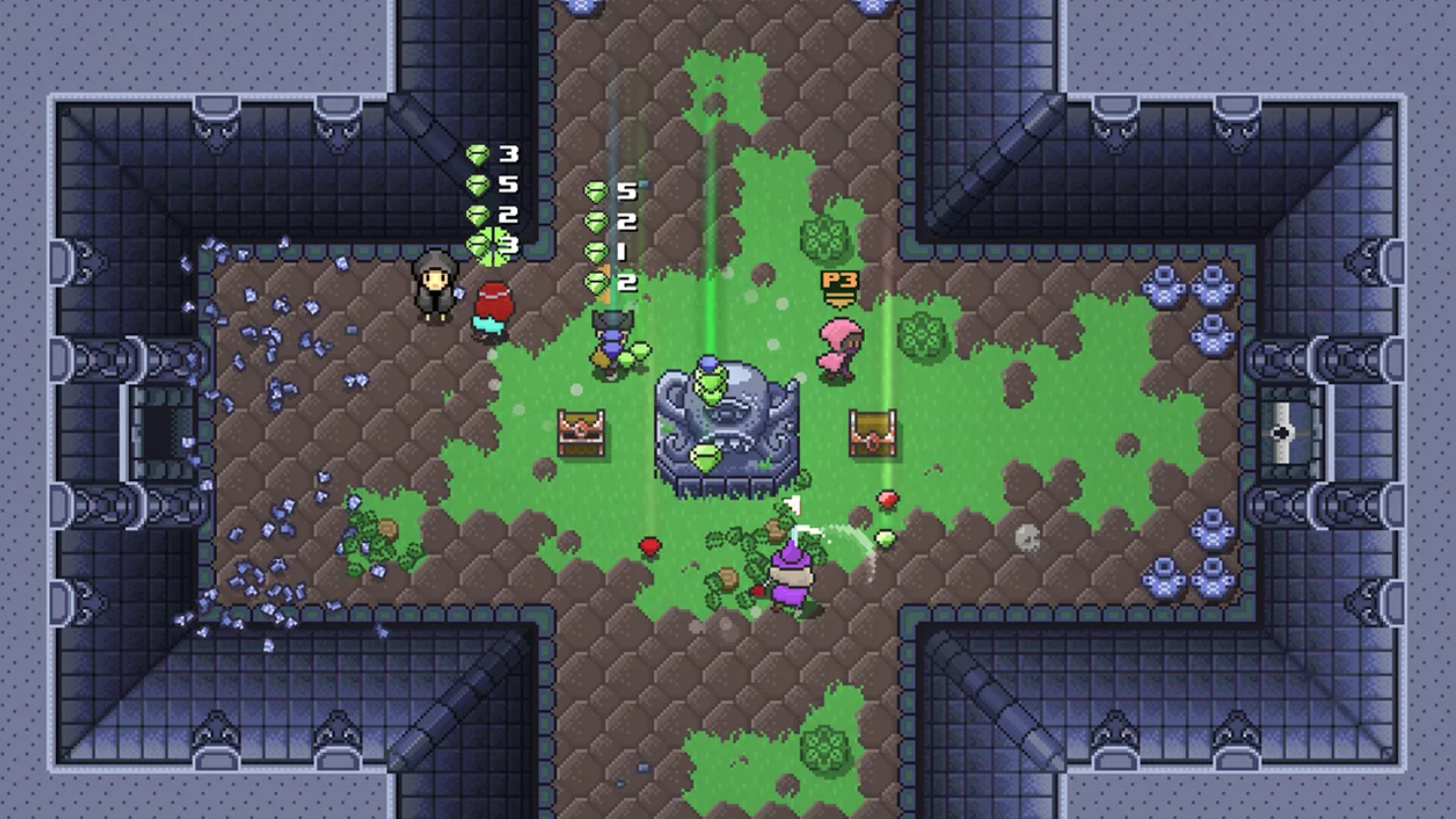 A game founded on teamwork, Rogue Heroes: Ruins of Tasos combines classic fantasy dungeon-crawling, community building and exploration of the natural world. You play as a hero destined to save the land of Tasos from the rage of the four Titans who threaten its peace and prosperity. Many years ago, they were sealed in dungeons by the four goddesses, but those ancient seals are now crumbling.

It is up to you – and any of your friends you care to bring along – to raid the dungeons and defeat the Titans once and for all. Every player starts off a Hero, but on your adventures you can collect the required materials to equip yourself with the new garb of other character classes. As well as traditional options like Mages and Knights, you can also choose from more unique classes including Pirate. This comes with a parrot sidekick that helps you fly to difficult to reach locations. 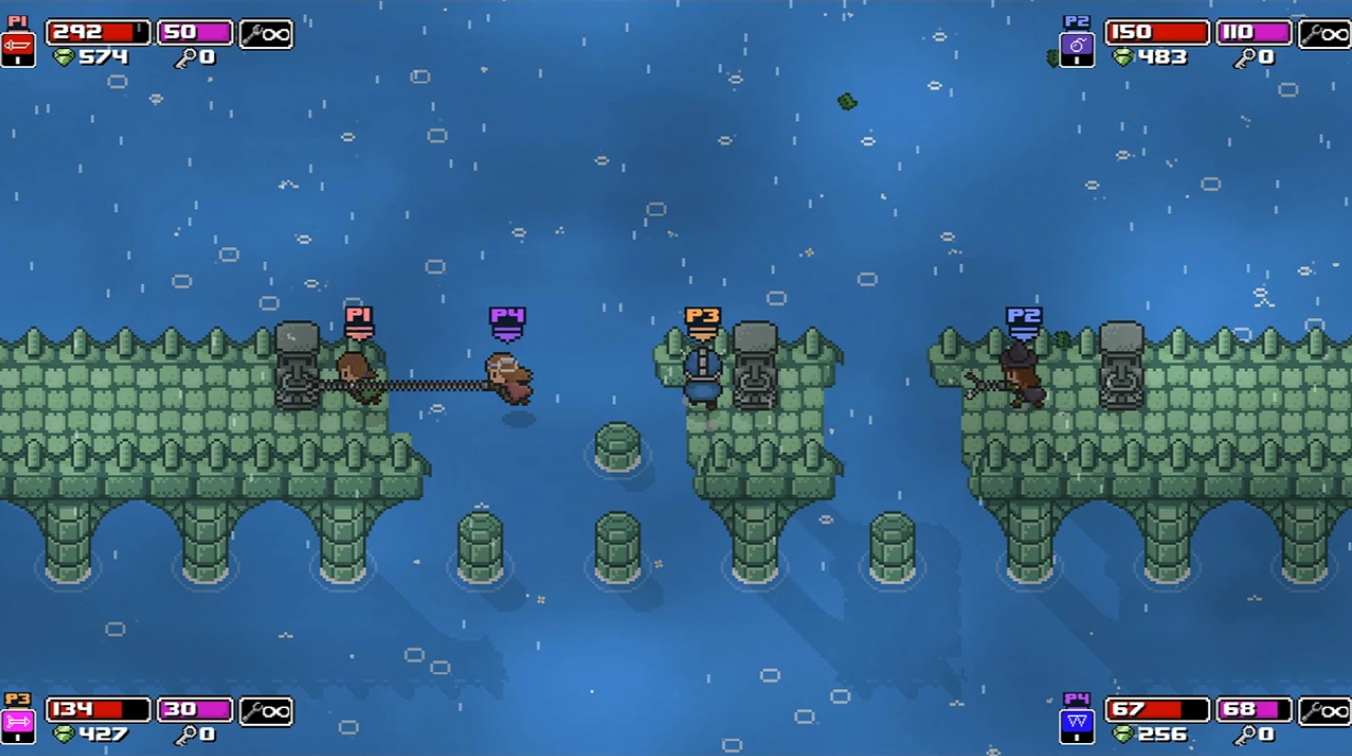 The gameplay of Rogue Heroes: Ruins of Tasos comes in the form of roguelike dungeon crawling. There are four dungeons to complete that will allow you to unlock the final endless dungeon where the Titans lie waiting. There is also a mausoleum, where you can hone your skills by battling zombies, spiders and skeletons on a side quest to free a family of ghosts who are trapped there. You are also given a book by a scientist, which you can use to record information about the creatures you encounter along the way.

Rogue Heroes: Ruins of Tasos adapts to how many people are playing. Although it is optimised for co-op play, with both local and online modes, it’s possible to complete it on your own. The dungeons are comprised of constantly shifting maps featuring rooms that contain both puzzles and monsters, with a boss at the end. The puzzles change to suit the number of players, so you’ll never end up faced with an impossible task because you don’t have a friend free to flip a different switch. 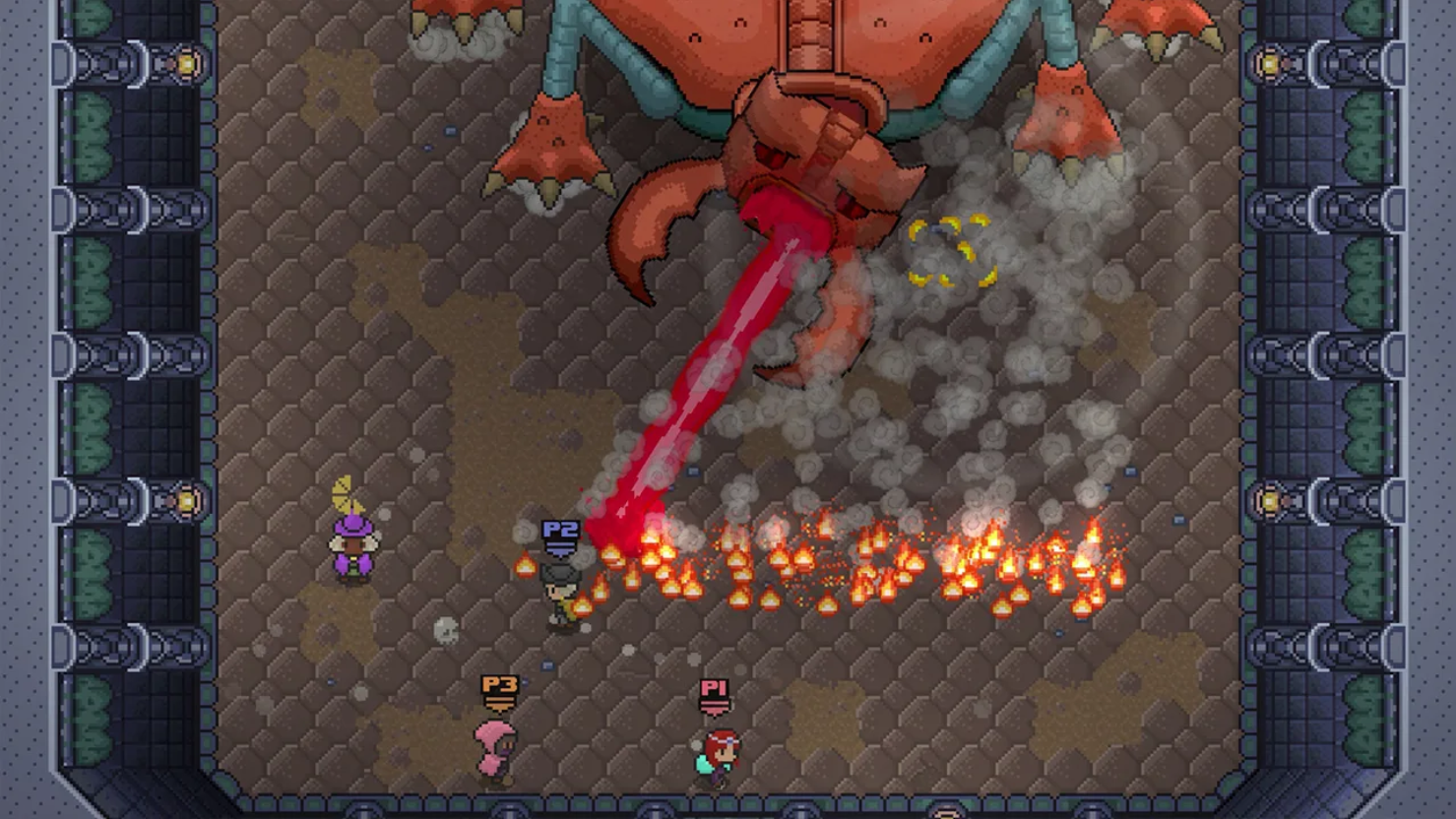 After each run in the dungeon, you’ll awaken in your home having held onto all the gems and gold you collected on your adventure. You use these to build up your village. Over time, you’ll construct fitness centres and forges where you can power up your skills, as well as homes for wanderers you encounter looking for somewhere permanent to settle. You can also build a farm to plant seeds you find, which you can nurture until they grow into vegetables you can sell at the market stall. The little community you develop is adorable and very satisfying, and reminds you to take a moment to water the plants and not push yourself too hard.

For a relatively inexpensive game, there is a lot of map to uncover in Rogue Heroes: Ruins of Tasos. Each of the four dungeons is in a separate corner of Tasos with its own unique environment. The diversity of the creatures you encounter is fun and filling up your Book of Beasts becomes an interesting quest in itself. 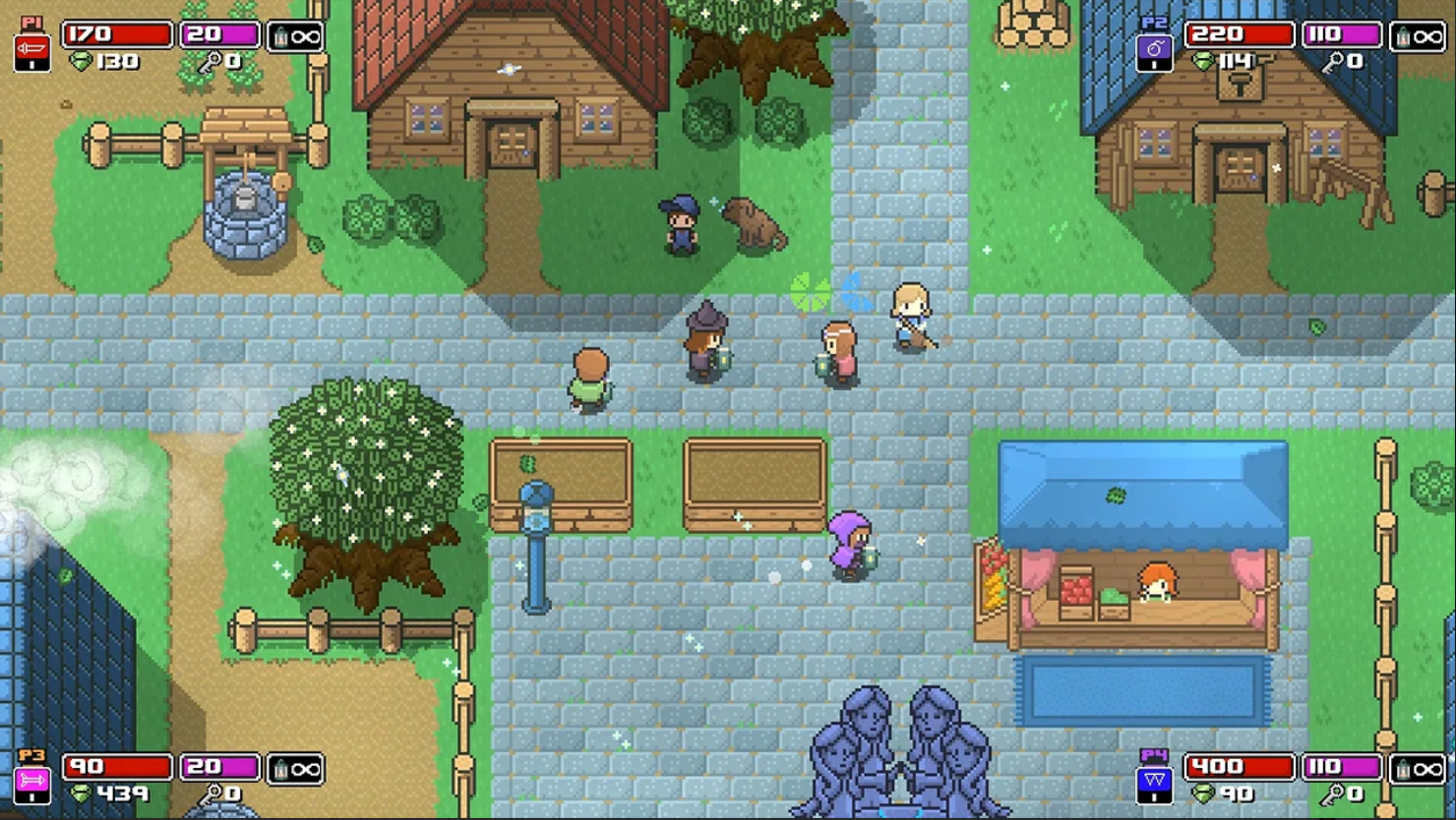 The music is upbeat and suits the world well. The art style is adorable and you’ll notice great attention to detail throughout the game. It could be easier to switch between your equipped tools, but that’s far from the kind of issue that matters enough to detract from such an otherwise absorbing and addictive game. It’s really well-balanced, it looks great, the story is fun and you end up feeling very invested in the safety of this land of ghosts and monsters where you’ve built your home.

Rogue Heroes: Ruins of Tasos is an adorable yet challenging dungeon crawler designed to play with friends and suitable for any character class. Its world is exciting, its style is lovely and it has a lot going for it that draws you into the adventure.