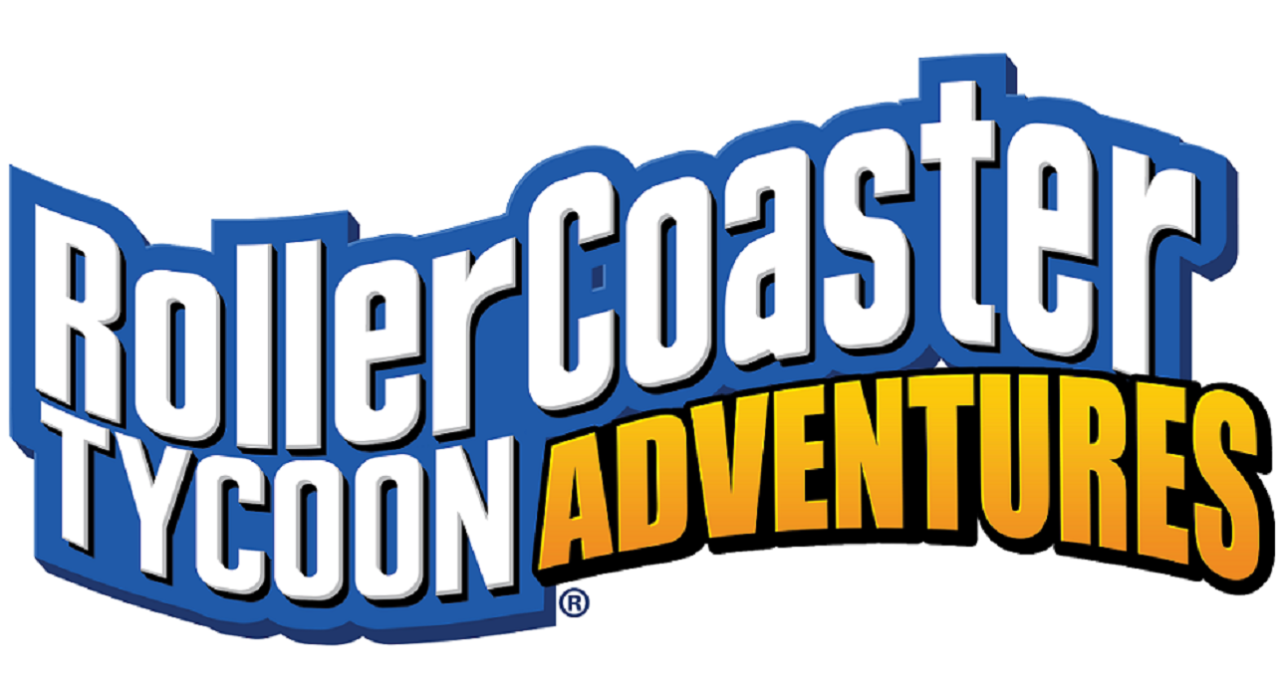 RollerCoaster Tycoon Adventures consists of four modes: Adventure, Scenario, Sandbox, and a Tutorial. Adventure has you start from scratch to build a theme park, but really doesn’t have an objective. There is a ‘Choose Your Own Adventure’ story to it that gradually reveals itself at a pace slower than I’d have liked, but it sounds cooler than it is. There aren’t many possibilities, and it’s mainly for show; it doesn’t affect the game much, and what you do to your park doesn’t affect the outcome. I built a park that was literally just a path with lemonade carts, and according to the ‘adventure’, my park won a prestigious award that prized me $5,000,000. 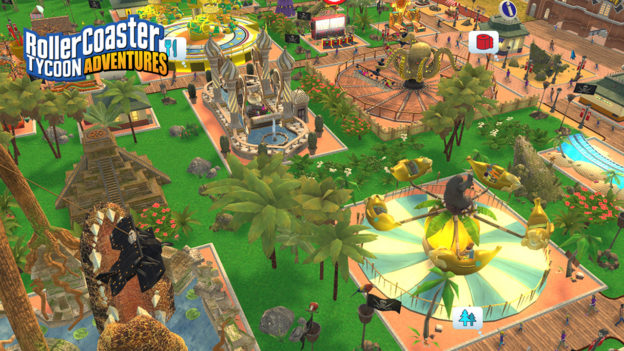 Scenarios is reminiscent of the original title, as it gives you a choice of missions with an objective and time frame. I really didn’t find them to be much fun honestly, and some of the objectives are odd, like make all the customers unsatisfied with high prices, which seemed fun at first but didn’t execute well. Overall, the best part of Scenarios is that there actually is a point to it besides ‘build a park’. Sandbox mode is just like it sounds. You can choose to freely build with unlimited cash, or work your way up exactly like Adventure, but without the, well, adventure. 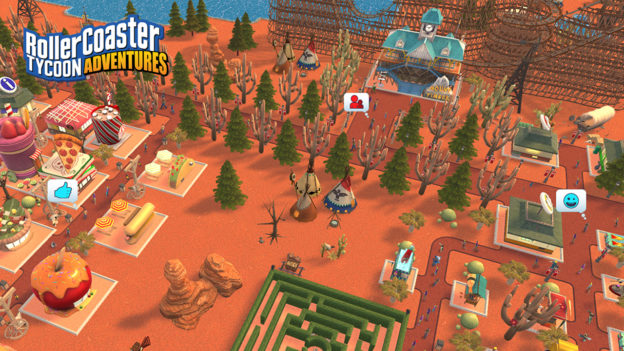 Building your theme park can be kind of fun, but the fun grows stale as time passes. I found I had to constantly adjust my ride prices, as the rides degrade over time, and customers won’t pay as much for them. Going to every ride and lowering the prices one by one gets really monotonous, really fast. Building roller coasters isn’t great either. You move the control stick around to outline the track you want, and the results almost always look ugly. The tracks tend to get all bent out of shape. An odd point too is that for some reason you can make tracks go through other rides and buildings, and not in a cool way. More in an ‘I really can’t believe the developers let me do this’ way. 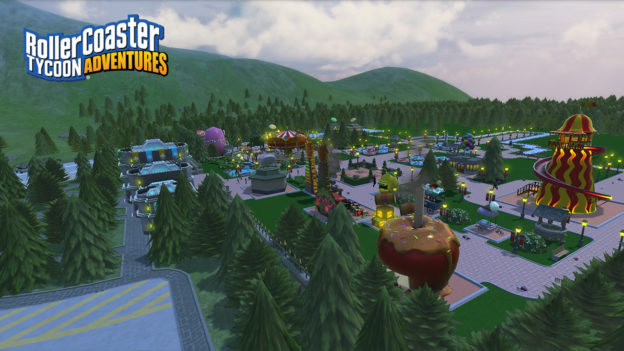 Another annoying thing is that you can’t raise or lower land, nor form any slants. The ground all starts flat, and stays flat. It may seem like it’s not a big deal on paper, but it makes the game look really dull, and takes away a lot of customization. Also, you can’t check each visitor to see how they’re doing, nor can you pick them up and drop them elsewhere. These are some things that newcomers probably won’t care about, but their deletion is inexplicable for longtime fans. And speaking of the visitors, all they really do in the game is give you a visual indication of how many are in the park, and occasionally spout out compliments and criticisms. The rides start making money as soon as they’re made and connected to a path, which means you don’t see anybody enter a ride yet somehow profit from it. 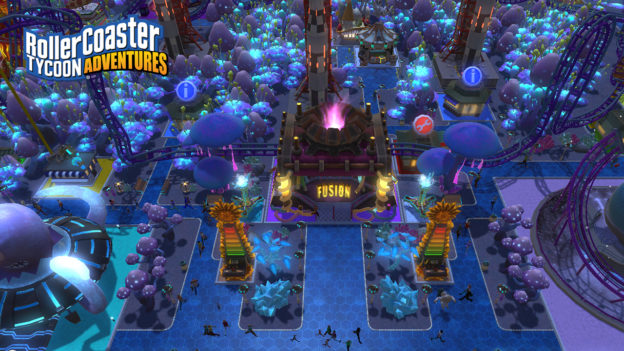 Just to make things even worse, the performance of the game is not good. The frame rate is constantly shifting, both on the TV and in handheld mode, and often briefly pauses altogether. There honestly isn’t much reason for it to be as bad as it is, as the game isn’t that graphically intensive. There must be bad programming in the game, as is further evidenced by the occasional errors that boot you out of the game, the long load times, and the fact that, for whatever reason, you cannot take screenshots nor record video (hopefully at least the latter will be fixed with an update). 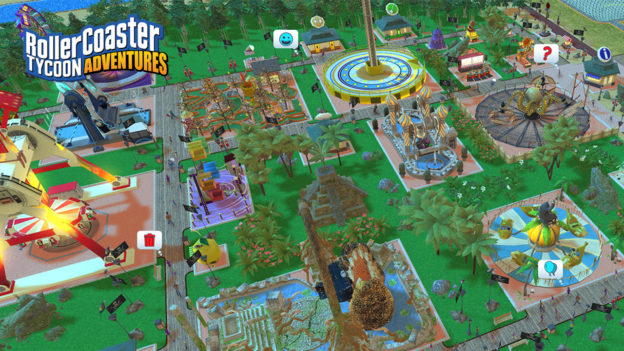 All in all, RollerCoaster Tycoon Adventures is not worth buying. The gameplay isn’t fun enough to keep you hooked, and every time I came back to it I left disappointed. There are so many more issues with the game that I wanted to mention, but it would take way too long. The retail price of the game is $50, and I can’t even recommend it on sale since the most fun I had was messing with the game, and even that got stale. If you’ve never played any game in the series before or are ten or under you may find some enjoyment here, but my personal advice is to skip it, buy the original, and enjoy.

All in all, RollerCoaster Tycoon Adventures is not worth buying. The gameplay isn’t fun enough to keep you hooked, and every time I came back to it I left disappointed.