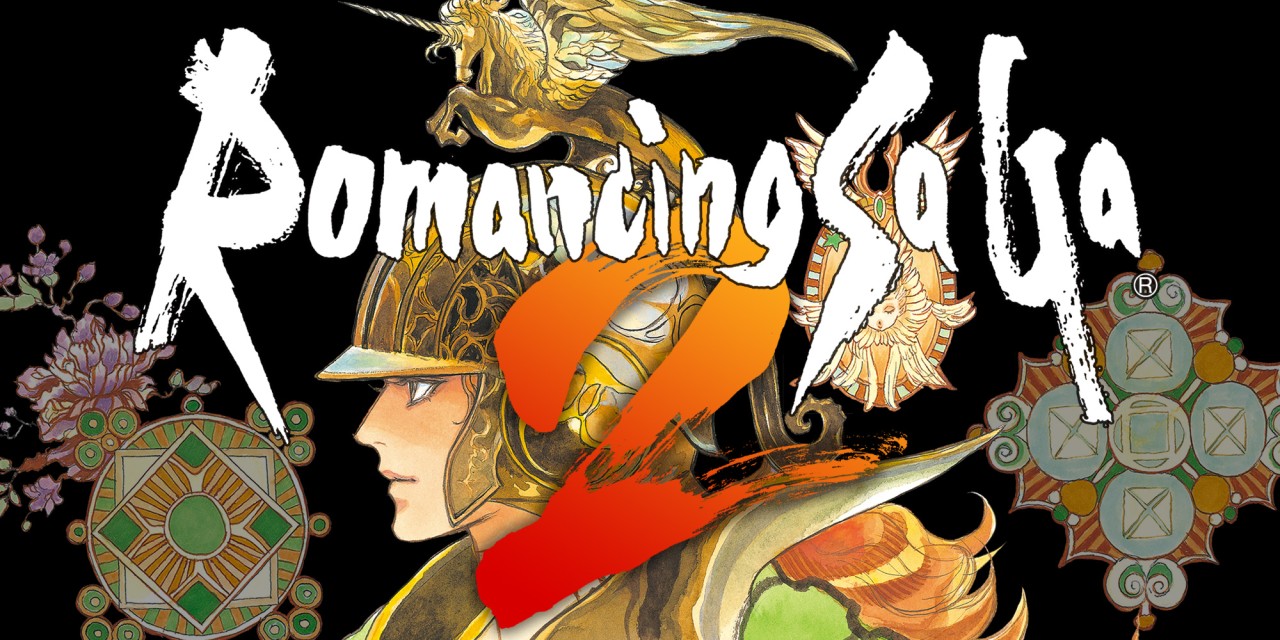 If you’re a fan of JRPGs and you own a Nintendo Switch, then Romancing SaGa 2 is a game you’ll definitely want to check out. With its simple mechanics, awesome 16-bit graphics, and a fun turn-based battle system, fans of the series will experience a wave of nostalgia and appreciation for this newly revitalized game. Romancing SaGa 2 was originally released in Japan for the Super Famicom in 1993. Since it hasn’t been released on an American console until now, there are probably a lot of people who will be excited to finally get a chance to play it.

The game begins by telling you about the Legend of the seven Hero’s. Seven saviors who defeated countless monsters and saved the world, only to vanish mysteriously and never be seen again. The rumor was that one day they would return when they were needed and the world was in peril. However, that’s not the case. Instead of coming back as hero’s, for some reason the seven saviors become the antagonists of the game, causing chaos and destruction. Now it’s up to the emperor of the Barene Kingdom to take charge and protect what’s left of this world. 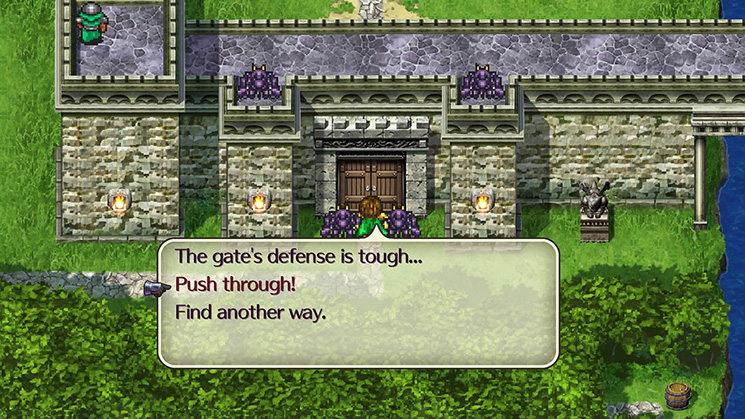 One of the cool features in this game is the way you progress. You’ll start the game out as King Leon and later play as his various heirs as the years go on. When King Leon passes away he gives the kingdom over to his son. Once he’s gone, (RIP) you can choose between one of four different heirs to play as. Their personality and abilities will be based on gameplay and the allies you’ve teamed up with while adventuring in past generations. So everything you do and experience during the entire game is based on the choices you make throughout the story. That makes RS2 very replayable if you’re interested in seeing all of the different outcomes it has to offer. 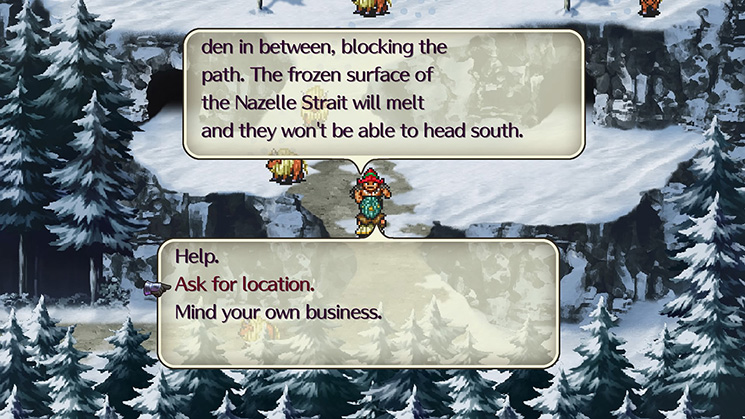 The turned based battles are pretty basic, however, Romancing SaGa 2 is a bit different from other games like it. Instead of encountering enemies at random while walking around, you can visibly see your enemies. If you or the enemy engage with each other the battle begins. One thing that I really liked about this game is that it doesn’t require a lot of grinding. If you need experience points for something specific that’s fine and dandy. But grinding too much will actually hurt you later on in the game. Just trust me on that.

Something else that’s a bit different is being able to use formations during battle. Once you’ve gained some allies and created a team you can choose different formations. For example, you might need a more skilled defensive character in the front of your formation in order to protect a weaker character. And, if you like any specific characters, you’ll want to protect them. When one of your allies hit points are completely gone they’re dead for good. Pretty brutal, right? 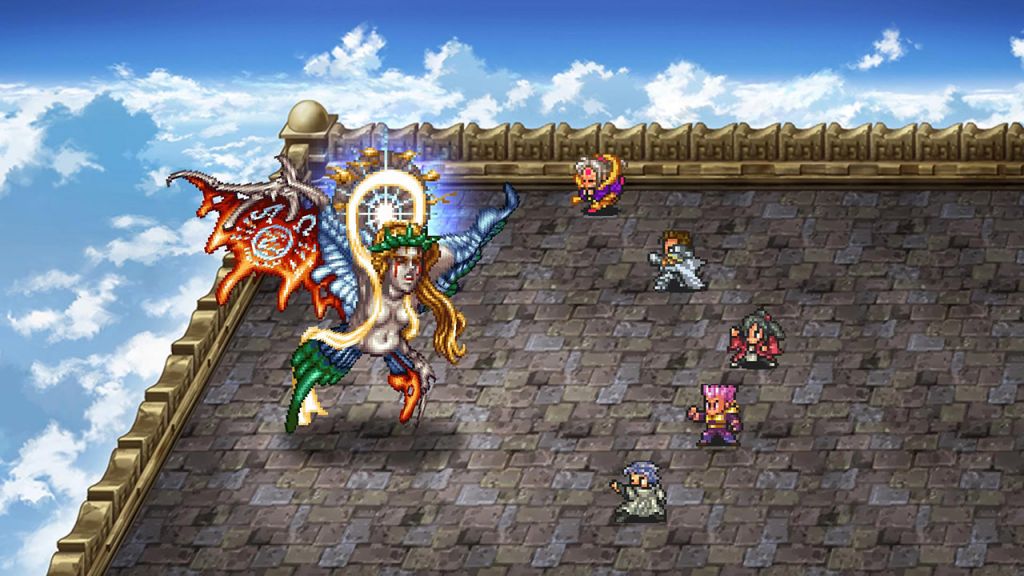 I loved how great the game looked while keeping its “old” vibe. I also liked seeing all of the different character and boss designs. I encountered some pretty awesome looking creatures during my playthrough. It’s also a great game to take on the go. There was no difference visually or gameplay wise when I went to handheld mode. If anything, I like playing these classic games more on the smaller screen so I don’t have to stare at them all blown out on the big TV (hurts my eyes). The main storyline is pretty interesting as well. Sometimes, it got a little repetitive, but I stayed intrigued for the most part. I especially enjoyed the silly dialogue that was added in. It made the characters relate-able and gave them each their own little personalities. 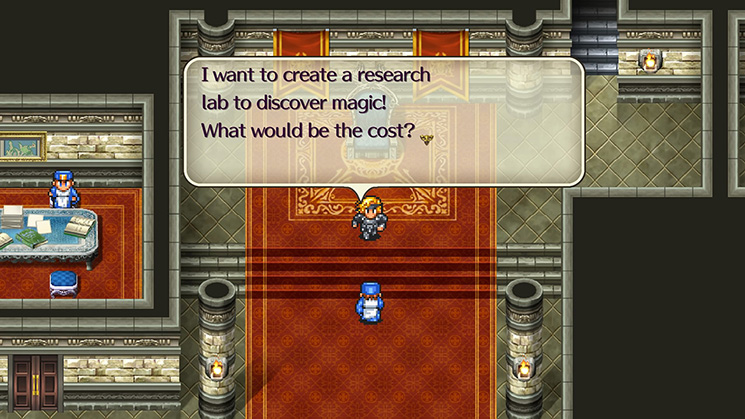 Overall, Romancing SaGa 2 was a great experience on the Nintendo Switch. The console is a nice home for this retro gem and a lot of people are going to enjoy playing it for the first time. I highly recommend checking it out if you’re a fan of this genre. It’ll keep you busy for a while and seeing all of the different character outcomes keeps the story interesting. Romancing SaGa 2 is available now on the Nintendo Switch eShop for $24.99.

Overall Romancing SaGa 2 was a great experience on the Switch. The console is a nice home for this retro gem and a lot of people are going to enjoy playing it for the first time. I highly recommend checking it out if you’re a fan of this genre.