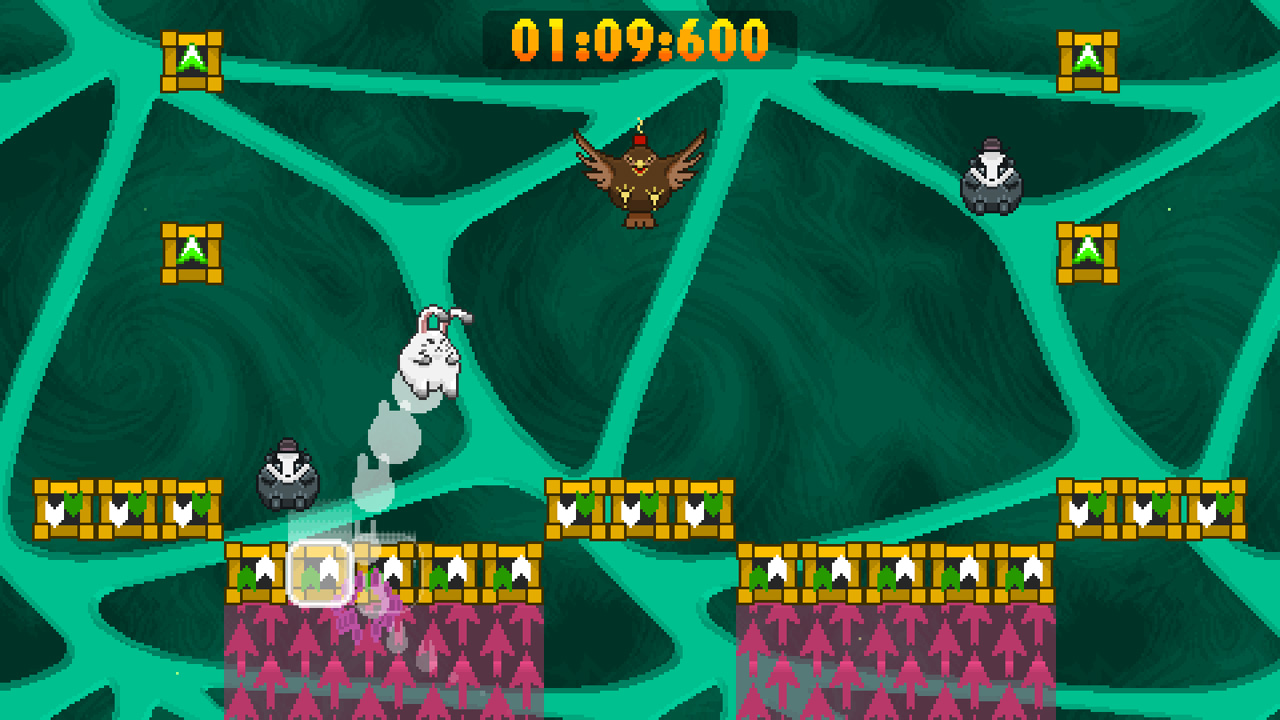 A remake of Dahku’s Wii U title Chubbins, Rotund Takeoff reimagines the precision platformer for the Nintendo Switch with a funky retro vibe. Like its predecessor, you play as a fat rabbit bouncing your way through a brutal 2D world.

You move left and right and the block you land on determines how high you bounce. You have to traverse viciously challenging worlds peppered with spikes and enemies that will make you burst like a balloon when you collide with them.

The way the platforms are designed requires you to be sharp and precise in your bounces. Your score is based on how quickly you get from one end to the other, with bronze, silver and gold medals available for each level. 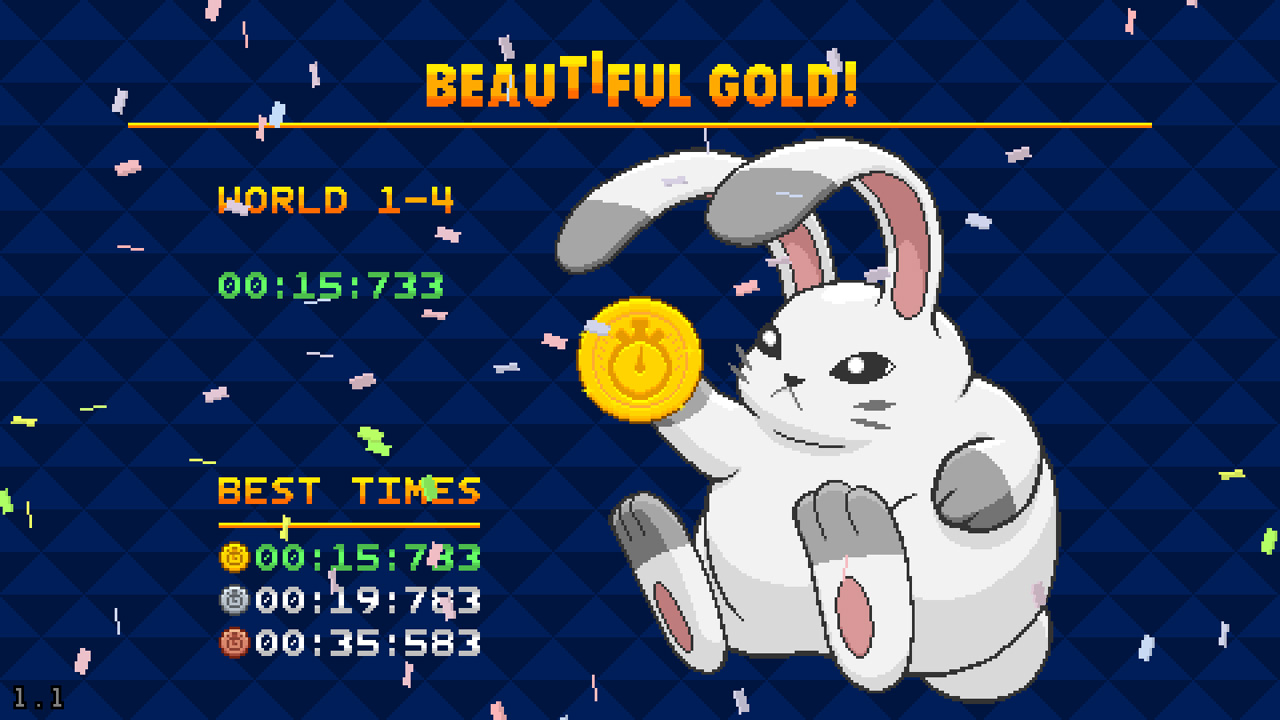 You will die many, many times before you get the gold for every level. You’ll likely die a fair few times before you get so much as a bronze for most of them. This is fine, as you have unlimited lives. It’s worth taking each level quite slowly for a run or two while you get used to the layout before attempting to get the time-sensitive rewards.

Each ten-level world ends with a boss battle that requires you to smash through an orb while avoiding not only the usual traps but also bosses hurling projectiles at you. These also offer time-based hierarchical medals, and a bronze will grant you access to the next world. The game autosaves after each attempt and keeps a record of your top three times. 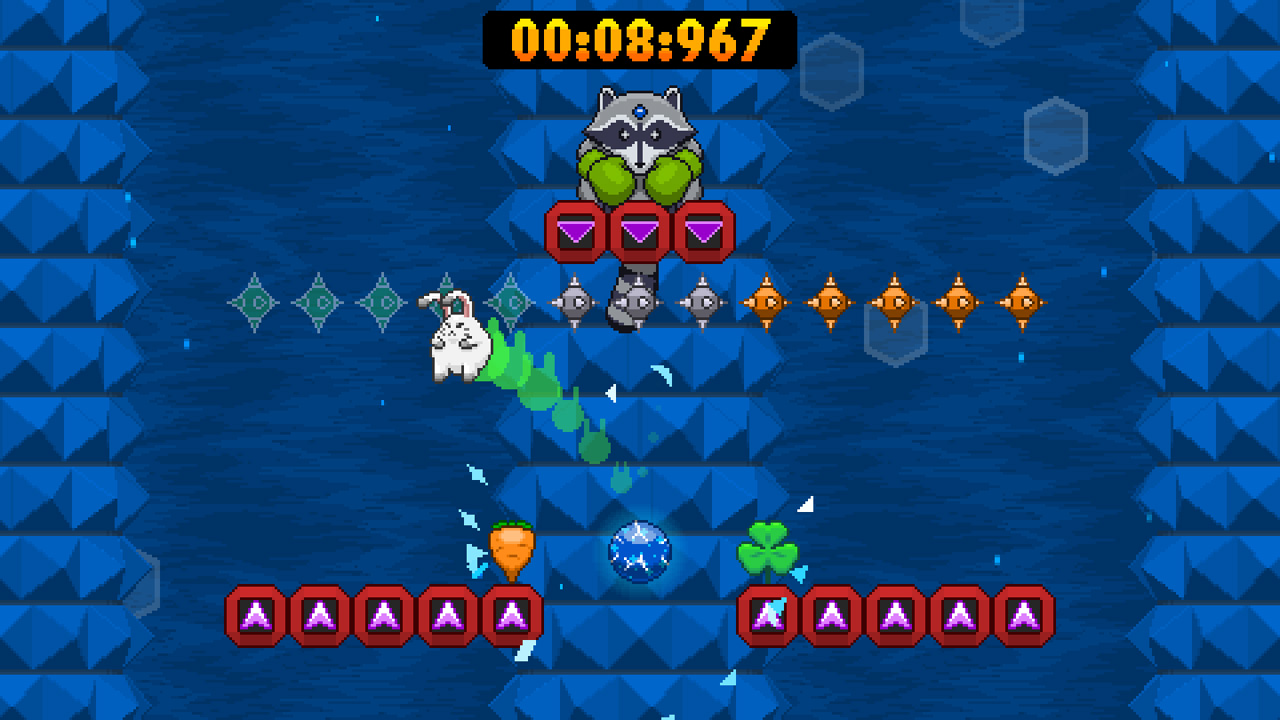 The levels are very recognisable if you’ve played the original Wii U game. The main difference between Rotund Takeoff and its predecessor is the aesthetic. Rotund Takeoff has eschewed the 3D style of the Wii in favour of a 2D design that suits the platform structure really well. It doesn’t take anything away from the character visuals and gives the whole game a fun retro vibe.

This, along with the rapid pace of the gameplay, is complimented nicely by the update, chiptune soundtrack.

The constant bouncing gives Rotund Takeoff a bit of originality to make it stand out from other platformers. The controls are simple and easy to pick up, but the levels are designed to be difficult to master, even if you do reach the finish line on the first go. This gives it a great sense of reward when you finally get the gold. 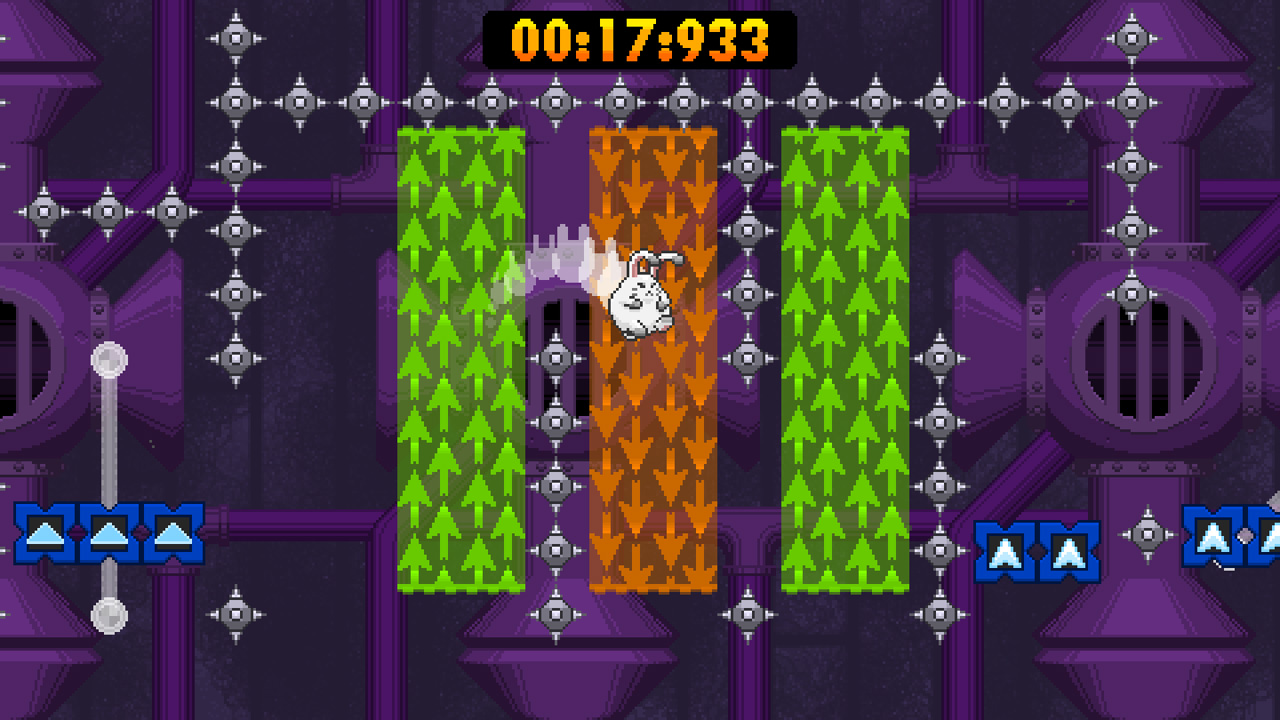 If you’re a platformer fan looking for a challenge and something a bit unique, you won’t go wrong with Rotund Takeoff.

Rotund Takeoff is a quirky game that is well constructed to be adorable yet fiercely challenging and rapid-paced.