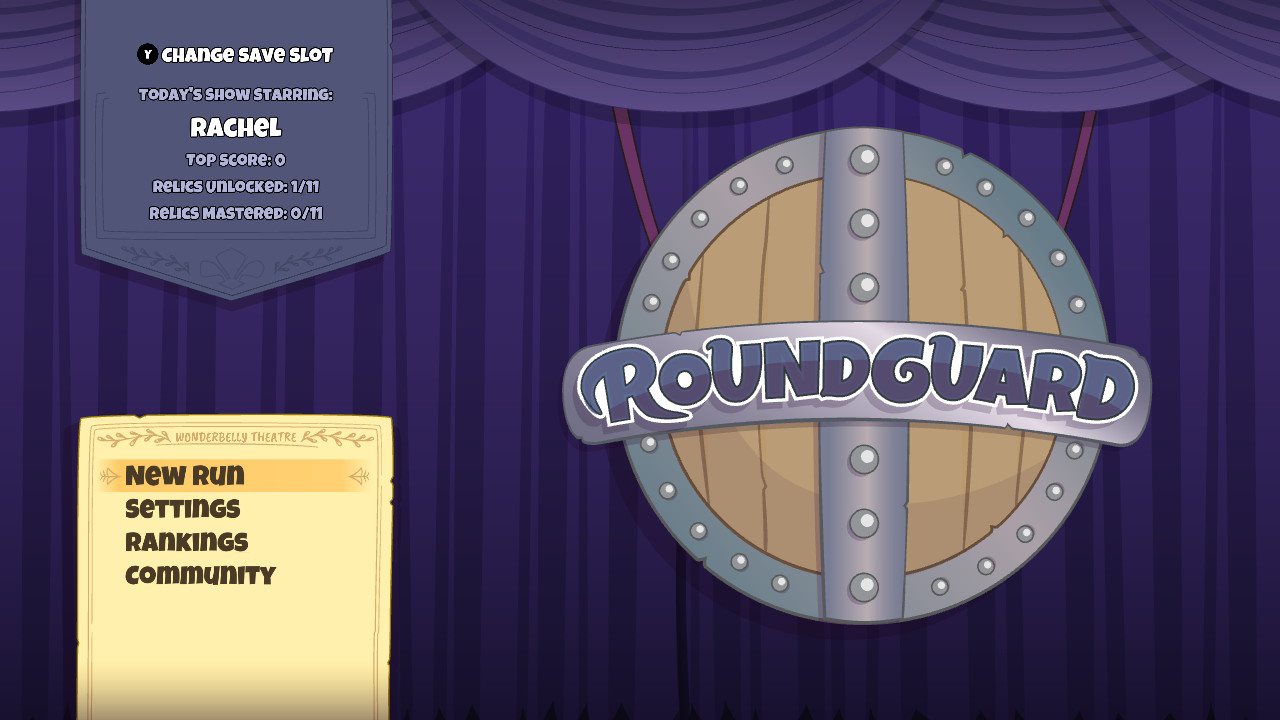 Roundguard is an arcade strategy game from Wonderbelly Games. The gameplay is similar to pinball physics, reminding me of Peggle, but with a unique twist: this game has RPG elements to it. Mixing these two genres together was a bold idea and it took me a few hours of gameplay to decide if I liked it or not. 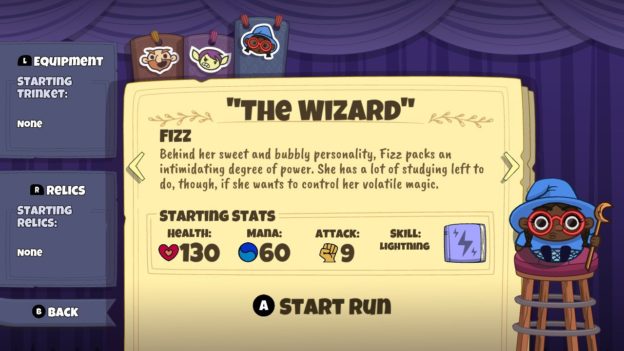 When the game first turns on there’s only one option to play: New Run. Roundguard has a permadeath feature where each time you pick up the game, you see how far you can progress. If you die, you head back to the main menu and try again. There’s not much of a story to this game other than the king is missing. You have a choice between three characters – a warrior, rogue, or wizard.

Each character has his or her own set of stats such as health, mana, attack, and one special move to start. I love mages and sorcerers, so the wizard was my first choice. I tried playing as all three characters at one point or another, but I mostly stuck with the wizard since she was the easiest to control and, in my opinion, had the better stats and special attacks. 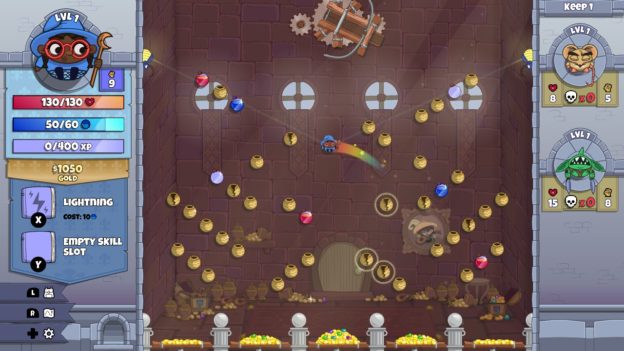 After choosing your character, you’re thrown into the gameplay. Each level is randomly generated, so no matter how many runs you’ve done, no two playthroughs are ever alike. I enjoyed this. I think randomly generated dungeons are fun. The maps were random as well. Once you get through a level, there are two or three routes you can take. You can check the map to see what kind of room it is – a normal room with enemies, a treasure room that will give you a new weapon or armor, or a room with extra or tougher bad guys.

You can choose which route to take through the normal gameplay. However, if you haven’t fully cleared the room, your character might bounce onto a different path than you intended. 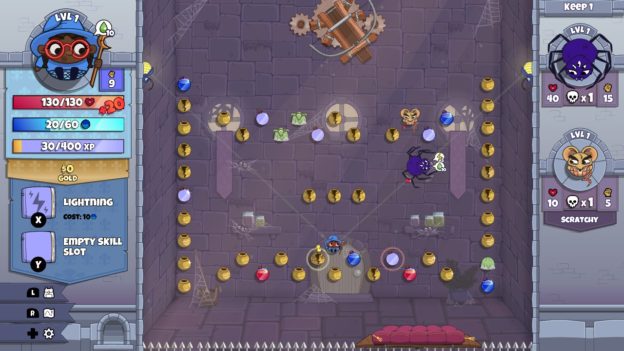 When I say, “clear the room,” I mean each level is riddled with pots, health and mana potions, and enemies. These are often strewn about the room, but sometimes have a pattern to them or create a picture. For example, in one level, the pots and potions were lined up to look like a bow and arrow.

Your character begins at the top of the screen and you can aim where you want to shoot them. If you’ve played Peggle before, you’ll get the hang of the controls quickly. Hitting health and mana potions regains your health and mana respectively, pots give you treasure, and when you bump into an enemy, you damage them, but they also damage you. In order to move onto the next room, you need to defeat all the enemies, which range from orcs and goblins to spiders, and more.

Overall, I enjoyed this game. I had fun with my time with it. The controls were smooth and the music was varied and light-hearted. However, I felt as though this game was in its awkward teenage years. It doesn’t know if it wants to be a puzzle or an RPG. 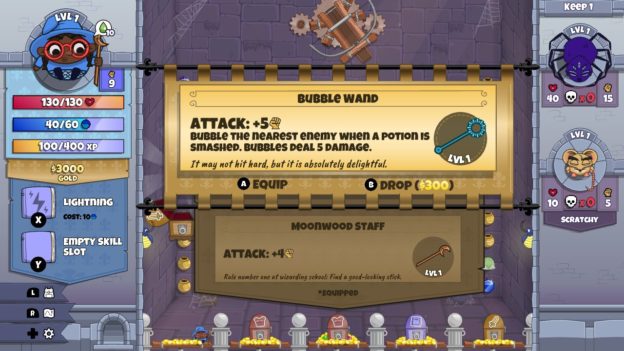 If I’m going to play an RPG, I prefer to have a solid story. I want to work from the beginning, through the middle, all the way to the end. This game, as an RPG, did not have that. However, from a puzzle and arcade perspective, I don’t necessarily want a story. The point is to get through each level and, when you play again, beat your high score or get through it faster.

The character you choose can get more armor and weapons and they even gain experience points and level up when defeating enemies. So, when you die, all of that is lost. You do earn trinkets based on how much gold you collect, which is brought over from one run to the next. For me, that wasn’t enough. Permadeath is a great feature but, for this game, I really wanted to keep my progress. 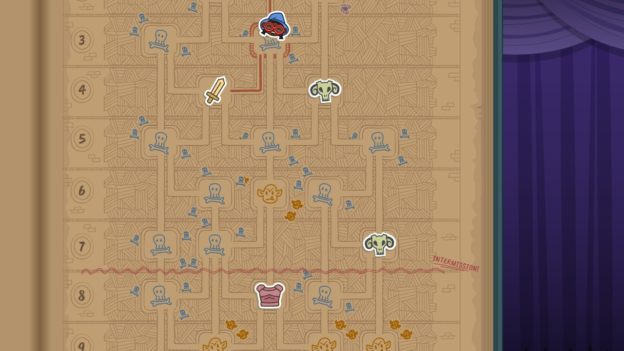 Roundguard is a well-rounded game. I feel like this genre twist is a unique combination and I enjoyed my time with it. This won’t be a go-to game of mine, but I can see myself going back to it now and again. I’d recommend this if you are a fan of RPGs, puzzles, or just want to try something different.

Roundguard is a unique twist on the RPG and puzzle genres. With smooth controls and fun gameplay, Roundguard has some great potential.