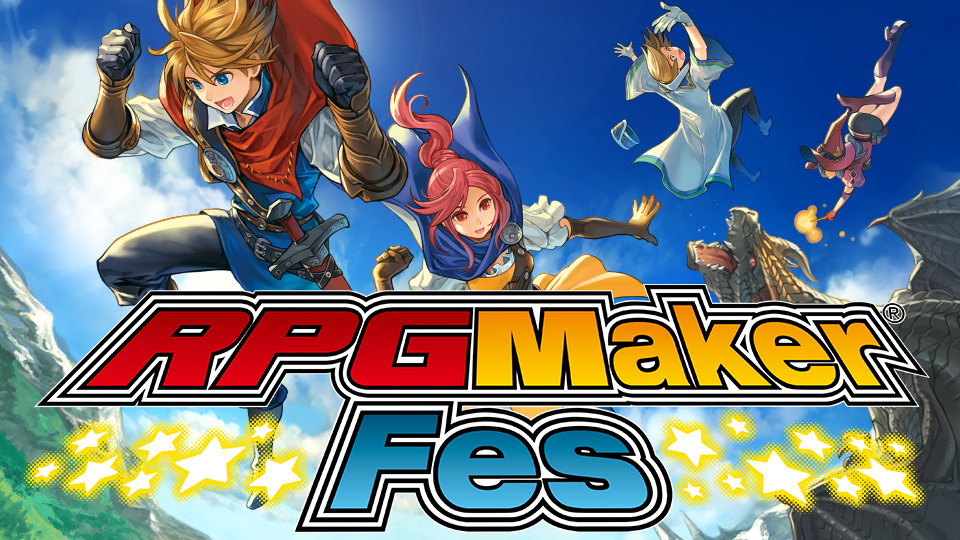 When it comes to game design, nothing can be more frustrating than having an idea that’s stuck in your head. Whether you lack the artistic resources or programming know-how, RPG Maker FES for the 3DS can help turn your dream title into a reality. As a surprisingly robust game creation tool, you can easily start creating your very own RPGs without any prior game design experience, provided you are willing 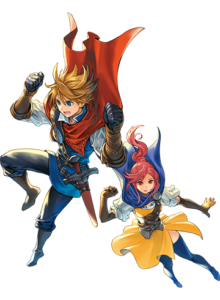 to spend some time learning how everything works.

RPG Maker FES wastes no time throwing you right into the thick of things as soon as you start the game up. By selecting create a new game, you’ll be whisked away to the main creation menu where you can begin building maps, creating characters and enemies, or constructing events, which help add interactivity to your game.  For the most part, the tools at your disposal are intuitive, and the average person will have little trouble figuring out how the basic functions available to you work. That being said, RPG Maker includes no game creation tutorials, and this really feels like a missed opportunity to help new users jumpstart the creative process. Adding any advanced actions to your game will most likely take a little extra research online or in the game’s manual to get the effect that you want.

Despite taking some time to familiarize yourself with how the creation tools work, you can start seeing results rather quickly. Creating areas to explore in the map settings section is as simple as picking one of three map sizes you wish to use, and then creating your scenery by placing pre-made tiles (known as “chips” in-game) in a grid-based setting. Besides placing chips in one-by-one, there are tools that let you place multiple chips down, copy and paste them, and move them around to a different area on the map. These greatly help expedite the design process. All of these functions can be used with the 3DS’ control pad or the touch screen, and it won’t be long until you have a character running around in a world you created. 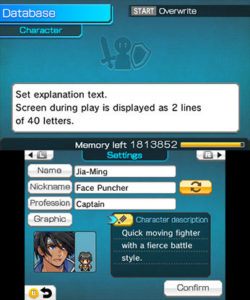 Speaking of characters, you’ll be creating plenty of them in the database section of RPG Maker. Here, you’ll add everything from your heroes and the monsters they’ll face, as well as the items and skills they’ll use. For creating characters, you can choose from a variety of pre-made heroes, and from there you can create and assign them job-classes and abilities. Along with their skill set, it’ll be up to you to decide your champion’s initial equipment and stats, but there is an option to set their growth speed to determine how powerful they will become upon leveling up. NPC’s (Non-Playable Characters) are set up in a similar manner.

While having pre-made assets is a great benefit to RPG Maker, and to be fair, the content provided is well-made, one big drawback is the lack of any kind of drawing tool. This means that you won’t be able to design any custom scenery, characters, or monsters, which could ruin some of the joy those more artistically inclined might have had with the game. Instead, you are able to download additional sprites from the in-game store, and while some of it comes at no cost, you may have to spend some extra cash if there is a particular theme you want your game to have.

For those looking to let their creativity go wild, do not despair about the lack of a creation tool, as the 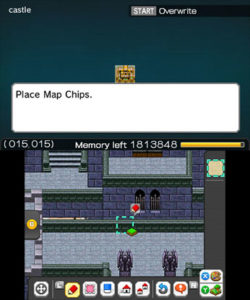 events section is where RPG Maker really shines. Rather than having you program an action, anything from opening a treasure chest to panning the screen during a cutscene is done with events. Creating an event is as simple as selecting an action you wish your game to perform, and then setting it in place in the world you’ve created. These events can be used to make your hero jump back in surprise upon inspecting a suspicious area, having a conversation with an NPC that has branching dialog options, or creating levers to open doors in a dungeon to name just a few examples. Depending on what type of map you want to create an event in, the types of events available for you to use will differ. This is the part of the creation process where you can really get creative, as using events effectively will give your game its personality, and there is a lot you can do with them.

There’s no real satisfaction of making a game unless you can share it with others, and RPG Maker has that covered. You can upload your finished product to the RPG Maker servers for people to download and play, and the free to download RPG Maker Player app will let those who don’t own the game able to experience your creations as well. In addition to being a great way to showcase your work, it never hurts to download someone else’s creation to get inspiration or to see how they added a certain effect that you like. 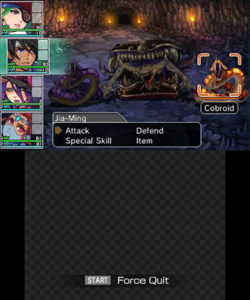 If you’ve always had a secret yearning to design your very own RPG, but lacked the artistic or programming skills needed to strike out on your own, RPG Maker FES by Kadokawa Games is a surprisingly versatile game creation tool. While the lack of being able to create your own assets or tutorials may demotivate some, experimenting and tinkering with the powerful event system at your disposal can easily add many enjoyable hours with this title. If you want to make a game but want more artistic freedom, this might not be the title for you. If, however, you are more interested in creating and sharing that idea that you’ve had in your head for ages, there is plenty of fun to be had here.

Powerful, but not always user friendly.

RPG Maker FES lets anyone try their hand at game development without the need to produce art or learn to code thanks to its pre-made sprites and event system. While the tools at your disposal are powerful, expect to be doing some research on how more complex actions work. The lack of an in-game sprite creator also diminishes the amount of unique content you can create.