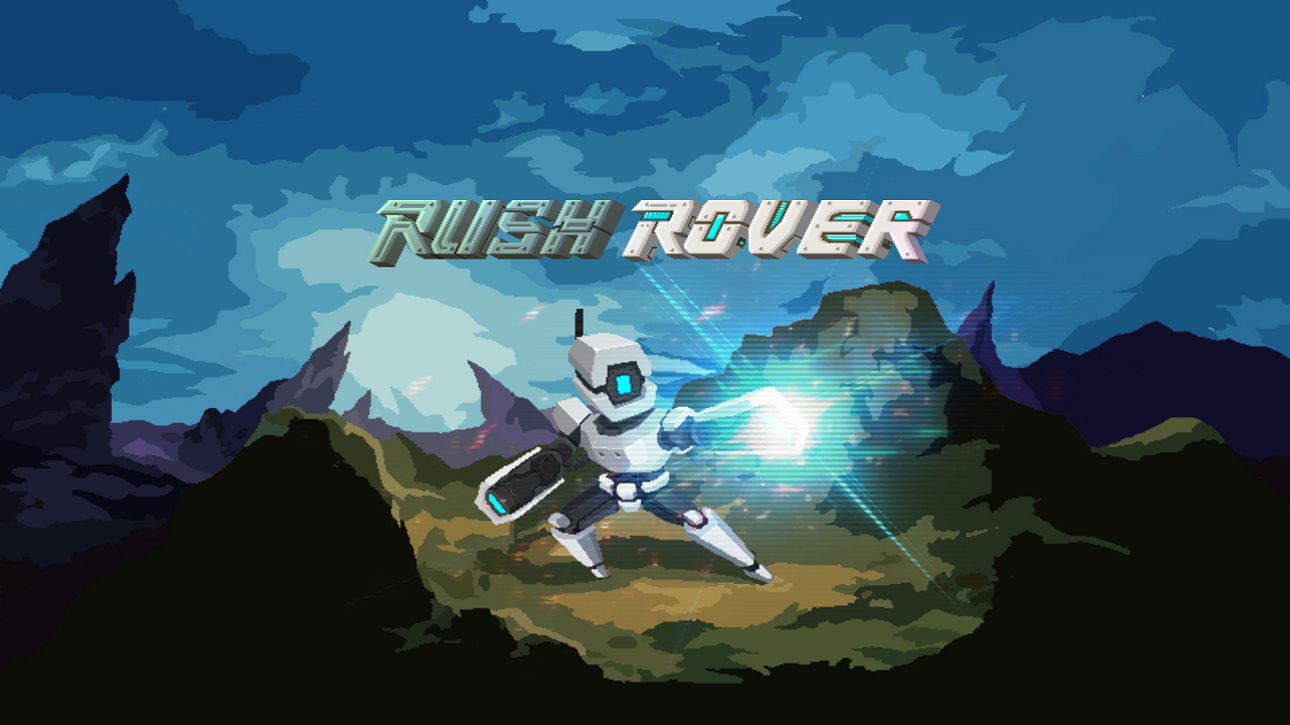 You know, the eShop is littered with cheap shovelware. So many games feel like someone is trying to make a quick buck while putting minimal effort. However, in a few rare cases, some games have a cheap list price, and yet remain solid titles worthy of your attention. Listing at $4.99, which of these categories does Rush Rover fit in? 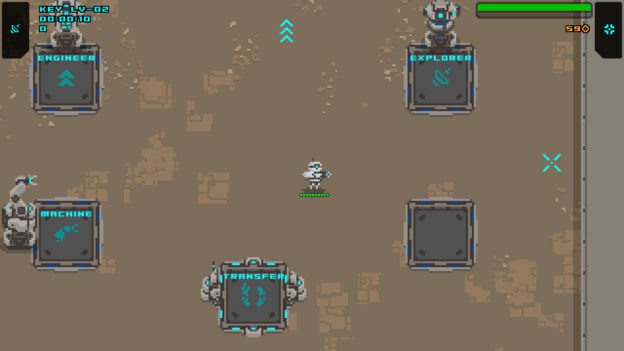 Rush Rover is a roguelike twin-stick shooter. You play as a ‘clean’ mining rover who has to battle his way through hordes of infected robots in an effort to survive, so the plot is pretty minimal. Don’t be expecting any kind of RPG here. 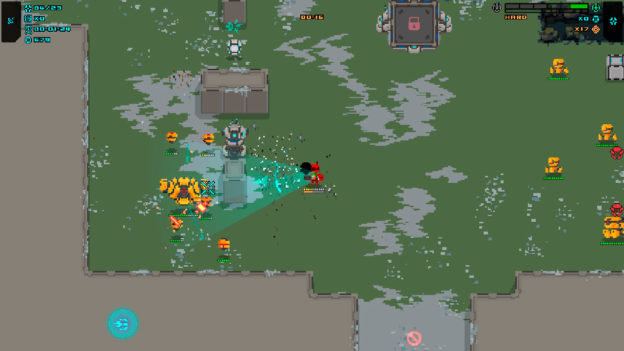 My personal experience with roguelikes is pretty limited, though I’ve enjoyed the few I’ve played; namely 20XX, along with the original and most recent ToeJam and Earl games. Playing Rush Rover felt like a more simple roguelike to me. There is random map generation, but each room you go in feels more or less the same, but with just enough variety to not make things boring. 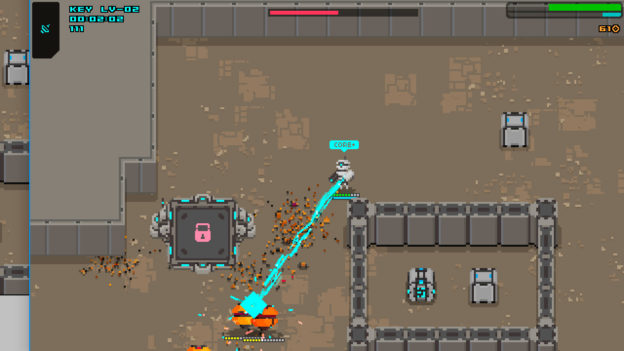 Upgrading is pretty cool here. You collect two kinds of currency in-game, one of which you use to upgrade yourself at any time, and the other (harder to obtain one) you use to buy items and services from other robots. You can find a pretty diverse selection of items about, and I enjoyed upgrading myself, again and again, each playthrough. 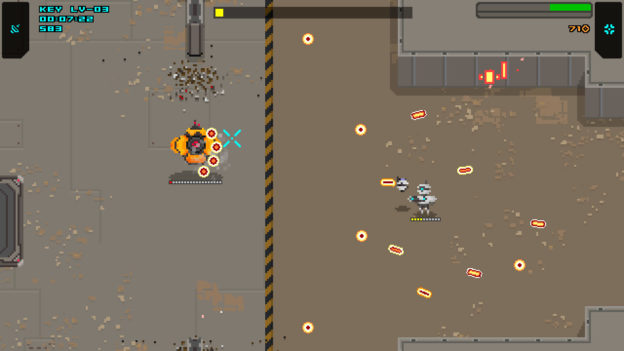 I enjoyed my time here, however one part of the game kind of ruins it for me. The endgame has an incredibly cheap one-hit death in it that I haven’t managed to avoid as of yet. It gives you the ‘bad ending’, and honestly, I didn’t even know why or how I lost until I watched a playthrough on YouTube. If this wasn’t in the game, I’d honestly give it around a nine as my only other complaints are a few misspellings, the co-op mode being pretty lousy, and the lack of a tutorial leading to confusion at the start. 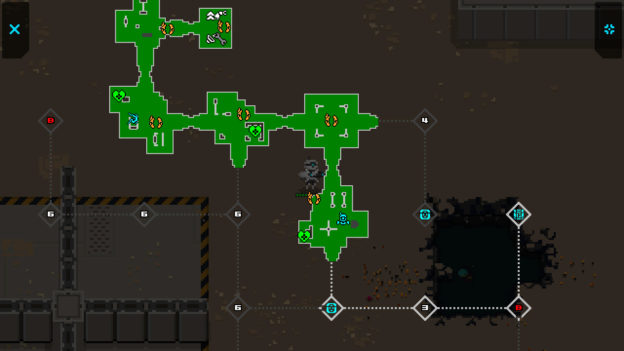 So where are we at? Rush Rover is a fun eShop gem for a very affordable price. It’s a game I could see myself playing through again and again as it’s very replayable, but unfortunately, the endgame spoils some of the fun. After watching a playthrough, I feel like I probably could get past the cheap shot, but it’s stupid that a good run can end to it. I’d say to pick it up as it’s an amazing value for what you’re getting and a fun game, but be aware of its flaws.

While a cheap shot somewhat spoils what otherwise would be an excellent game, Rush Rover is still is an amazing value and good title.