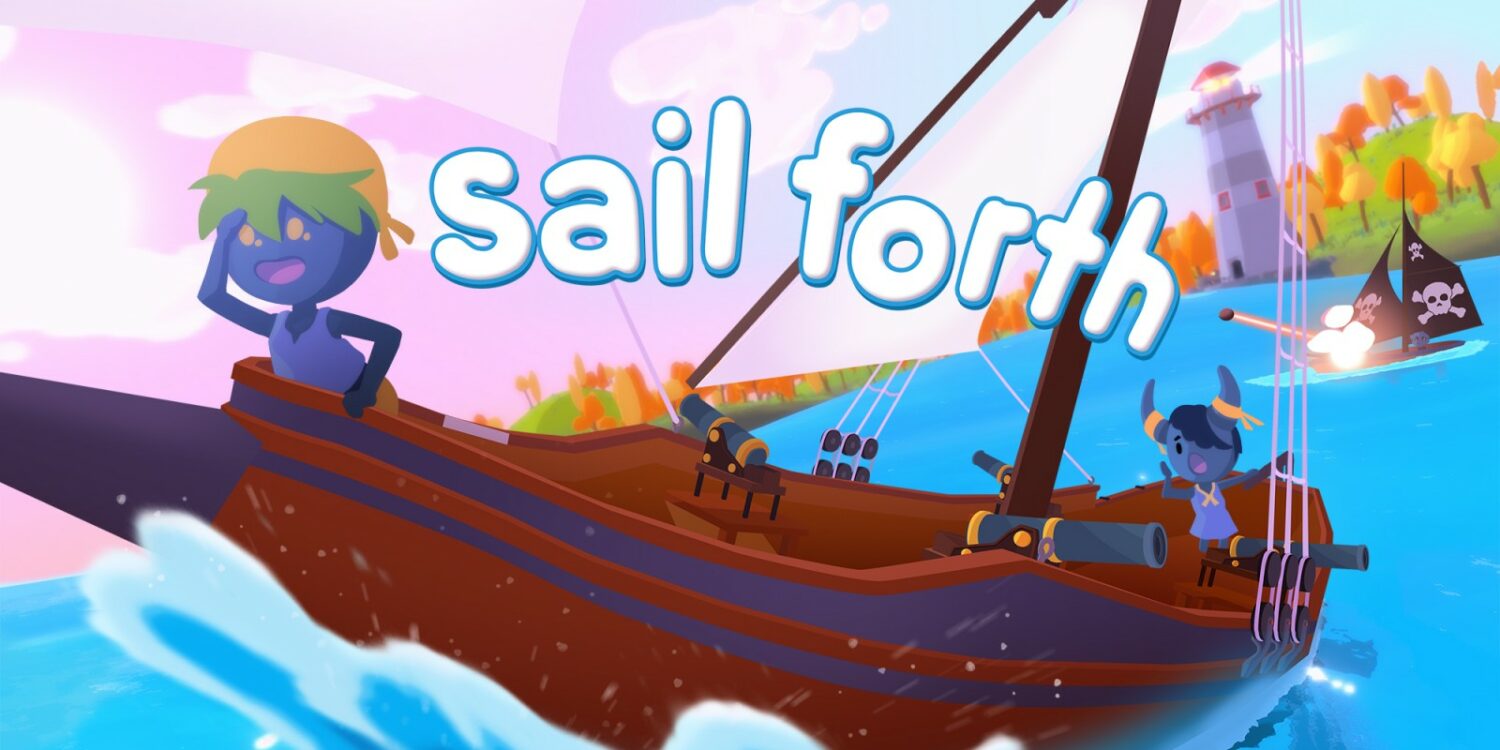 Sail Forth is an open-world, procedurally generated sailing title for the Nintendo Switch. In the game, you sail the open seas, seeking treasure, fighting pirates, catching fish, and saving the world. It certainly has a lot going for it, but how well does it hit the mark?

Let’s get this out of the way; Sail Forth looks a lot like The Legend of Zelda: The Wind Waker. It’s not just the fact that it’s a water-based outing; the visual style uses cel-shaded graphics that are strongly reminiscent of Link’s classic sea outing. Given how lovely that particular adventure looks, this is a comparison that works to Sail Forth’s advantage. It’s like taking the seafaring component of Wind Waker and making an entire game out of it—without Link, of course. 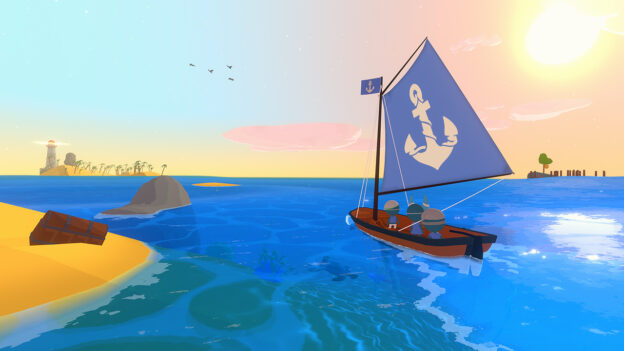 Instead, our lead character is someone named Captain Toot. This cartoony swashbuckler meets various other misfits along his journey. Some join his crew while others help him out or receive his help. These sidequests provide an endearing quality to engage you with the world.

Gameplay-wise, the entire session is spent on your boat; there’s no land-based skullduggery here. You spend your days at sea sailing between islands to meet interesting characters and complete tasks, all while fending off enemies and building up your fleet. There’s an underlying narrative to discover, as well, involving crystal shards and lighthouses. I won’t spoil the mystery here, though.

One of the most fun aspects of this title is the ship building. Each time you scavenge a wreckage or defeat pesky pirates, you earn yourself some planks. These wooden items serve as currency as you upgrade your vessel and even add more ships to your fleet. You can name your boat, decorate it, and customize your weapons, helping personalize the experience. 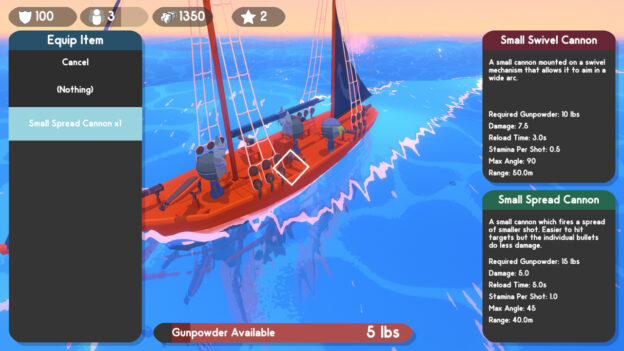 You’ll need those weapons to fend off pirates who attack randomly and vehemently. Shooting takes a little getting used to, especially while steering around islands in an attempt not to beach yourself. This happened to me several times, but you quickly respawn nearby. It made me feel a little clumsy, though. The cannons themselves have stats—including reload time and damage inflicted—so upgrading them is also important.

I mentioned at the outset that this is a procedurally generated adventure. This means your sea-based outing will be different from everyone else’s. Your adventure unfolds via discoverable locations on a map. There’s a lot of backtracking, making sailing between them a bit of a chore. Thankfully, fast-travel options are included to save time. Although this works well for the most part, it’s inconsistently applied. Sometimes you just have to sail in a particular direction for a long while to get where you’re going, which can be a little frustrating.

Other nice additions include a simple fishing mechanic and a camera. I enjoyed trying to reel in all varieties of fish, though it’s a little luck-based—you need to happen across the right spot of ocean to be prompted to fish there. And you can only view your catches at the relevant shop, for some reason; a nice on-board catalog would be appreciated. The camera is fun to operate, allowing all kinds of angles and zooming to get just the right shot. The procurer of photos can be a little picky with your art, though, so it’s best to take multiple shots of the same subject to get it right. A little like real life, really.

Graphically, Sail Forth is lovely to behold. Wind Waker comparisons aside, the sprawling seas look beautiful, with rolling waves that require careful navigation to avoid capsizing. You can even spot the shadows of creatures under the water. The music is also fantastic, with soft tunes accompanying your seafaring journey to create a relaxing mood. Certain events trigger more dramatic music, such as when you’re under attack. It works well in concert with the graphics to enhance the overall mood. 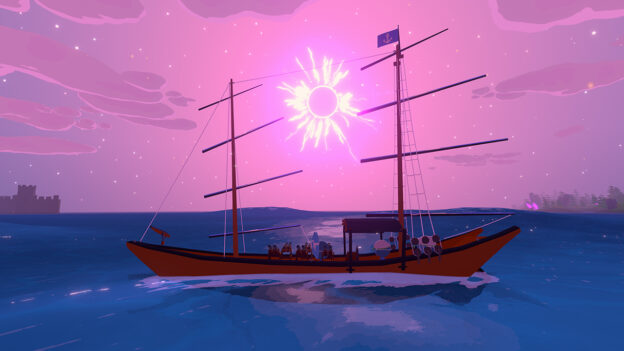 I did come across an odd issue at one point when I exited the game and later restarted only to lose a fair amount of progress. There’s an autosave feature, so I’m not sure what happened. It didn’t occur at any other time, but it was a little frustrating to have to replay certain points again. The only other issue I noticed was a slight drop in frame rates from time to time, particularly while bobbing up and down on bigger waves. It was noticeable, though it didn’t mar the experience for me.

Overall, Sail Forth is a relaxing game full of interesting characters. It looks lovely and plays well, despite a few minor issues. If you like the seafaring side of Wind Waker, there’s a very good chance you’ll enjoy this ocean-based outing.

Sail Forth is a relaxing game set on the high seas. It looks lovely and plays well, despite a few minor issues. If you like the seafaring side of Wind Waker, you’ll enjoy this ocean-based outing.