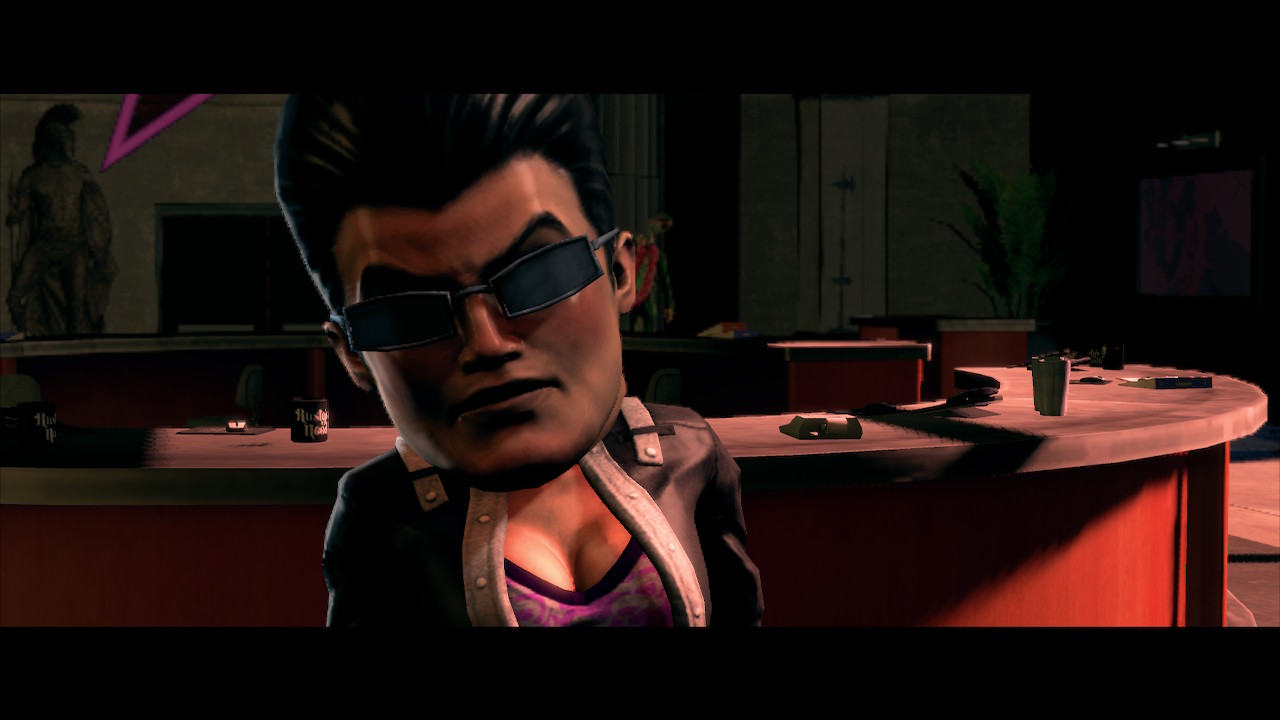 Saints Row: The Third was a masterpiece of its time when released in November 2011. It reinvigorated what gaming meant and what to expect from open-world / action-adventure games.

Here’s a brief little history of the franchise, to better understand the impact it had on the genre: 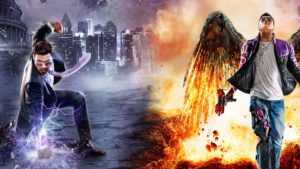 The Saints Row series began grounded in reality, and very similar to Grand Theft Auto, but after the second entry in the franchise, Deep Silver / Volition learned that a different approach was needed. Thus began the crazy sex-driven hijinks! While Saints Row: The Third was still grounded in reality, it didn’t take itself too seriously, which is why it is the series favorite amongst fans. Future entries delve into stuff that you wouldn’t imagine happening ever, and I mean that in every sense of the word. While I liked Saints Row: IV and the ability to be the world’s free leader (except with superpowers), it didn’t capture my passion/love for the series anywhere near as much as the third entry did. Then came Saints Row: Gat out of Hell (an expansion for Saints Row: IV) in 2015, everyone’s least-favorite addition to the series. 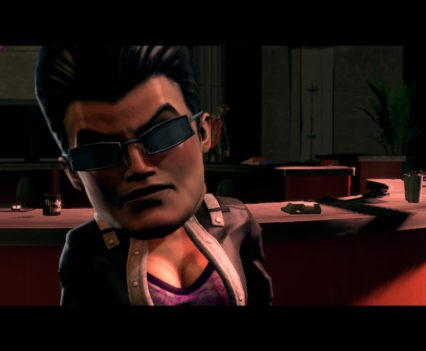 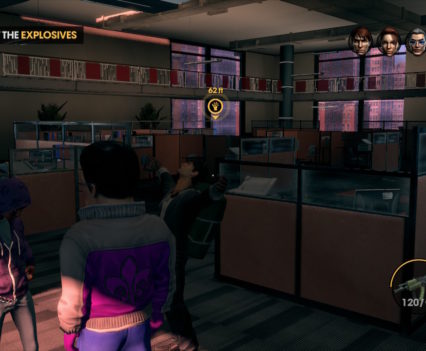 In Saints Row: The Third, you play the role of the unnamed Protagonist. You begin with your fellow 3rd Street Saints gang members planning to rob a bank in Stilwater. The plan goes awry when the silent alarm is tripped, leaving the gang stuck in prison. You’re soon busted out under the orders of the Syndicate, who owns the bank. When you refuse the Syndicate’s demands, you’re left to escape from a plane using parachutes (which, incidentally, don’t alleviate the fear of free falling while enemies attack). 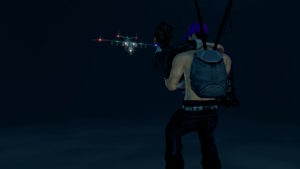 After reaching the ground there are a few things to take care of before you have complete freedom. These tasks range from driving to the mechanic and getting introduced to vehicle customization, purchasing your first bit of clothing at Planet Saints, purchasing weapons at Friendly Fire, and unlocking Shaundi’s Ex’s Apartment.

While the casual player just wanting to drive around and do crazy stuff might think this introduction is a little tedious, it’s actually quite satisfying – it’s short and does a great job of introducing the player to the world. 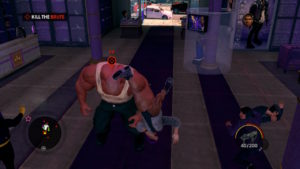 The introduction is also where you create your very own character. This is one of the best character creators I’ve come across in gaming, especially in a game from 2011. Like the actual gameplay itself, there’s a lot to do in the customization of characters, including adding taunts that aren’t in the PG-13 realm. Whether you’re changing the bulge size of your Saint, giving them a six-pack, or just making their skin pink, the option is there… and for both genders too. Unlike Grand Theft Auto at its time, Saints Row took steps in supporting the LGBTQ+ community. And if you want to go back and edit your character, that’s okay too, as the shop location, Image & Form, allows you to do just that. 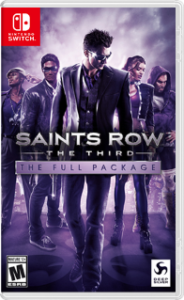 But the character creator is only part of the fun when it comes to the customization of Saints. It’s a whole lot of fun to visit the various clothing stores, each carrying its own line of clothing.  There’s everything from lingerie, goth, alternative, emo, and costumes, to your typical run of the mill, average clothing. No matter your style, there’s bound to be thousands of clothing combinations for you and I could literally spend days just customizing my character. But if clothing isn’t your thing, there are tattoos as well. The tattoo parlors around Stilwater offer a large assortment of styles and a bunch of preset locations for them each to go on.

Another aspect of customization is vehicles. This isn’t as in-depth as characters, but it is still amusing. One of my favorite parts about it, despite not changing appearance, is the upgrade system. Every upgrade feels meaningful, and comes at an expense, so you’ll need to consider what to spend your money on. There are upgrades for things as simple as engine speed, tire durability, and torque, to “gimmicks” like kneecappers and nitrous (which are actually amazing!).

The most important note to newcomers regarding customization: don’t forget about your homies! Each Saint can also be customized by choosing one of many presets and using a Saints-branded vehicle. 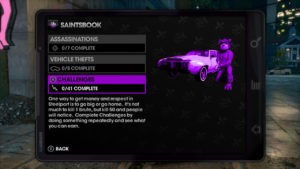 Customization aside, there’s also a hefty amount of side-activities to complete. Whether you’re picking up escorts, driving a car with a tiger as your passenger (don’t let him get mad!), or trafficking, there’s no shortage in diversions from the regular story missions. There’s a whole bunch of even crazier side-activities too. There are also the “hidden gem” side-activities most forget about:  the collectibles, gang operations, challenges, vehicle thefts, and assassinations, which I strongly recommend checking out (there’s a huge variety of targets in the Saints’ Book on its own, enough that you’d think it was a Hitman game). These activities take you around town and are so much fun, providing loads of replay value. 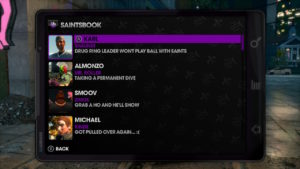 If you want something to occupy your attention that isn’t necessarily an open world, the game also offers another mode with a fun, unique twist on survival. Unlike typical survival games, this one is a bit more fast paced and, well, crazy! I’d say the craziness of it all is what makes it fun, though I’d be lying if I said it had all the mechanics a typical survival game would have.

There are a select few maps from the Saints Row universe in which you will face hordes of enemies. While more levels would’ve been nice, considering all the other content on offer, it’s a forgivable omission… I enjoyed this mode for the crazy shenanigans it offered, and it kept me coming back just to try and climb up the rounds and discover all the NPC outfits and weapon combinations. All these NPC outfits and weapons can, of course, be unlocked in the main game as well, but this mode ties them all together in a fun way. 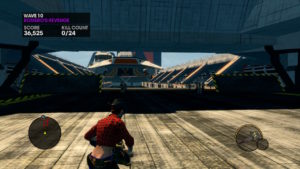 Moving onto the actual story mode portion of the game, which is a bit unique in its own right… and for the better. While the story is not suitable for younger audiences, if this type of crude adult humor isn’t a bother, or preferably is something you find amusing, it’s a fun time. Aside from the pure comedy it provides, the characters are each distinct and well-developed. Their personalities will shine through.

The game plays well with minimal bugs. The graphics compare well to the original versions of the game, with improvements in areas like lighting and shadows. Performance-wise, it’s not perfect, but it isn’t much of a deterrent while playing. The frames go fast at times, which give the impression of choppy gameplay, but again, it’s not distracting. 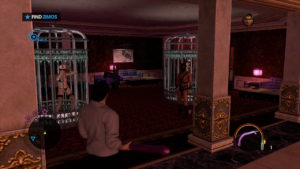 While this game certainly isn’t for everyone with its crude humor and content, what’s provided is done very well. I recommend this game to anyone who owns a Nintendo Switch and has consent to play these kinds of games. Not many games on the Switch offer this amount of customization, replayability, and a large-scale open world. Even if it is a double dip for me, I had more fun the second time. The campaign is fun enough to be replayed over and over, that is if the abundance of other activities on offer don’t interest you (which they should). This game offers hundreds of hours filled with crazy shenanigans, and that’s not including all the extra downloadable content that comes with Saints Row: The Third. 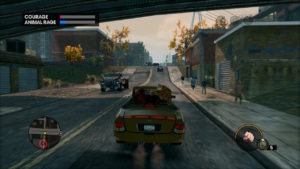 While this game certainly isn’t for all, what’s provided is done so well and in such abundance that I recommend this game to anyone with a Switch and consent to play this kind of game. Not many other games on the Switch can compare in terms of customization, replayability, and sheer scale of its open world.