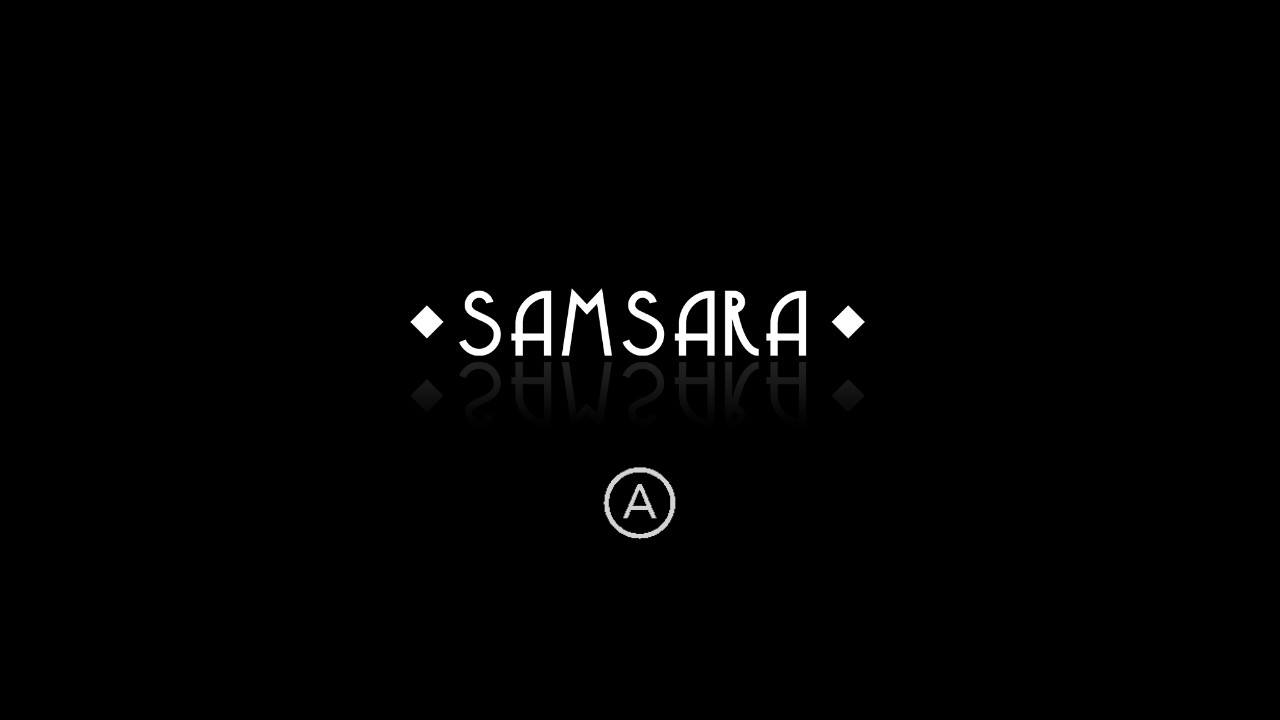 Samsara: Deluxe Edition is about a young girl named Zee who follows a squirrel through a portal to the world of echoes. This is a puzzle, strategy game that is twisted with outside-of-the-box thinking and symmetry. 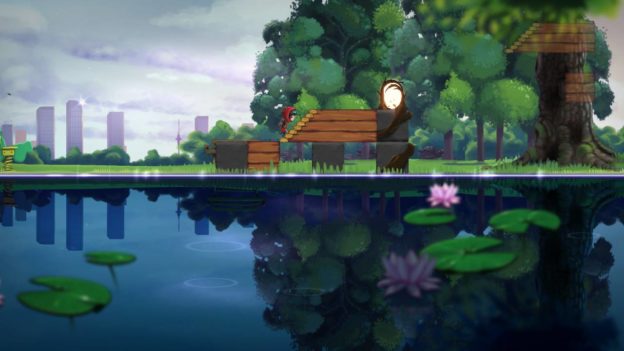 You’re thrown right into the gameplay straight away, the tutorial being Zee following the squirrel in the park. With the controls showing at the bottom, the game walks you through placing one or two wooden blocks or stairs in front of Zee to get to the squirrel so she doesn’t fall down. Once the blocks are placed, pressing the Y button allows Zee to move on her own. She follows one path only and that’s forward – whether there’s a block in front of her or not. If the puzzle is done wrong, she’ll fall and the level needs to be restarted. 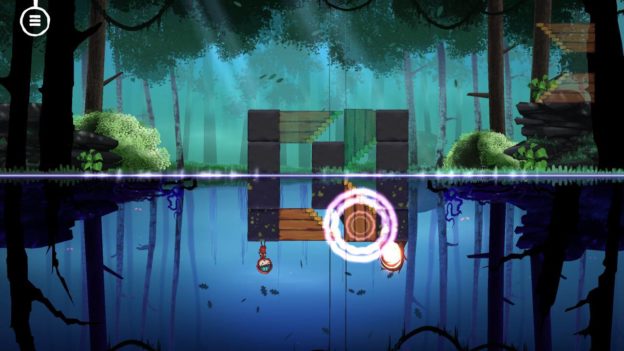 There’s not much to the game other than building the blocks to make the way for Zee. Once the game really begins and Zee is in the other dimension, the puzzles immediately get harder. I raged-quit so many times on level three. The fact I couldn’t get past the third level for the longest time was super frustrating.

The controls are straightforward and simple despite the puzzles being difficult. The pieces you can use are given to you and you can’t use anymore or less than what’s given to you. You can select the piece you want and either place it right away or rotate it around, but that’s all you can. The rest is thinking. However, there’s no hint button. Given the limited pieces and being stuck for so long, a hint button would have gone a long way for me. 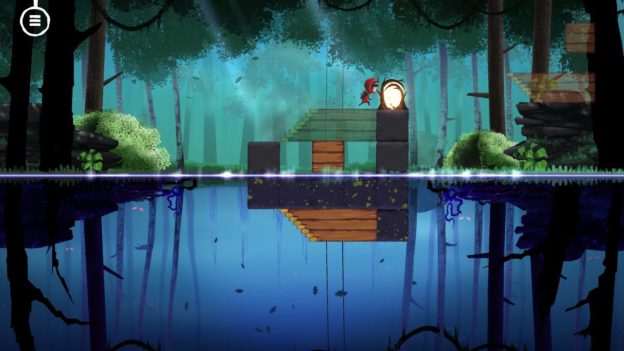 The physics of the puzzles didn’t make any sense to me either. The blocks need to be precise or else they’ll fall over and go back to the top corner of the screen as though you had never used it. There were also many times when I set up the solution so that Zee would fall off the first block and land on the stairs to the second part. Despite it being directly below her, instead of falling onto the next block, she’d fall into the void, disintegrate, and I’d have to start from scratch. I still haven’t figured out why that happens, especially when it worked fine in the tutorial puzzles.

Of course, since Zee is in another dimension, the blocks need to be symmetrical on land and through their reflection in the water. Sometimes they have a reflection and sometimes they don’t. Since you can rotate the blocks, you sometimes need to rotate them in the opposite direction so the reflection is the right way to help Zee. It makes it so you really need to think hard and picture what you’re trying to create for Zee. Everything is mirrored so you need to watch for the path in front of Zee as well as the path reflected. 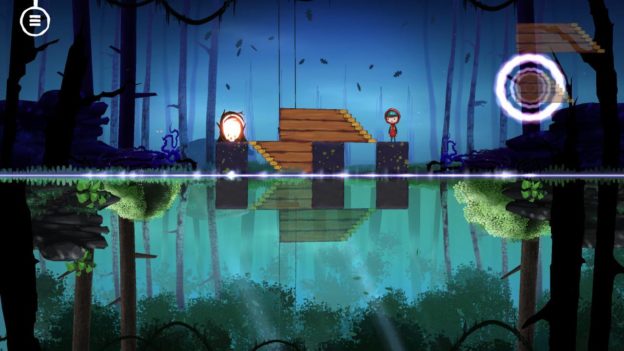 The graphics for Samsara: Deluxe Edition are nicely done. I especially loved the various backgrounds and the mirrored effects made it even cooler to look at. It really made the game unique in style as well as gave the puzzles an extra boost. My only complaint was that the puzzles were difficult with little rules and explanations. Because the game is linear with no skipping levels and not having hints I wasn’t able to finish the game.

Samsara: Deluxe Edition takes symmetry puzzles to a whole new level. The puzzles are a good workout for the brain since there are limited pieces to work with and you need to think upside down sometimes, but with very little help from the game itself, it’s easy to rage-quit and stop playing for a long time.