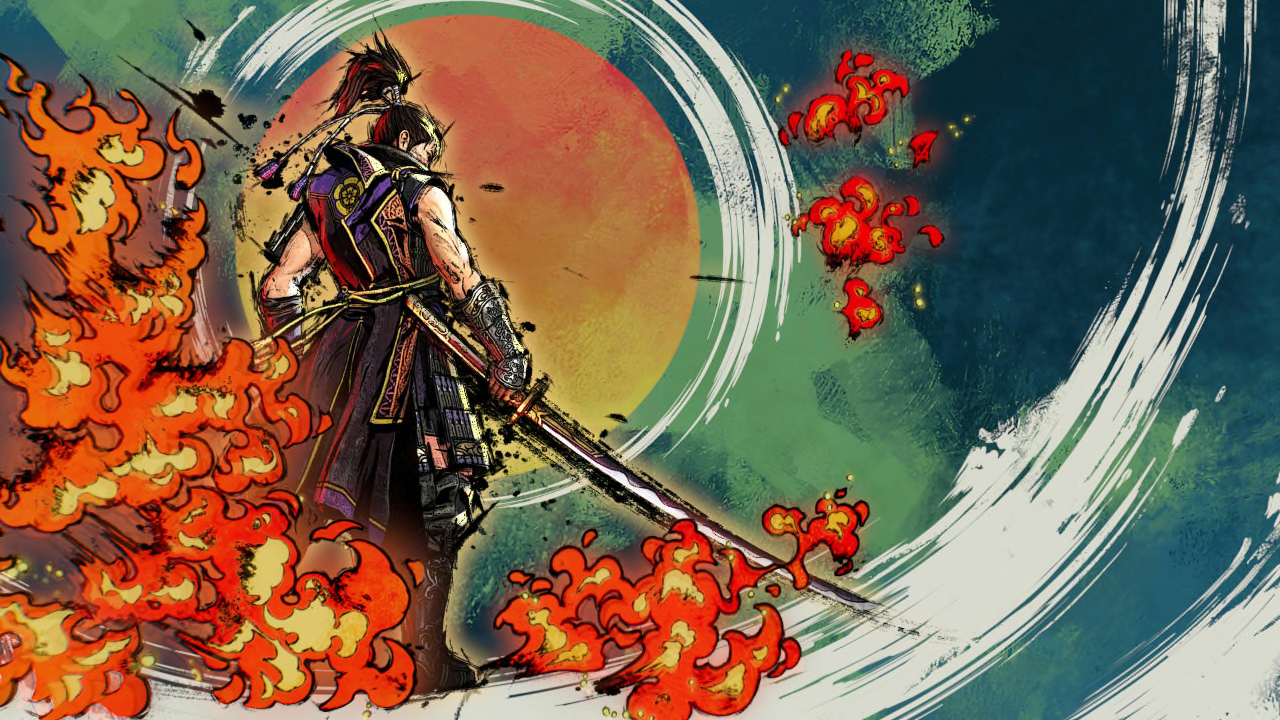 Samurai BFFOALUS (Best Friends Forever Or At Least Until Seppuku)

The first Musou-style game I ever played was Warriors Orochi III Hyper on the Wii U, and I had a great time with it. Unfortunately, none of the Warriors games I’ve played since then were quite able to recreate the same level of fun…until now. Samurai Warriors 5 is a great game.

It seems an odd claim to make considering the repetitive nature of the genre. The Warriors games—whether they be of the Samurai, Dynasty, Hyrule, or even Fire Emblem variety—are inherently the same. You’re one person against thousands of enemies, yet you have the advantage. 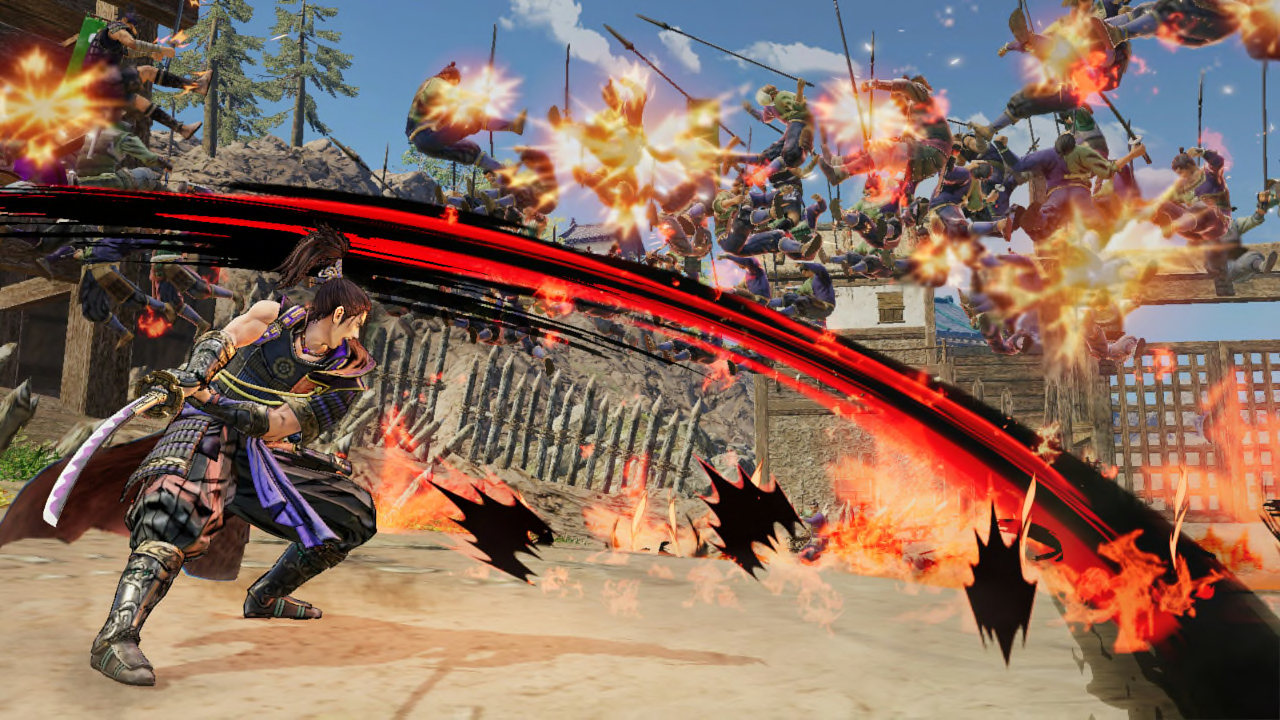 You’re given tasks to complete and a timeframe in which to complete them, then run across the countryside killing myriad enemies to get them done. The action seems like mindless button-mashing, and it certainly can be at times. However, in order to be efficient, and to get the rewards of winning on the higher difficulties, you’ll need an effective combination of strategy and skill.

The problem with many of the Warriors games is they tend to bog down between battles. It sometimes seemed the developers were trying a bit too hard to add some gameplay diversity, but all the downtime micromanagement and disjointed minigames killed the momentum. After a big battle, the last thing I wanted to do was spend 15 minutes breaking down weapons, assigning skill points, upgrading the warriors, and so on. Don’t get me wrong; you’ll still do that to do in Samurai Warriors 5, but it’s streamlined and makes more sense overall.

The roster is also streamlined this time around. I was initially disappointed by this when I saw some of my favorites weren’t returning, but the smaller pool of warriors perfectly serves this game’s narrative. Set in the warring states era of Japanese history, the main story follows the (decidedly glamorized) tale of Nobunaga Oda and his effort to unite Japan. A chapter in, the game splits into a second narrative that follows Mitsuhedi Akechi. 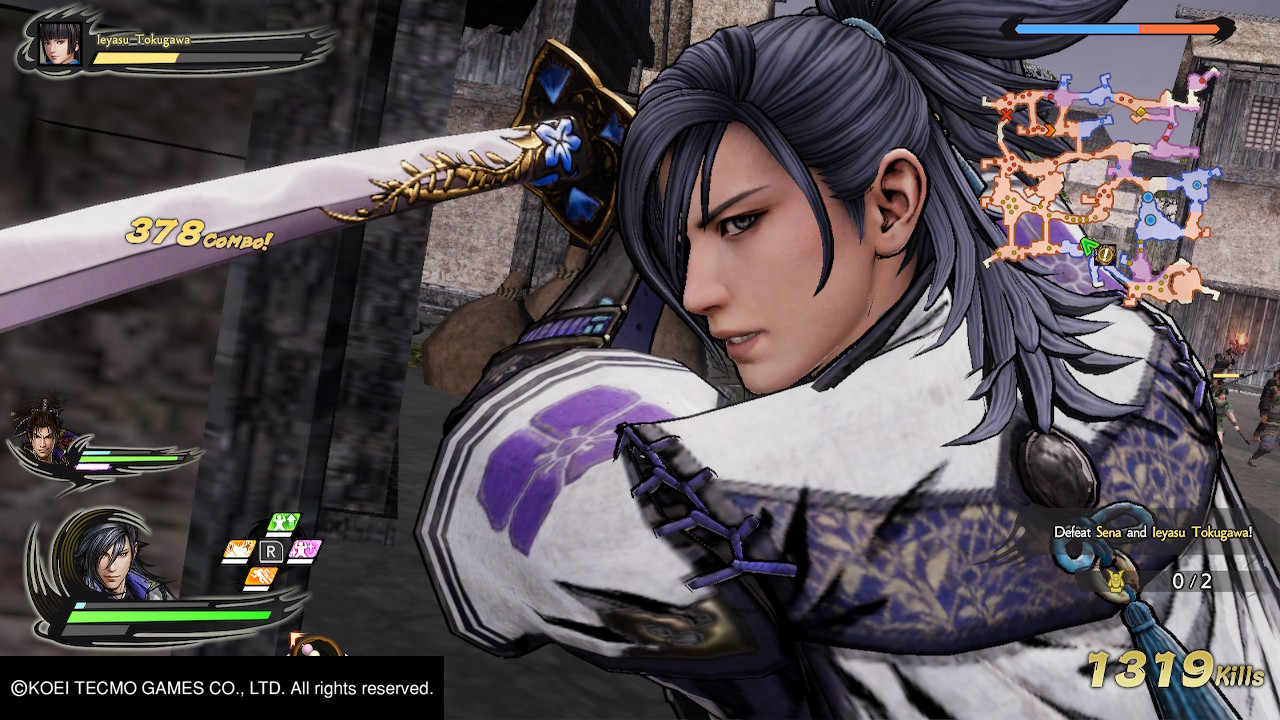 Various other historical and fictitious characters come into play, and the pared-down roster allows each to be more important to the game’s dramatic tale. It’s hard to not miss some favorites when Warriors Orochi IV had 170 characters, but limiting the number here was the right thing to do.

Another benefit of the limited roster is that it’s easier to keep everyone levelled up. Unlike in previous Warriors games where you could take pretty much anyone into battle at any time, Samurai Warriors 5 frequently restricts your playable character. At the start, for example, the main story requires you to play as Nobunaga Oda. The game’s telling his story, after all. Eventually, you’re given a small number of warriors from which to choose, and you’re allowed to take in another for support. But even if you have a dozen warriors unlocked, they won’t all be available. Some are dead, after all.

Focusing on the support warrior for a moment, Samurai Warriors 5 carries over one of my favorite features from the Samurai Warriors Chronicles 3DS games. Rather than swapping in characters at the immediate location, you can access a map and tell your secondary character where to go and what to do when he/she gets there (attack someone specific or just hang around). This is a great way to get the other warrior in position while you continue the onslaught with your other character, and it adds another layer of strategic planning to the proceedings. For example, your hit-combos carry over between fighters. So, if you’ve cleared an area of enemies, you can switch to the other character who’s hopefully in the thick of another horde. Continue to leapfrog characters like this and you’ll push that combo counter well into the thousands. 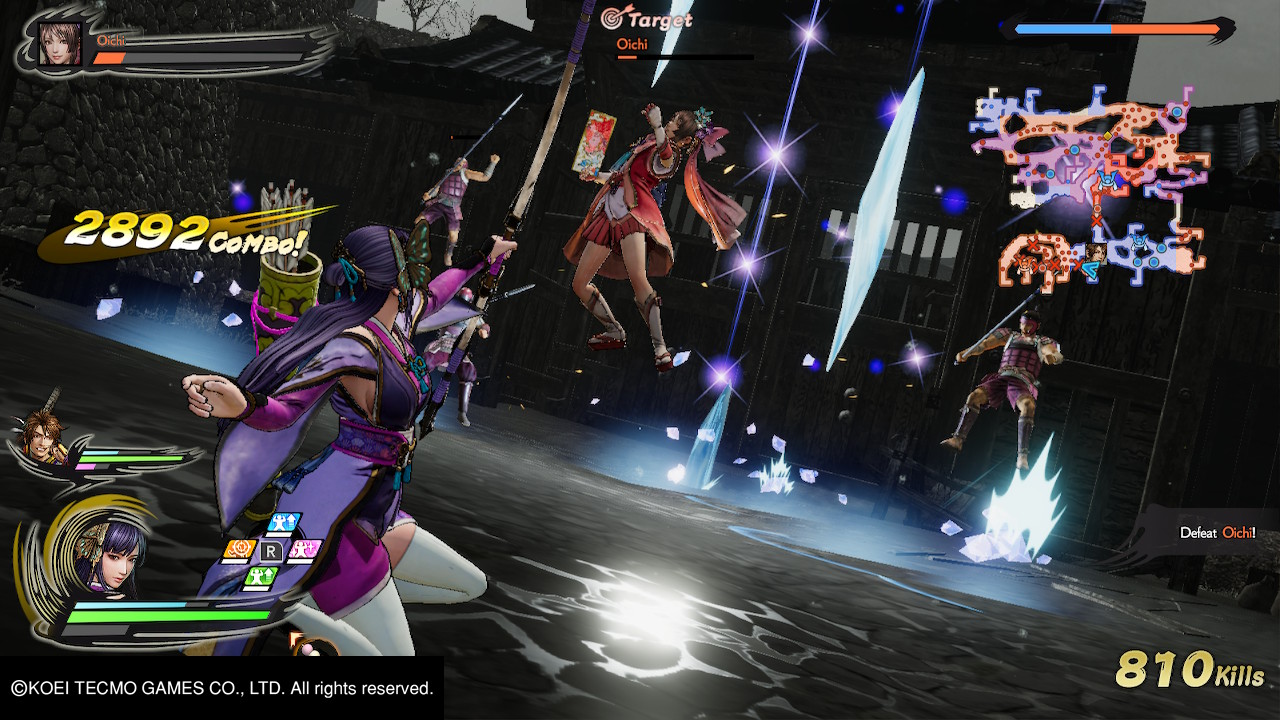 The game gives you a few options to keep everyone’s level and skill set where it should be. You can replay any completed level in free mode, for example, which allows you to play with any unlocked warrior (this is also a great way to grab additional items and to locate and complete objectives you missed the first time). You can also manually assign the experience points you’ve acquired. There’s also a Citadel mode in which you protect a location from attack, not to mention numerous bonus levels to unlock or purchase via DLC. In other words, there’s plenty to keep you busy as you level up your characters and shoot for better rankings on harder difficulties.

Now, a founded complaint about the Warriors game is that there’s not a lot of variety between missions. That’s still true, but some gameplay tweaks help to speed things along. Mashing Y and X can get tiring, and it often took too long in previous entries to reach the point where you could unleash your incredible Musou attacks. That’s still the case in Samurai Warriors 5, but you’ve now got interchangeable Ultimate Skills that you can utilize more quickly. These help to keep combat interesting, and they become useful when you need an extra kick but have an empty Musou gauge. Also, they allow for an additional level of customization for your favorite characters.

Of course, I also have to talk about the visual upgrade, which seems to have carried over from Fire Emblem Warriors. The art style is vibrant and clean, allowing the opulently designed warriors to look better than ever. 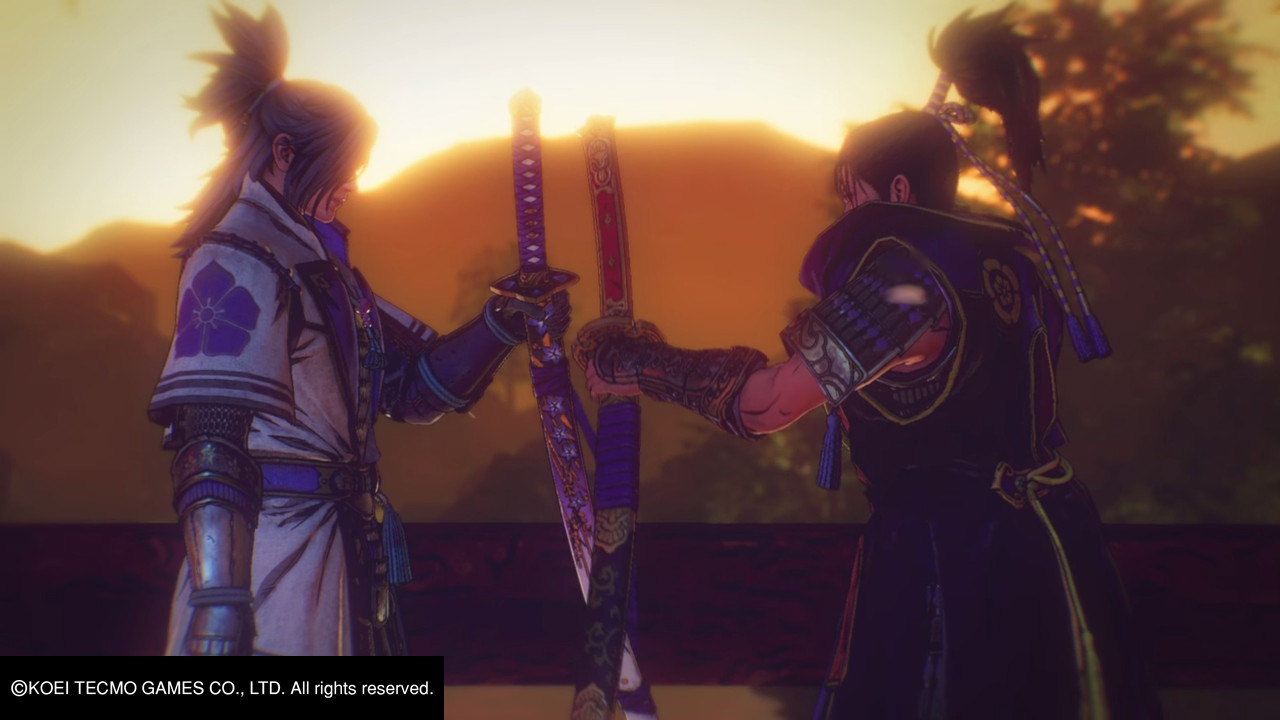 The men are handsome, the women are beautiful, and all of them flow through the battlefield with a combination of power and grace…not to mention a complete lack of performance issues in docked mode. This is definitely a game that’s best enjoyed on your TV.

If you’re able to get into the game’s flow, you’ll be able to stay there for quite some time. Although the main story isn’t too long, there are plenty of modes, objectives, and collectables to keep you entertained. The overall experience doesn’t change much no matter who you take onto the battlefield, but it remains consistently entertaining.

Even if you aren’t compelled to unlock all the levels or achieve the best rating, there’s more than enough in Samurai Warriors 5 to justify the purchase. Franchise fans and newbies alike will find plenty to enjoy.

With refreshed visuals and a streamlined roster, Samurai Warriors 5 is perhaps the best Warriors game released for a Nintendo device since Warriors Orochi III Hyper. The crazy combat on massive battlefields has been streamlined, as has the between-levels management, making for an engaging game that should thrill both old and new fans of the franchise.