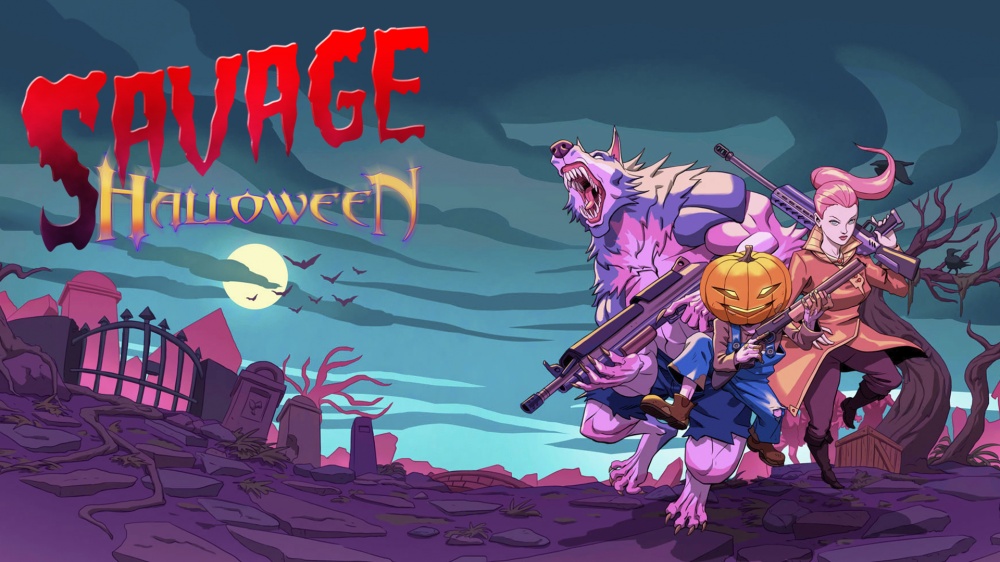 Savage Halloween is a platform game for the Nintendo Switch. It takes the much-loved holiday of Halloween and throws every imaginable monster at it, complete in a retro-inspired world of colorful peril. This tough nut is a fun time.

If you’re looking for a story, there’s a short one here for you. It’s actually a pretty cool plot involving vampires trying to take over the world. Apparently, a portal lets them into our world once a year—on guess which day? This year, the vamps don’t feel like retreating back home after they’ve had their Halloween fill. And so, the portal remains open and chaos ensues. The party extends to all manner of monstrous creatures, from werewolves to hobgoblins (probably). When the good times eventually start to wear off, three brave monsters fight back for their right to return home! 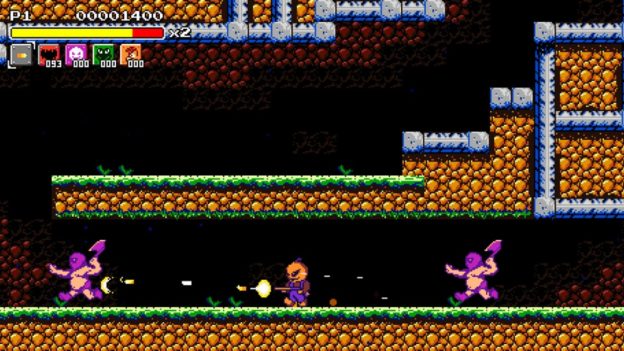 OK, so the preamble is completely unnecessary, but it does explain why you play the role of a monster fighting other monsters. You can choose between three characters: a werewolf, a vampire, and another strange creature with a pumpkin head. Each sports his or her own unique ability and stats, so if you keep dying (like me), maybe choose someone with better skills in that area. It’s fun to try them all out, though, and it adds some longevity to the game since they play slightly differently.

There’s a two-player co-op mode built in, which is a great feature. This is one tough game, even on the easier of the two available modes, so hunting monsters with a buddy makes things slightly more doable. 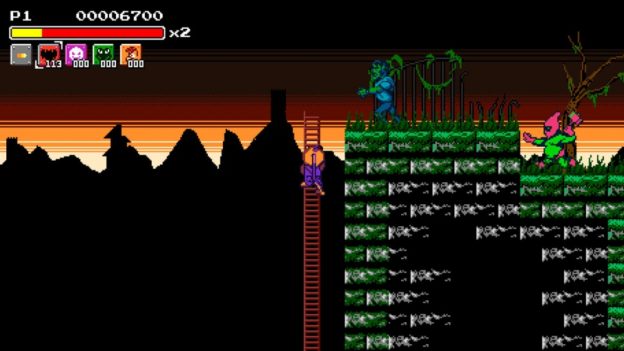 The graphics are extremely retro. In fact, the whole game plays like a love letter to titles hailing from the late ‘80s and early ‘90s. To me, it has more of a SEGA Genesis feel to it than a Super Nintendo vibe, for some reason. It’s colorful, with a stark contrast between the characters and the background, giving it a kind of gritty edge. It looks like someone smooshed together the Castlevania and Sonic the Hedgehog series. And I like it.

Weapons are another cool feature. As a platformer, you can jump across sections as you make your way through levels. This isn’t a Mario-esque title, though; there’s no jumping on cute Koopas here. Instead, you’re granted a full-on machine gun to plow through every manner of enemy imaginable. It sports unlimited ammo, so you’re all set. On the other hand, you’ll also pick up other guns along the way, each with limited ammo but a unique feature to hopefully help you out of tricky spots. There’s one that fires back and forth like a ghost until it hits something. There’s a weird, green, ghoul-like bullet that slides along the ground until it makes impact with an enemy. There are even bullets that spray in an arc to cover more enemies (my favorite; it’s the most practical and looks cool). This variation in weapons adds a lot to the gameplay, giving it a slightly tactical edge and keeping things interesting as you face off hordes of undead creatures. 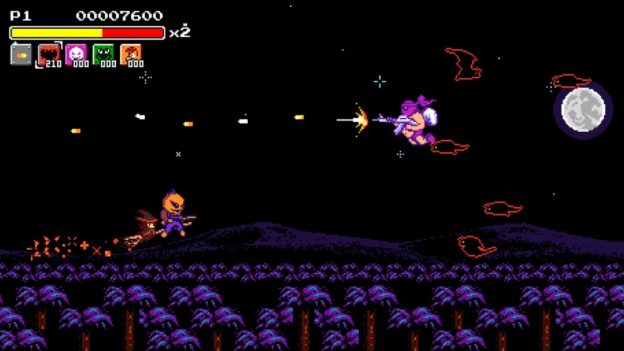 Yes, enemies are plentiful in Savage Halloween. They’ll come at you from all angles, even from behind you in the flying sections. There are ghosts, axe-wielding creatures, witches, gargoyles…the list goes on. There are also pits of spikes and lava to trip you up. It’s enough to give anyone anxiety (in a good way, of course).

Did I mention that this game is hard? I died, like a LOT. You’re granted several lives and a few continues, but once you’ve spent them all, it’s a hard GAME OVER, whisking you back to the very beginning. It’s yet another callback to the less-forgiving games of yesteryear. It does keep you coming back for more, though. 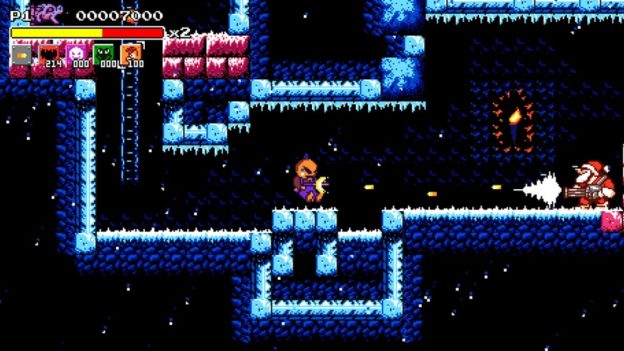 Overall, Savage Halloween is a tough, yet fun platformer. The action is fast and furious, the graphics are neat, and the characters, weapons, and enemies provide plenty of variety to keep you interested.

Savage Halloween is a tough, yet fun platformer. The action is fast and furious, the graphics are neat, and the characters, weapons, and enemies provide plenty of variety to keep you interested.