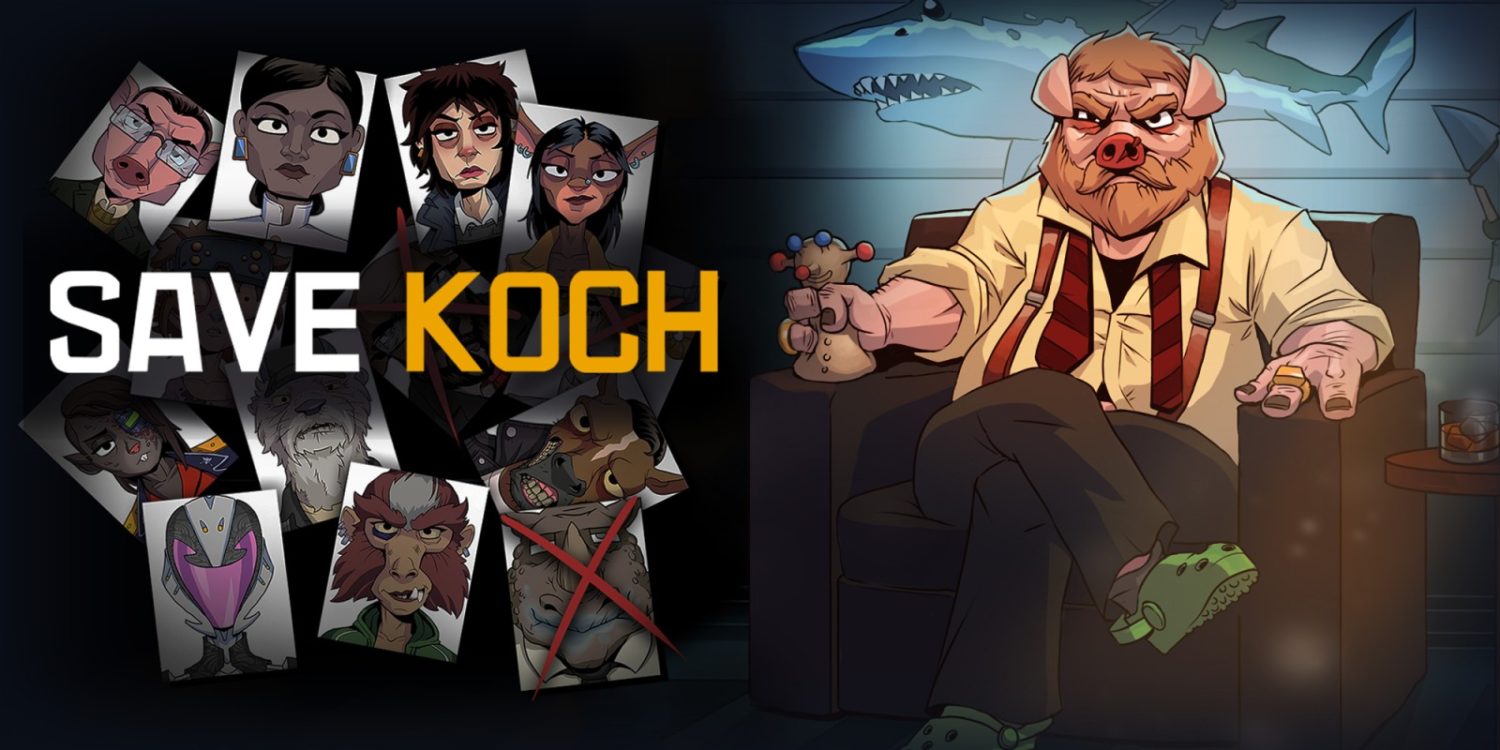 Save Koch is a strategy simulation game that puts you squarely at the centre of a conspiracy to oust the Mafia kingpin. You play as Jeffrey Koch, the titular kingpin, and you have seven days until the date of your planned assassination. From the safety of your bunker, it is your mission to find and destroy whoever has betrayed you to your enemies.

Obviously your situation limits just how hands on you can get with your investigation. In fact, you have to manage it all from behind the desk and further restricted by the effects of whisky you sip throughout the day. You have access to a phone, a tablet from which you can send your team of three minions out into the city and an app that catalogues all the clues you uncover.

In terms of gameplay, Save Koch has a simple structure and gives you a lot of freedom to do things your own way. You point and click at which device you want to use, suspect you want to read about, contact you want to call and task you want a minion to undertake. 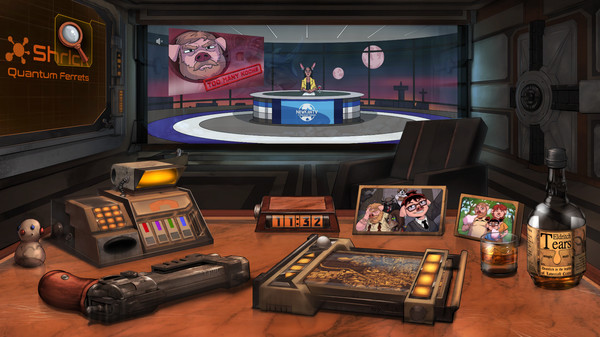 Your choices have consequences in the story world. Everything you do will reveal new clues about different possible moles and masterminds behind the planned attack. But you could end up putting yourself, your team and even your daughter at risk if you make the wrong call.

The game does a great job of creating the kind of tension you would feel knowing you only have one week left to live. The twelve hours of each day are scaled down so you can play through the game in around an hour, with a clock on the desk counting down the seconds.

While each run is relatively short, you can play through the game over and over again. The first time you play, you probably won’t unlock all the possible clues. With each new run, the deck is shuffled. Although each character’s backstory stays largely the same, the conspirators plotting your death change, making the differences in the clues you unlock subtle but crucial. 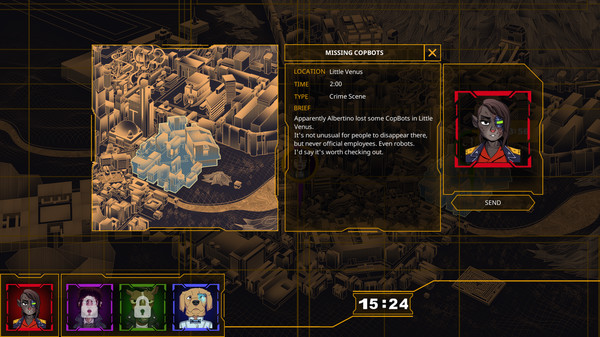 Save Koch overall is built incredibly cleverly. The way the characters are written, as members of a criminal organisation all with an exploitable weakness or a possible motive to harm you, makes it a fun challenge to guess who is the culprit each time. You have to look out for minor changes in the story.

Playing through certain patterns will unlock new minions with different skills who can uncover new secrets on your next run. For a short game, Save Koch has a lot of content to it and there is a lot of incentive to go through it a fair few times to find the different ways the story can unravel.

Save Koch is an absorbing story with well-written characters and a genuinely engaging mystery.