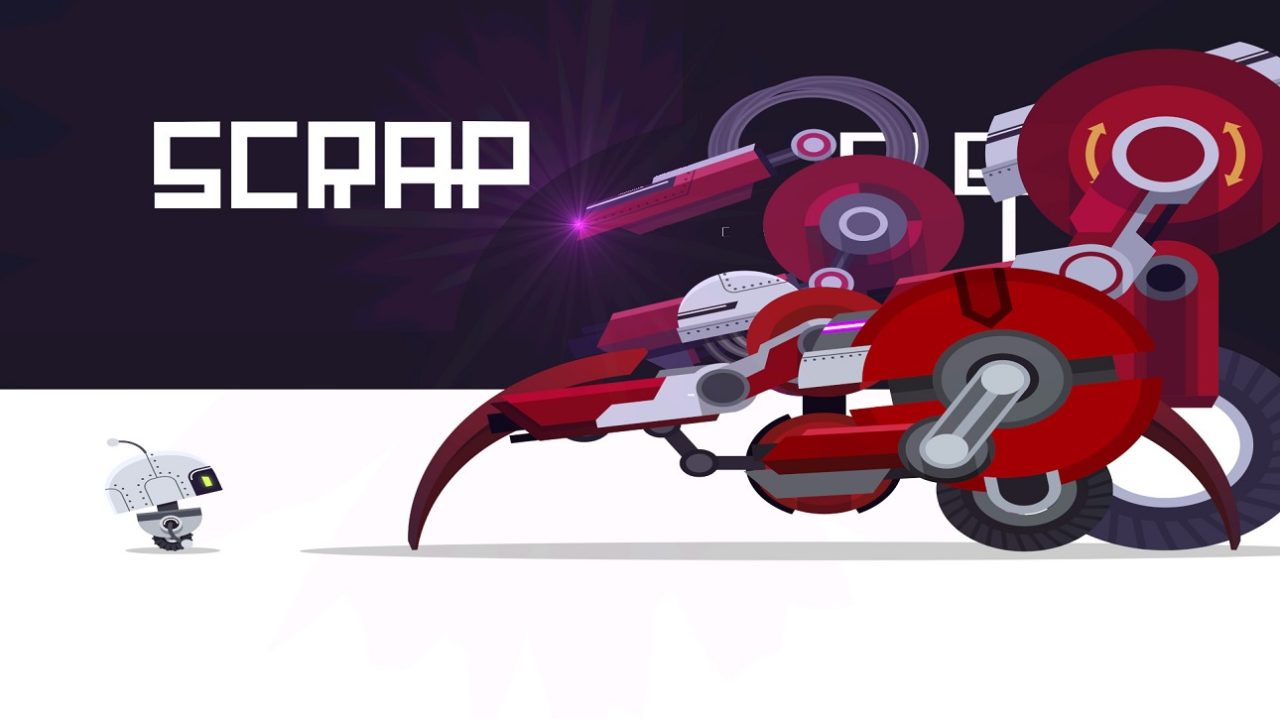 Welcome to the industrial world in the not-too-distant-future setting of Scrap. An adorable robot awakens from an assembly line in a factory and tries to escape. Will you help it make it past the obstacles along the way?

Since this game is a runner, the main control you have is jumping on an upper platform or dropping to the ground. As you run, there are obstacles that will kill you like saws, pits, and mines, to name a few. There are checkpoints so if you die you can respawn at which is really useful for the later levels that get super hard. Scrap has three worlds together with 10 levels per world. There are bonus levels that can be unlocked if you complete all of the three tasks per level in a world. It really is a lot of fun to zone out and try to breeze through each level in one go.

The tasks in Scrap involve not dying in the level, jumping a certain amount of times, collecting a certain number of energy cells throughout, etc. There are three different tasks per level so you don’t always wind up accomplishing the same set of three in each. Although it was hard, I managed to unlock the first bonus level and it seems to be endless. I do see myself picking up this game again in the future from time to time and trying to 100% it to see what the other bonus levels are like.

The music is fitting for the atmosphere, but all of the music tracks sound the same and blend together, making none of them really stand out from one another. Although you can turn it off, the sound effects can be annoying and drown out the music at times. I play Scrap mostly with the sound off to get into the zone of the gameplay. I also enjoy the simple art style, but, like how I feel about the music, the settings of the game are too similar-looking to stand out from one another and the background only changes per world making it kind of cheap.

Scrap is a fun little game with more content promised to be released in the future. It’s priced at $4.99 which is the most you’d want to spend on it since it is pretty short.

Scrap is a fun little game with more content promised to be released in the future. It’s priced at $4.99 which is the most you’d want to spend on it since it is pretty short