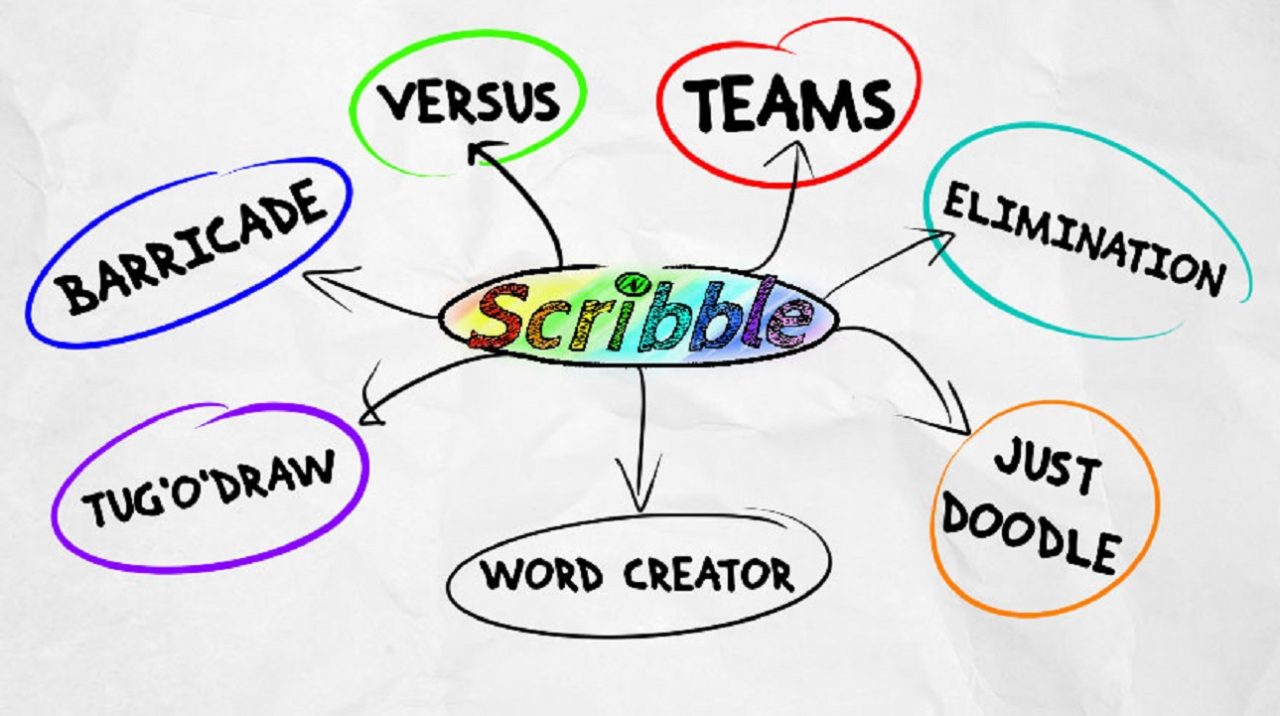 Though I may not be the best at drawing, I’ve enjoyed playing video games like Pictionary on the Wii, and Sketch in Game & Wario. Games like these are great for groups, and tons of fun for everyone. Scribble uses the same basic ideas from the aforementioned games, but expands upon them enough to be worthy of your consideration.

Scribble is designed with multiplayer in mind, giving almost no options for the solo gamer. There are 6 modes of play: Versus, Elimination, Teams, Barricade, Tug-O-War, and Free Doodle, as well as Word Creator, where you can input your own words to use in-game. With the exception of Free Doodle, all modes are designed to have one person draw, and either some or all other players trying to guess what word they’re drawing. Versus and Elimination are both playable with 2-8 players, while Teams, Barricade, and Tug-O-War are only playable with 4-8. Free Doodle is the only Single-Player option, and is exactly what it sounds like. I enjoyed Elimination and Tug-O-War the most, but all of the modes were fun in their own ways.

If you want to mix things up, there are Mutators you can choose to add. They make things more difficult for the person drawing, by doing things like flipping the GamePad screen or blacking out most of it. I did find that I liked using the Mutators combined with the optional Easy Mode, which gives you only simple, basic words.

The game, however, is not without its small flaws. Drawing in itself feels a bit unpolished, with a lag between you drawing and the lines appearing. I also felt it weird that there were several colors available to use, but no eraser besides clearing everything. While I understand that the game is about drawing fast, there were many moments where I wished I could just erase some of what I drew. My last complaint is that I simply had no idea what some of the words given to me were, pretty much forcing me to take the penalty to skip the word.

Simple yet fun, Scribble is a great game for groups, and one I will certainly be going back to again and again. Its minor faults were looked over thanks to the sheer amount of fun I was having with it. At a very reasonable price of $3.99, I would highly recommend Scribble to fans of Pictionary, and anyone looking for a really fun multiplayer game that takes advantage of the unique Wii U GamePad.

Simple yet fun, Scribble is a great game for groups, and one I will certainly be going back to again and again.