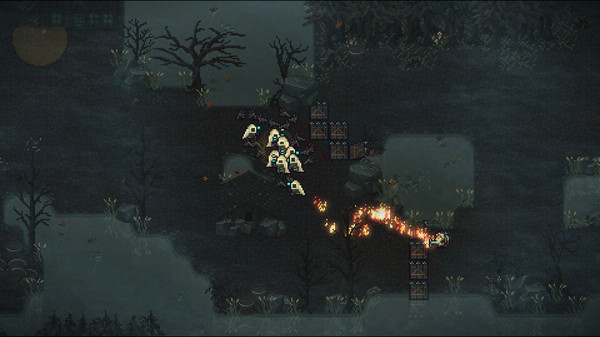 Sea Salt draws on the darkness and brutality of Lovecraftian horror to create a unique strategy game in which you play as the Elder god Dagon himself. It is immediately atmospheric, combining a cute retro art style with booming ominous music.

The game begins with a cutscene of an Archbishop addressing you directly. It’s brief and concise, establishing the setting efficiently and with a great tone to it. The cutscenes throughout the game tell the story really well – conveying all the necessary information quickly, without imposing on the gameplay.

You inform the Archbishop that you need him to sacrifice himself to prove his loyalty to you. He refuses. It is then up to you to punish him and his followers to teach them a lesson about not obeying your commands.

You do this by controlling a horde of minions, beginning with a swarm of small fish creatures you summon from the ocean. You guide them until they have surrounded a victim with one joy-con and command them to attack with the trigger of the other. As you devour the people, you can unlock new, more powerful followers with different ranges and abilities. 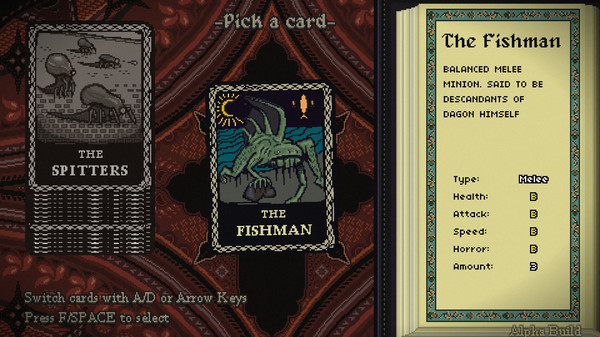 Sea Salt is a decently challenging game. The townsfolk put up a fair fight against your monsters. You will almost certainly lose a few on your rampage. Luckily, you can replenish your troops in designated summoning circles or whenever you have collected enough gold. You have to think strategically to determine which of your choice of minions will be best suited to each level. You might need more ranged attacks or creatures that are immune to fire. You might want to play a pure numbers game and overwhelm your enemy with huge swarms of small minions doing minimal damage.

At the end of each section, there is a boss battle. All the followers you have accumulated will take on a single powerful enemy. These are difficult in their own and your victory is wonderfully gory.

Sea Salt is a simple game that has enough to prevent it from seeming boring or repetitive. It is fantastically dark, with an engaging story. Both the plot and the battles are brilliantly brutal. The Archbishop who refused to sacrifice himself is more than willing to murder babies in an attempt to appease you. In return, you raise your half-fish half-man monsters to tear his followers limb from limb. The clash between the violent story and the almost cute style is lovely. 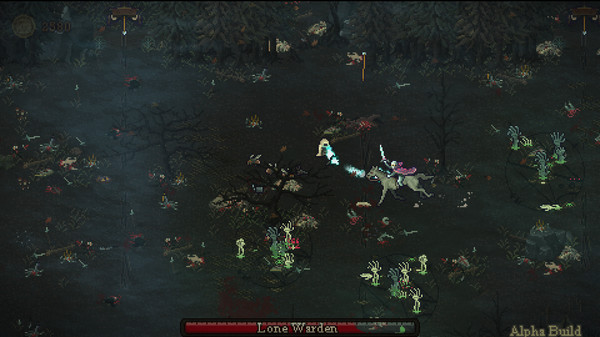 You get to choose the path you take through the land, meaning you can play through Sea Salt a few times to face new enemies in new areas. As you progress, you unlock achievements which let you summon new minions or use different gods as your mascot. These can be based on how far through the story you are or how many kills of certain kind you get. This offers a fun extra incentive to explore the wide variety of towns to attack and minions to explore.

Sea Salt has a legitimately fun story and requires enough strategy to be genuinely engrossing. It’s definitely worth playing for any fan of Lovecraftian horror.

Sea Salt isn’t an especially complicated game, but at less than $15 it has plenty to make it worth the low price.