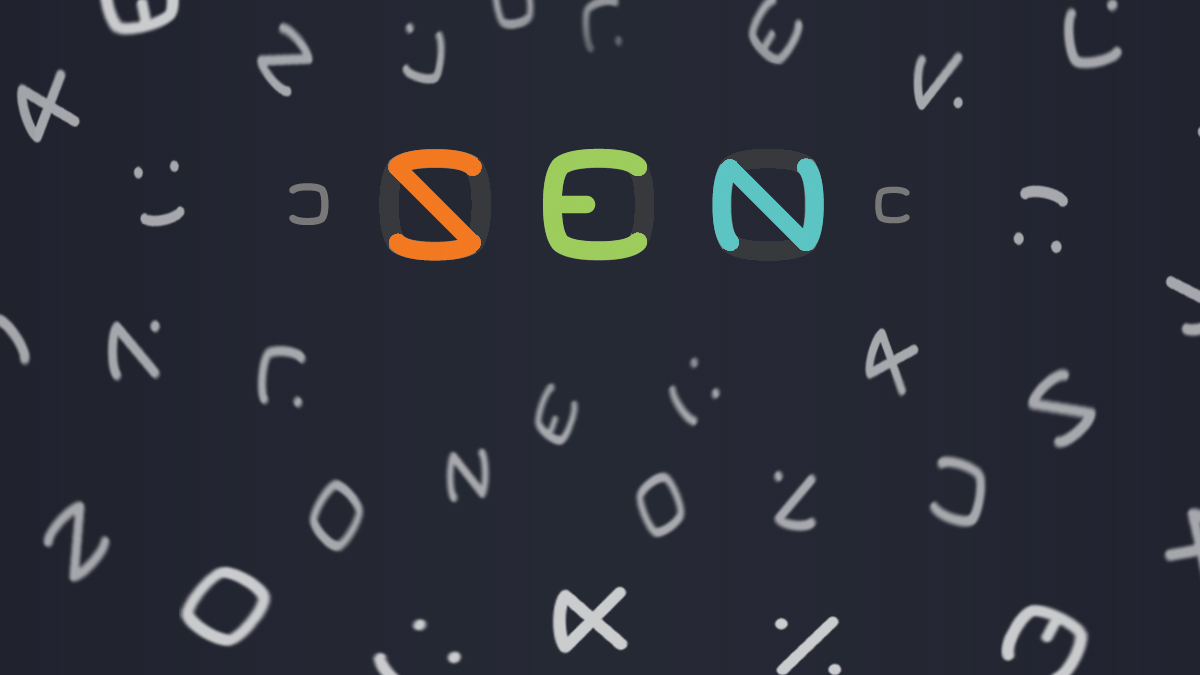 SEN: Seven Eight Nine isn’t going to stay with you. However, whilst you’re playing SEN, the puzzles will consume you. They aren’t overly difficult, but like all good puzzle games, you feel good when you solve the latest challenge. The puzzles in SEN are simple, and all rely on recognising patterns of numbers, colours or shapes.

Upon firing up a puzzle, a series of circles will appear on the screen. The circles may be different colours, or contain different numbers or shapes inside of them. Two colours that are the same can be connected, numbers that run in sequence can also be connected but you can only go up when it comes to the numbers. The rules regarding shapes can vary depending on what it is, for example, the smiley face becomes whatever you need it to be in order to progress. Once you figure out a sequence and all the circles are connected, then that level is complete and you move onto the next one. As with most puzzle games, the puzzles increase in difficulty the further you progress, but with SEN there are only a couple, nearer the end of the game, that are tough to beat.

One of the reasons why SEN never feels too challenging is because that isn’t what it intends to do. SEN is intended to be a zen experience, and it achieves this. Puzzle games can all too often cause the player to grow frustrated, especially when the next move isn’t obvious, but when you do finally figure it out, the feeling of elation is a reward in itself. In SEN you will never find yourself too stuck — you’re constantly moving and progressing. Although, this does mean SEN never reaches the highs that are only achieved when you’ve spent a good amount of time on the same puzzle. SEN is the plateau of puzzle games — there aren’t any lows so there aren’t many highs.

The puzzles are laid out on a map, and you’re gradually working your way through. Each one you choose isn’t one puzzle but a series of three or four. That set of puzzles usually shares a rule or mechanic. As you progress, the next set of puzzles will build on the last, but without ever telling you what to do. This is SEN’s biggest strength. SEN never makes it clear what you need to do — instead, it teaches you what to expect, and before you can realise it, everything you’ve learned so far is being applied at once. One of SEN’s biggest issues, however, is if you decide to leave during a stage, it doesn’t save your progress and starts you back from the beginning. This is hugely frustrating, especially in particular situations where the game might not have all of your attention, like during your morning commute.

Much like the gameplay, everything else about the game is very simple. The menus are bare, offering nothing more than the game itself and a couple of options. It would be nice if there were some extra bonus features, even if it’s just developer notes. Accompanying the art style is a simple and well-suited soundtrack. It’s not too distracting and does a perfect job of adding to the relaxed atmosphere SEN is trying to create. The sound effects are lovely to listen to, complementing SEN’s mellow nature.

Despite being neither unique nor memorable, SEN is a charming little puzzler that does the job it intends to do. Despite a few minor issues, SEN is a largely positive experience if you’re looking for something to pass the time. It also deserves huge credit for how it intuitively teaches you the game with little aid.

SEN is for people who need a short puzzle game to pass some time. It’s a simple game that won’t stay with you, but It’s good for when you’ve had a hard day and just want to relax or channel your focus.