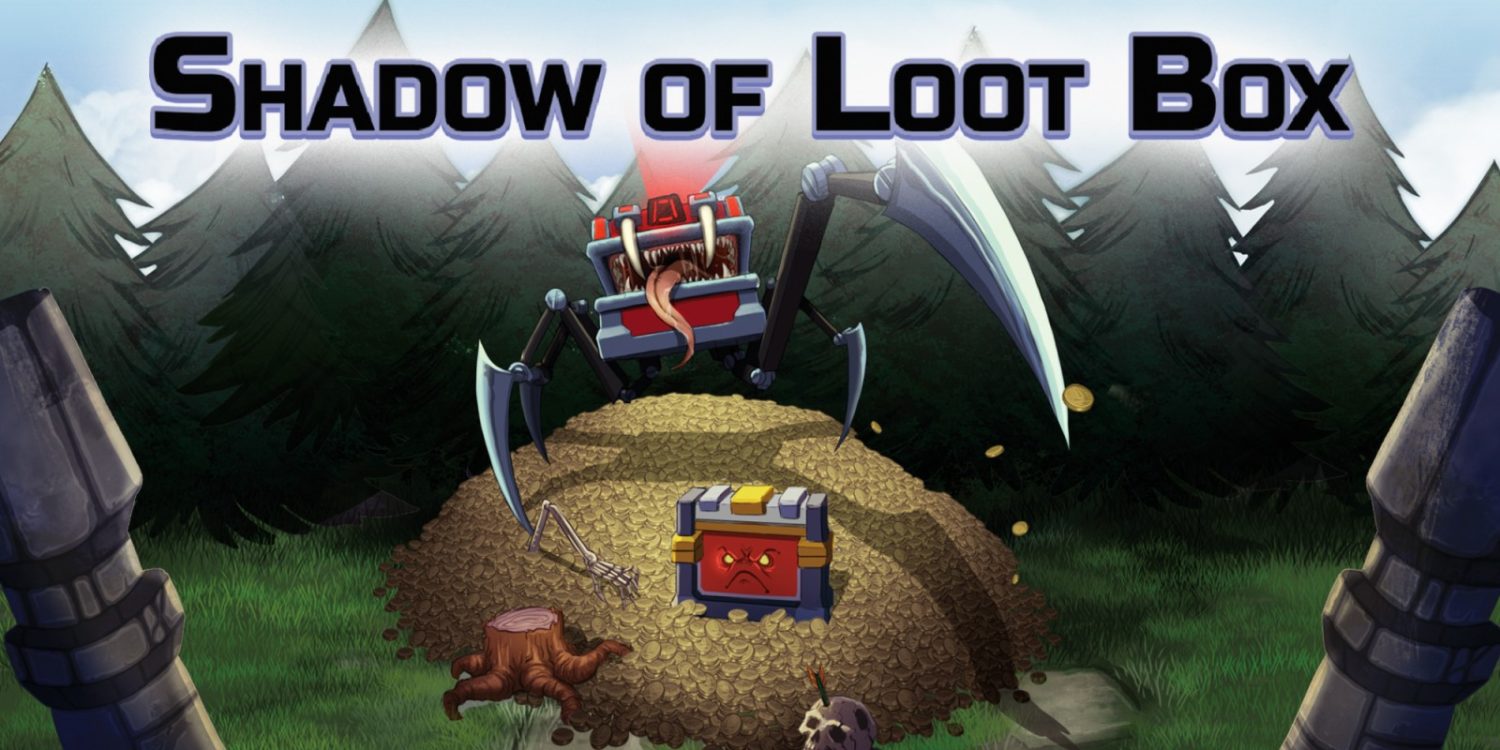 Shadow of Loot Box is hard to pin down to one single genre. It’s mostly a first-person shooter, but it has elements of puzzle and role-playing games, as well as action-adventures. That sounds intriguing in itself, but the glue that holds this mishmash together is that it’s actually a parody of these genres. And unfortunately, it doesn’t excel in any of its many areas.

The game is divided into 16 levels. Your goal in each is to find the key and use it to open the door leading to the next level. Whether you’re trapped in a dungeon or waltzing through an open world, there’s very little story behind this simple premise to keep you motivated on your quest. 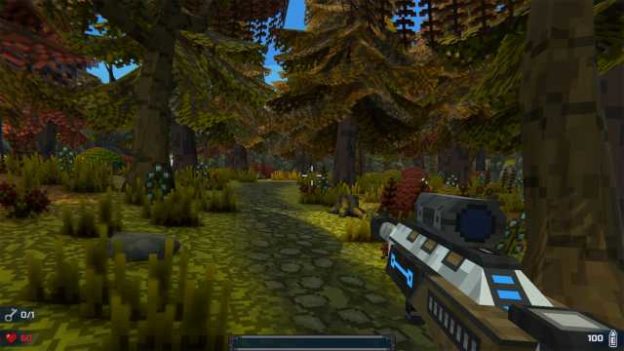 As the name suggests, the game revolves around loot boxes, which are littered about the place. These contain items to help you on your quest and are found after killing enemies or completing short missions. They can also be purchased with money earned along the way, including by “watching ads” or “completing surveys”. These are are missed opportunities themselves, since you don’t actually do either – you just wait a set amount of time to complete these tasks. They could have helped deliver on the humor instead of being little more than a collectible.

The graphics are simple too, but not in a cool retro way. It’s blocky and bland, despite the varied environments. This is a deliberate style choice of course, but it detracts from the experience, for me at least. Any non-playable characters with whom you interact lack any kind of expression or movement – in fact, they all look the same. That’s probably the point since it’s continually poking fun at gaming tropes like this, along with DLC, loot boxes, and anything else you can think of. 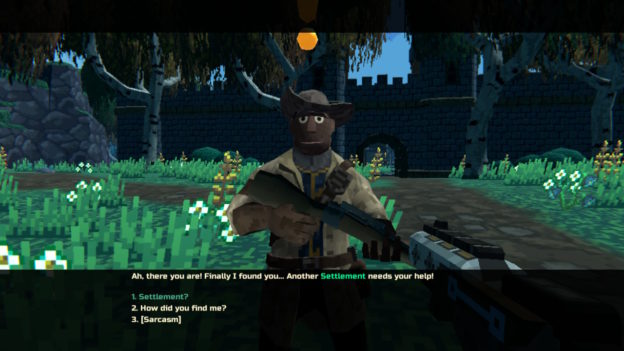 Yet this is the main problem with Shadow of Loot Box – the parody is not obvious. If I didn’t already know, I would have assumed it was a poorly made game. Instead, this B-grade game is created that way on purpose. But since it’s not funny – or fun – it falls flat and becomes the very thing it’s striving to denounce.

Another downside is the sub-par gameplay. Shooting is tricky since it’s difficult to aim. Some controls are ok, namely jumping and running, but interacting with objects is about as awkward as shooting – you have to control a little hand that feels like you’re aiming. Despite these flaws, nothing in the game is particularly difficult – by which I mean, it’s a little on the boring side. 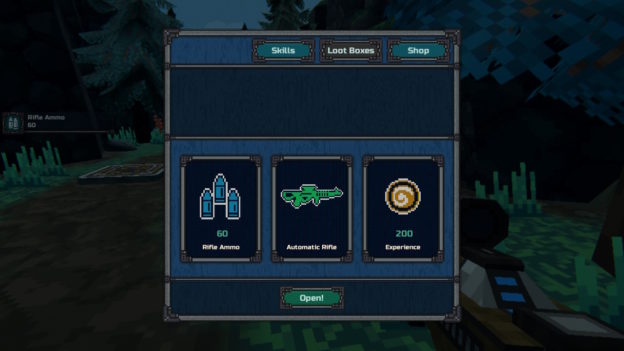 With more deliberate humor, this game could have been something fun. As it is, It’s unclear which elements are part of the parody. Instead of highlighting the inadequacies of gaming, it ironically creates a bad game itself. Typos and poor menu design are littered throughout the game – again, apparently on purpose – but I’m not sure who would appreciate these aspects. It needs to be clear from the outset that everything here is tongue in cheek.

Overall, Shadow of Loot Box feels more like an online or smartphone game made by bored fans. It’s not particularly fun, and hard to recommend except maybe to anyone jaded enough by gaming tropes to somehow enjoy playing a collection of them.

Shadow of Loot Box is meant to be a parody of everything that’s annoying about gaming tropes. Unfortunately, the humor is little more than sprinkling every single undesirable gaming element into one game, missing the mark and creating something less than fun.