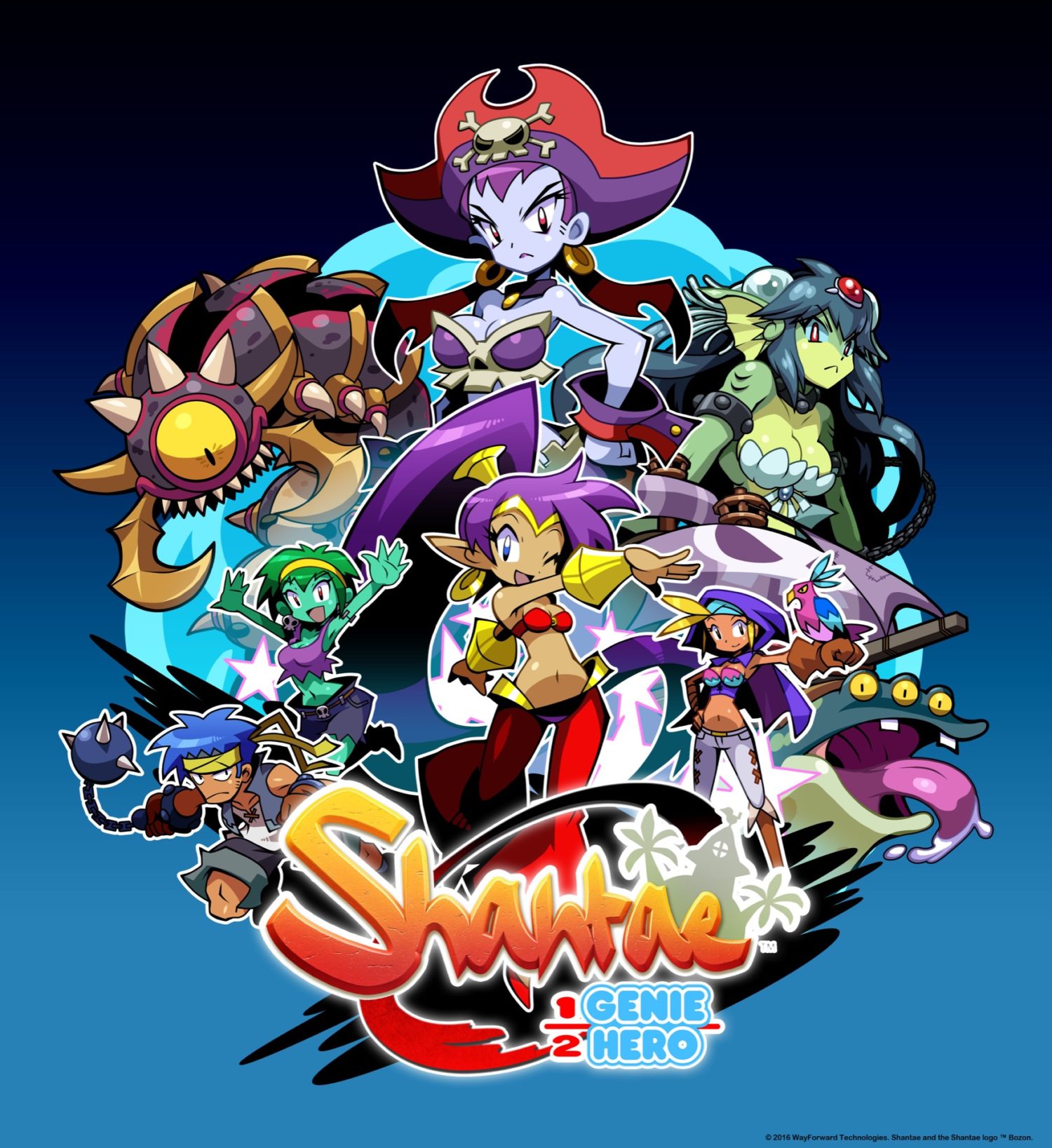 For those who haven’t played a Shantae game before, they feature a female lead character named Shantae who is a half-genie with some butt-kicking hair.  The gameplay could be described as a Metroidvania but I think that’s a bit of an oversimplification.  It has elements of Metroid and Castlevania games for sure, but it also has elements from Zelda II and even platformers like the Donkey Kong Country series.  It really takes a large variety of gameplay mechanics and meshes it into something special.  I honestly think with Half-Genie Hero, the series has solidified itself as a mainstream franchise that can define its own genre.  I think we’ll look back some day and see new games that are inspired from the Shantae series much like we look back on Metroid, Castlevania, Zelda, and more.  Those are some pretty big names to be mentioning with Shantae so lets look at how it gets such high praise.

Shantae: Half-Genie Hero has a basic storyline but it’s the honestly the most in-depth the series has had to this point.  The same can be said of every element in Half-Genie Hero.  I really believe it has the best elements the series has to offer and that’s coming from someone who enjoyed the items/upgrades in Pirate’s Curse (the previous Shantae game).  Just so we’re clear, I did not support Shantae: Half-Genie Hero on Kickstarter so this isn’t a biased backer review.  I honestly haven’t been the biggest fan of the series.  The difficulty was always a big deterrent for me when I played the first game on the GameBoy Color—but it always intrigued me.  I always felt like I should enjoy the game more since it had a lot of elements of games I love.  With Half-Genie Hero, WayForward knocked it out of the park in my opinion.  The polish in the visuals and animation in the game is fantastic.  It will make you want a Shantae animated TV show and/or movie.  The quality is top notch and the voice acting was great as well.  The visuals were sharp on the Wii U and it was great to play both Off-TV or on my TV.  The touch screen doesn’t have a map view or much in the way of unique Wii U features, but that’s understandable considering the game launched simultaneously on several different platforms.

The gameplay in Half-Genie Hero is very similar to previous games in the series.  The game has a 2D platforming mechanic at its core and players can traverse the world in a number of different ways thanks to the new Genie transformations.  Shantae can transform into a crab, spider, mermaid, elephant, and much more during her adventure.  Each animal form of Shantae carries new abilities like being able to dive underwater, fly through the air, or break various obstacles.  Some transformations can even have their abilities upgraded as you progress.  Each transformation is executed using a dance-like toggle move.  It took some time getting used to selecting the one you want especially once you unlock all of the transformations, but it works.  I think it’s a quicker solution than having the player go into a sub menu every time.  Another thing that took some getting used to is the platforming itself.  It’s a little more rigid than what I was used to from Super Mario or Donkey Kong Country games.  It can be difficult to time your jumps at times, but I finally got the hang of it.  I don’t know that I’d have a specific way to solve the platforming but it just feels a little stiff which can add to the difficulty of the game unnecessarily.  Other than some of the platforming issues and switching transformations, the game is fantastic.  The boss battles, enemies, level design, and artistic design is top notch.  The character design and animation quality really matches what I would expect from a Nintendo first-party title.  I hope we continue to see more Shantae games on Nintendo platforms in the future as they are a perfect fit not only for Nintendo platforms but for Nintendo’s target audience as well (maybe a possible Nintendo Switch release, that would be fun on the go).

Enough with the port-begging, if you’re interested in a great platformer with Metroid elements, huge boss battles, lots of fun collectables, great music, and awesome style, you’ve gotta check out Half-Genie Hero.  Even if you’ve tried previous Shantae games and not enjoyed them, I think you’ll love this latest entry in the series.

If you’re interested in a great platformer with Metroid elements, huge boss battles, lots of fun collectables, great music, and awesome style, you’ve gotta check out Half-Genie Hero.  Even if you’ve tried previous Shantae games and not enjoyed them, I think you’ll love this latest entry in the series.