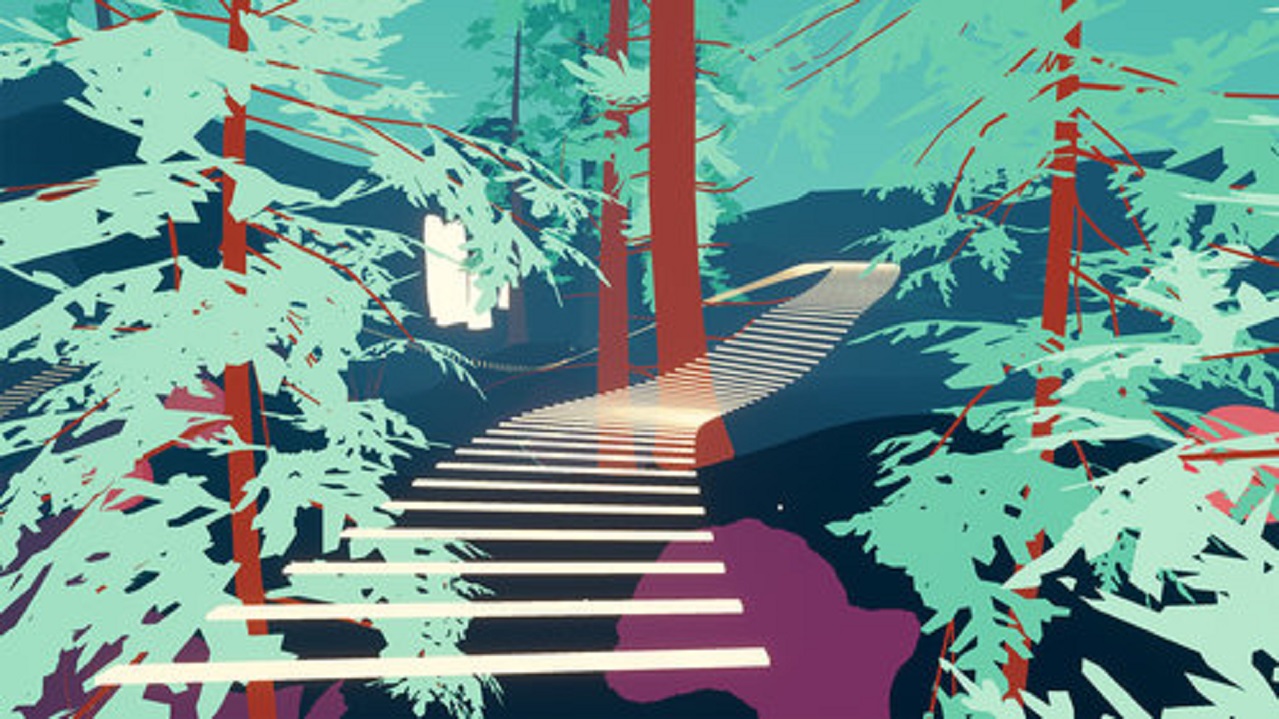 If you’re looking for a Nintendo Switch “game” that you can kick back and relax with, Shape of the World might very well be for you. I put game in quotes because this title doesn’t have many of the staples you might normally look for. Storytelling and challenge are nonexistent, and the interactivity is quite limited. For better or worse, this could be considered part of the walking simulator genre. A Kickstarter success from Hollow Tree Games a few years back, it’s now been ported to the Nintendo Switch.

Shape of the World is best understood with Joy-Cons in hand, but at $15 I’ll try to describe things as best I can while also letting you know if I think it’s worth the asking price. Walking through environments that alter around you, you’ll find your surroundings largely at peace. There’s the odd creature that will hold its ground if you get close, but there’s not cause for alarm. You can make your way without worry from them, or even time restrictions. The latter is the correct choice as it encourages some early exploration without having to concern yourself with speed.

Speaking of, speed is in short supply here. I get that this is meant to relax, but the movement is generally too slow for Shape of the World’s own good. The thing is, when stairs appear to direct you to the next waypost, things move at an appropriate clip. This just makes the ground movement seem that much more sluggish by comparison. This could have easily been addressed, and should have, by allowing an option to hold a button for more balanced speed.

The stairs I mentioned will often direct you towards distant triangular markers. No matter if you’re climbing from a valley, submerged in a swamp, or clambering through woodlands to rainforest, these are your main, and really only, goal. So you can see the end credits in a couple of hours if you so choose. Of course, you can wander which initially I did, but eventually, I just proceeded with this goal in mind. I never got the feeling I missed anything of real note, and I wish the game did a better job at instilling in me a stronger desire to go off the beaten path.

While my trip was short, Shape of the World’s audio/visual package still managed to leave an impression on me. Graphically, I did wish for a less conservative color palette in the early goings, but there were later parts in the game where color was celebrated. There’s the odd area that’s too dark, but this is an exception, not a rule, and nothing that’ll leave you stumped. Artistic experimentation is evident in this title’s dream-like looks. As for its sounds, this is personally my favorite element. The soundtrack really is beautiful and has managed to grow on me, even more, the longer I listen to it. In fact, it’s playing in the background while I write this review! The music drives the experience, always seeming to come on stronger, in a good way, when the next waypost is near. Each magnetic track is an appropriate length as well, so I’m never left feeling that I’ve heard too much of one tune, and not enough of another.

Shape of the World brings some rather strong elements to the table, but it also leaves the feeling of unfulfilled potential. It truly is a relaxing title, with an outstanding soundtrack to boot. But the sluggish speed combined with the limited interactivity, and short length, means this is probably best grabbed on sale, and not at its $14.99 launch price.

Shape of the World brings some rather strong elements to the table, but it also leaves the feeling of unfulfilled potential. It truly is a relaxing title, with an outstanding soundtrack to boot. But the sluggish speed combined with the limited interactivity, and short length, means this is probably best grabbed on sale, and not at its $14.99 launch price.