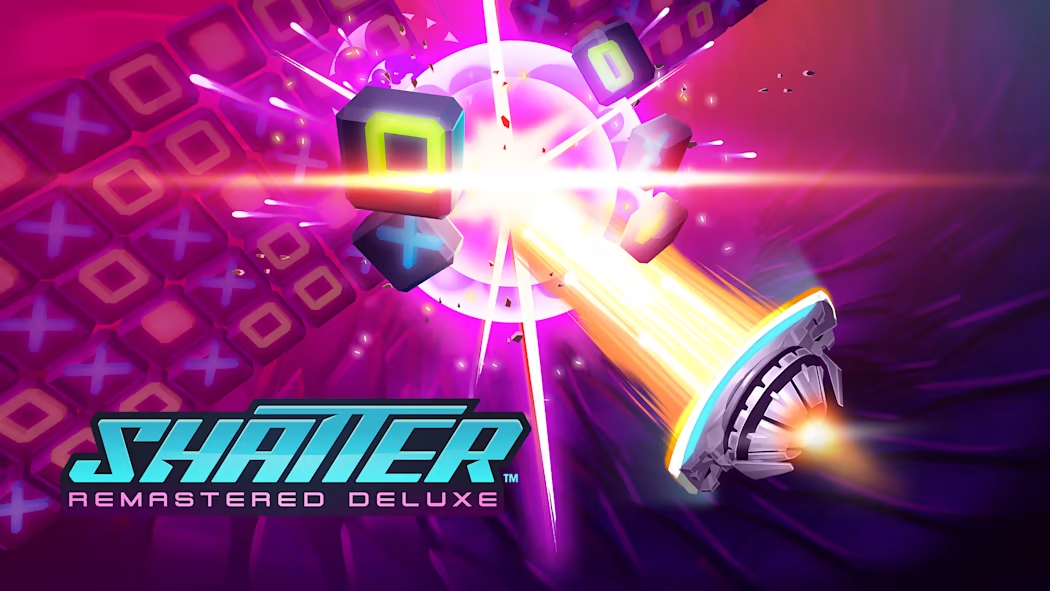 Shatter Remastered Deluxe sounds like Ninjago’s Ultimate Ultimate weapon; it’s like the best version of itself, twice. The original Shatter was released in 2009 as a block-breaking game with a difference. It returned earlier this year with a remastered edition for smart devices. Now it’s time for a deluxe round on modern-day consoles.

If you know Breakout, you’ll know the basics. You control a paddle (in this case, a ship in space), which is used to bounce a ball-type object back and forth within an enclosed area. The goal is to destroy all of the blocks before moving on to the next level. It’s a well-known and popular concept, but Shatter stands apart by putting its own spin on the genre. 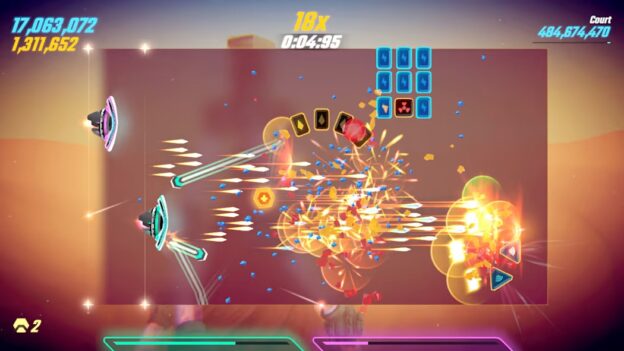 In Shatter, your ship/barrier wields the ability to push and pull objects via air blasts. Basically, you can “suck” or “blow” directly in front of you as if your craft has consumed a vacuum cleaner. It adds an interesting mechanic that completely alters the way you play.

Pushing the ball away from you allows you to hit more objects in a row and helps keep the ball from escaping past you. It also changes the physics of the game, adding to one of the most interesting aspects of this genre. It’s about manipulating the angles and knowing where the ball will land next, aiming it in just the right way to destroy remaining bricks.

I particularly enjoyed the variety of levels. In this block-breaking genre, you’d think there’s only one way to go; add in something like spherical rooms, and the physics change dramatically. Again. Bouncing balls off a straight line and expecting a certain angle is one thing, but knowing how the ball works when the side is curved is much trickier. Couple that with the air-blowing property and you’re in for a fun time of ball-bouncing stress! 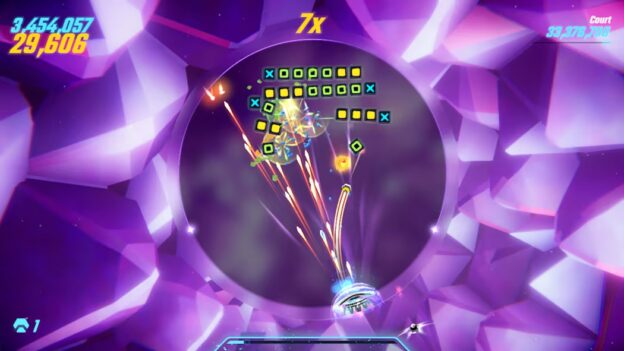 Shatter Remastered Deluxe looks great. The visuals pop with a lovely contrast between the darker background and the bright obstacles. It also sports a rocking soundtrack—nicely remastered, as well—that fits neatly into the background as you smash your way through the levels.

There are many modes to keep you engaged. These include story mode, endless mode, time attack, and boss rush. There are also co-op versions of the endless and time attack modes, allowing a second player to come along for the ride. There are also leaderboards to help compare scores around the world. 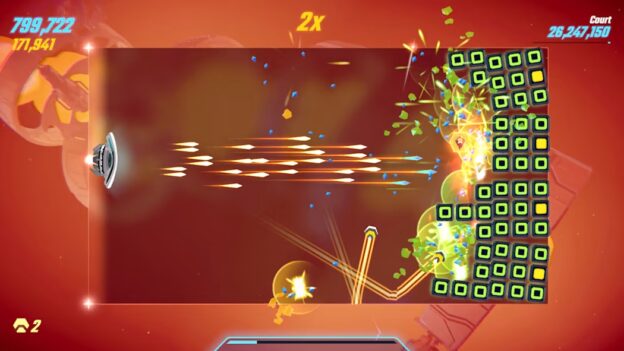 One thing that seems to be missing is a difficulty setting. It’s not a show stopper, but I was surprised at first by its one-size-fits-all approach. In saying that, the default setting is almost perfect; it’s not overly difficult, and not too easy. Plus it becomes obvious that the aim is to acquire the highest score, which would be pretty challenging if the difficulty was ramped up too much. As it is, Shatter never becomes a frustrating experience.

The best news is that Shatter Remastered Deluxes will only set you back $9.99, making it terrific value for genre fans. If you haven’t played this one before, this is the Ultimate Ultimate time to get on board.

Overall, Shatter Remastered Deluxe is a game that takes the simple block-breaking concept and adds its own twist. With many modes, a fun mechanic, and varied level design (not to mention bright colors and loud noises), this is an addictive score chaser.

Shatter Remastered Deluxe takes the simple block-breaking concept and adds its own twist. With many modes, a fun mechanic, and varied level design, this addictive score chaser is worth a visit.