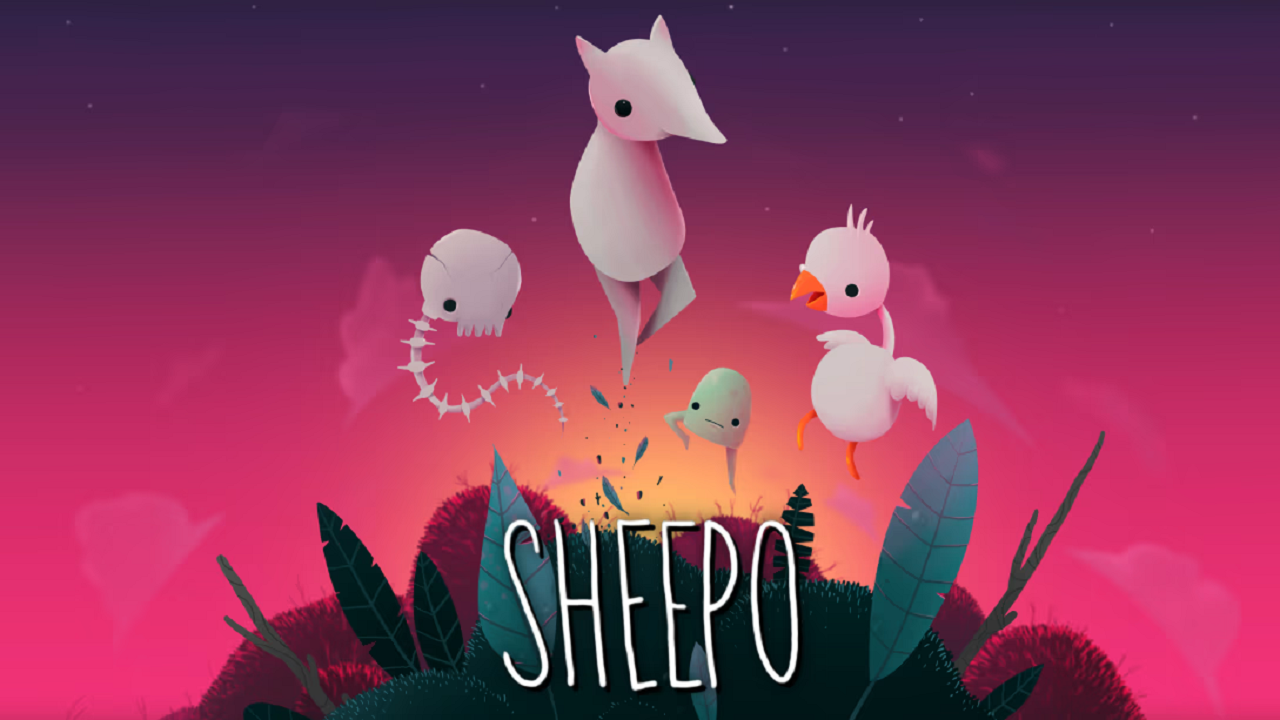 I do love myself a good Metroidvania. While I can’t say I’ve played very many, the few I have tended to be enjoyable, well-crafted adventures, and Sheepo is no exception.

You play as Sheepo, a “sheep-thing” (eShop description’s words, not mine) tasked with saving the planet Cebron’s creatures from extinction by collecting an egg of each of its creatures. Each egg is guarded by a boss and, to help you take them on, you’re equipped with …nothing! Sheepo features “no standard combat.” Bosses are instead played out by dodging their moves and using their own attacks against them. Honestly, I found this really refreshing, and I enjoyed the relative lack of combat.

The world is made up of challenging platforming and the use of several mechanics, including the ability to shape-shift into any creature you have the egg of. Like most any Metroidvania, there are plenty of nooks and crannies to find hidden things in, feathers in Sheepo’s case. You don’t need to collect them all to beat the game, but there is something extra if you get them all. Thankfully you do get a map that shows what areas remaining feathers are in later in the game.

I rather liked the world in Sheepo. It looks very clean graphically, and while the music isn’t anything I’d listen to outside of the game, it works well in-game. On the performance side of things, the game typically runs smooth. But I encountered the occasional stutter and some drops in framerate here and there with one specific spot that really chugged for some reason; I have no idea why as it didn’t seem more graphically demanding than any other. But thankfully, it didn’t take long to get past, and I never had to go back there in my playthrough.

Platforming is a joy with the controls feeling well-tuned, and using the different creatures’ abilities is pretty fun. Overall I liked the level design, but I wish it were easier to get back to sections. There are teleporters located throughout the map, for which I am thankful. But, they feel kind of sporadic, with some decently sized gaps between them. I got a bit tired of having to replay the same platforming sections to get back to certain areas, which got especially noticeable when getting all the feathers.

Speaking of getting all the feathers, the bonus for 100% felt rather lackluster, not as rewarding as I’d hoped; this is also true of the ending, which barely feels above the game just saying ‘The End.’ Despite this, I really enjoyed my playthrough. The gameplay’s fun enough to (mostly) overcome the disappointing ending, though I’m not sure I’d take the extra time to 100% it again.

While Sheepo has some flaws, the solid platforming coupled with shape-shifting mechanics more than make this worthy of your time. Definitely worth checking out.

While Sheepo has some flaws, the solid platforming coupled with shape-shifting mechanics more than make this worthy of your time. Definitely worth checking out.