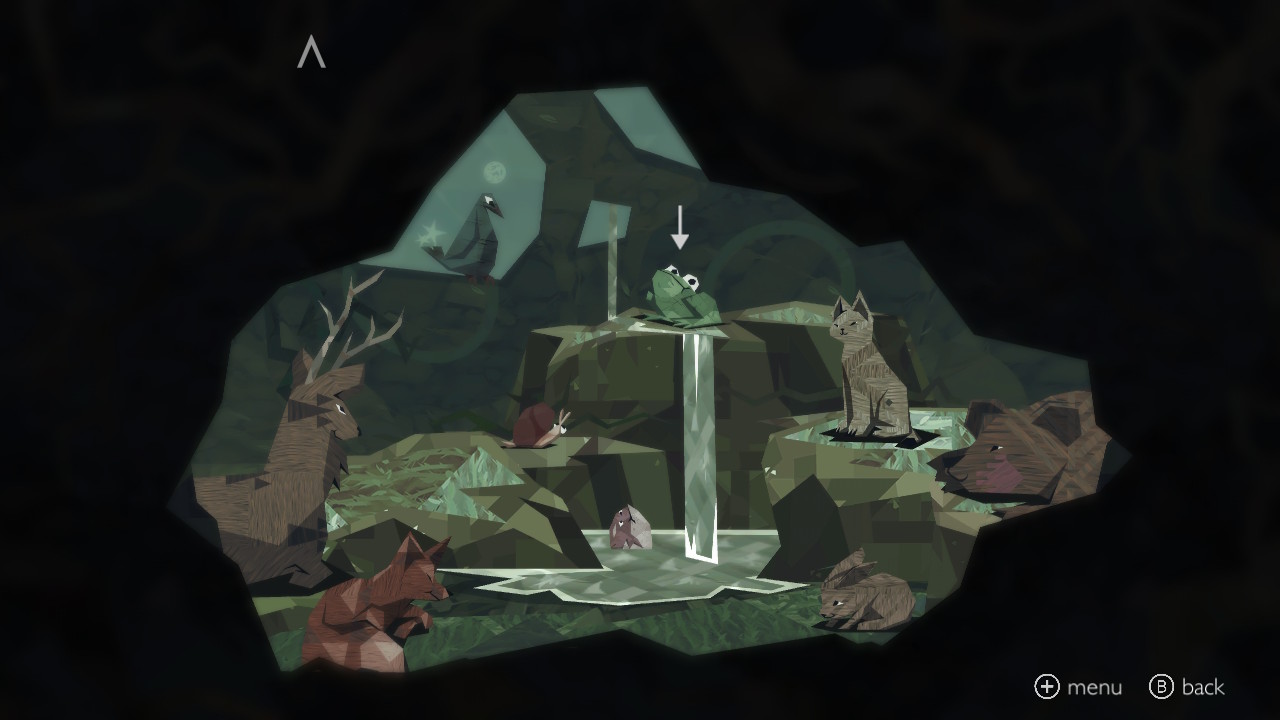 Probably the thing that strikes you first about Shelter Generations is the distinct art style. It is simple and lovely and stands apart from most of the other games available on the Nintendo Switch.

It presents a simple view of the world made up of soft, shifting colours that create a truly unique place to explore, complete with tones that change with the season. You play as a mother lynx, raising her cubs and teaching them to fend for themselves.

The game begins at night and immediately looks lovely. Still pregnant with the cubs, you follow the stars through a snowy forest to a den where you can give birth. You are watched over by the constellations.

It is a very cute touch that the game allows you to name the cubs – albeit with a very strict character limit.

The game is a simple, open world survival game in which you not only have to keep yourself alive, but also your four children. You have to hunt for food while avoiding vicious wolves and birds of prey. 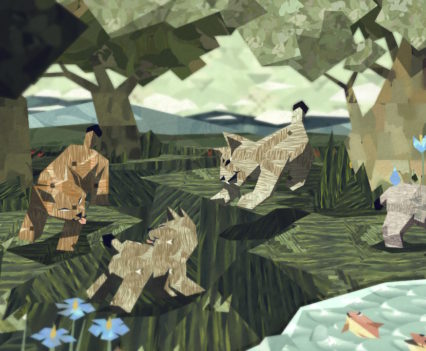 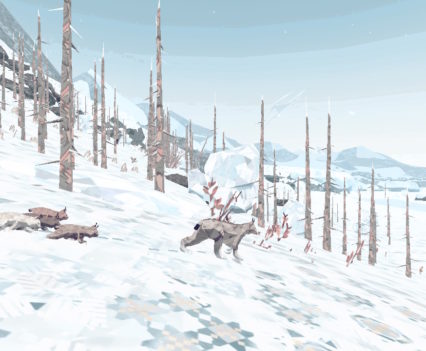 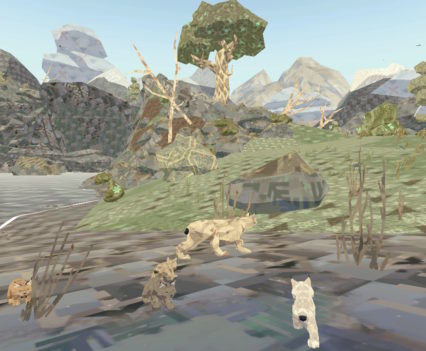 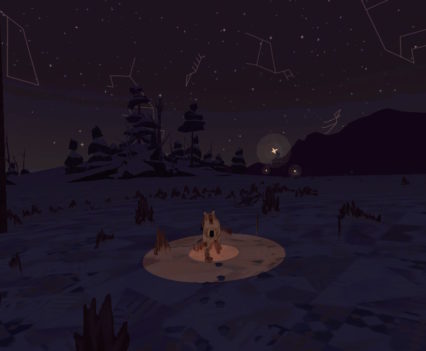 If you’re not sure what to expect, it is easy to get lost in the pretty wilderness. You can forget the way back to your den and accidentally let all your cubs starve to death.

Once you pick it up though, it isn’t an especially difficult game. It progresses with the growth of your cubs. You have to first bring food back to the den for them. Then you keep track of them to ensure they’re safe while they run around with you as you hunt. Eventually, they grow so big that they can fend for themselves and all that’s left for you as a mother is to return to your den and wait for death.

It’s a game that requires a lot of patience and is more about exploring the world around you rather than achieving a specific objective or following a defined story. This can feel a little bit directionless, so it definitely makes it the kind of game you need to be in the mood for.

It’s quite a quick game. The map isn’t enormous and it only takes so long for your cubs to fully mature and go out into the world on their own. It has replayability value in that once your cubs have grown up, you can continue playing into the next generation as one of your now fully grown babies, using the skills you developed as the first mother to create stronger and stronger generations. But it doesn’t have a lot of new content, you just play the game over again.

For such a silent, simple game, it can be surprisingly emotional. It’s a very proud moment when the cubs first follow you out of the den, followed immediately by the fear of predators. The stab of pain when one of them is unexpectedly carried off by a bird of prey is surprisingly intense. Even the end, when the cubs strike out on their own, feels very bittersweet.

Shelter Generations is a beautiful, peaceful game with a significant emotional punch. It is neither especially complex nor challenging. But its atmosphere gives it a lot of charm and it’s a pleasant enough game to fill a few calm hours.

Beautifully designed and at times surprisingly profound, but doesn’t have a whole lot in the way of challenge.