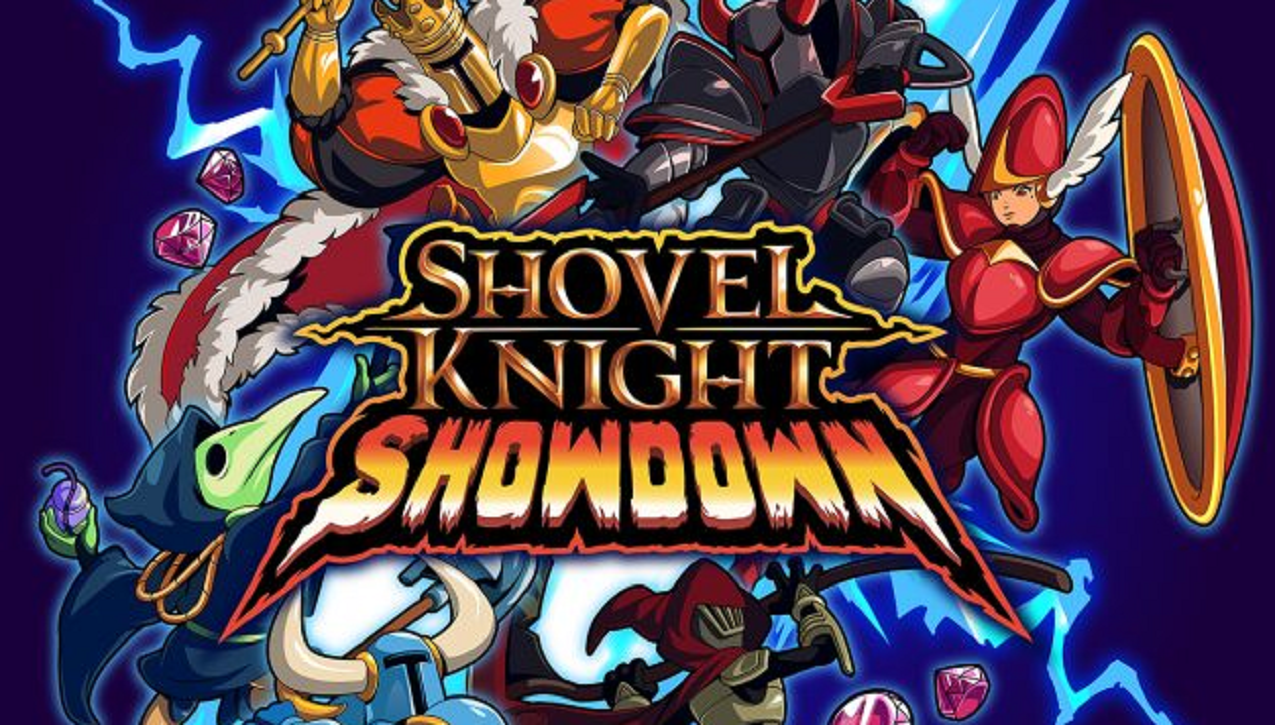 Shovel Knight Showdown brings yet more new content for fans of the shovel-wielding hero. While Treasure Trove owners will receive this update at no cost, is it worth $9.99 as a standalone release? The answer is yes. Yacht Club Games has packed Showdown with a refreshing amount of high-quality content, whether you’re playing solo or with a group of friends.

Up to four can engage in this “ultimate platform fighting experience”. With the right group, I can see Shovel Knight Showdown becoming a staple at gaming parties for sure. You’re given eight characters to start with, but more will quickly be unlocked – I’m up to 16 so far, and there are still question marks on the select screen for characters I’ve yet to unlock from the Knights of the Order of No Quarter. With such a diverse cast, everyone is bound to enjoy experimenting to discover their favorites. More skilled players can select a tougher character to help even things.

There’s also a ton of options to keep multiplayer competitive throughout sessions of Shovel Knight Showdown. You can turn on auto-balance, turn off hazards, play as a team, and more. These are thoughtful inclusions that I very much appreciate. You can even just focus on collecting gems if you want to minimize the in-game fighting – I can’t make promises about couch fights.

When playing alone you’ll probably gravitate to the story mode early on. While the way the plot launches is nothing special (the “ramshackle contraption” the magic mirror breaks) each character has unique threads to their stories. So it’s certainly worth replaying. At only 20 minutes or so (depending on difficulty) you’ll want to play as several to unlock various things. The game even records your best time as each character for replay incentive.

Speaking of unlockables, I haven’t even hit 50% despite playing Shovel Knight Showdown for nearly seven hours. Unlocking new costumes and new stages is always exciting. Most of the unlockables tell you what you need to do, again, a thoughtful inclusion. Tap your Shovel Knight amiibo for some costume fun too.

While it probably doesn’t need saying I’m going to say it anyway… the AI is never going to eclipse playing with friends. The story mode has three difficulty levels (Easy, Medium, Hard) and when just battling you can set individual CPU from one to nine. Still, I haven’t found a great middle-ground when playing solo. Things seem either too hard or too easy. This is one area where I wish Yacht Club Games had balanced things better.

As someone who hasn’t played Shovel Knight since the original release, I found Showdown to be a very good return. It’s grown on me quite a bit, and if you’re a fan of competitive or co-op multiplayer games this could be considered a must. While offering less for the solo player, I’m confident the gorgeous pixel art, wealth of options, and unlockables will still prove satisfying. A great value at $9.99, or free to owners of Treasure Trove.

As someone who hasn’t played Shovel Knight since the original release, I found Showdown to be a very good return. It’s grown on me quite a bit, and if you’re a fan of competitive or co-op multiplayer games this could be considered a must. While offering less for the solo player, I’m confident the gorgeous pixel art, wealth of options, and unlockables will still prove satisfying.