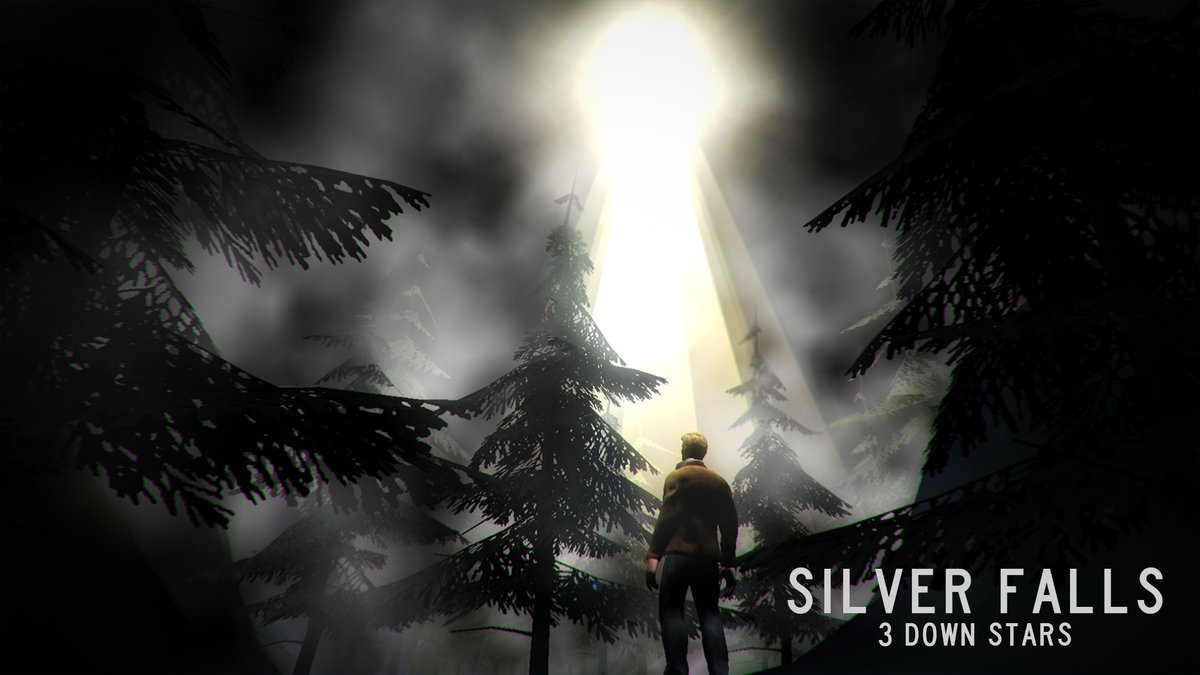 Just pass straight through town...even if you're hungry.

I imagine that somewhere in the wild there’s a target audience for a game like Silver Falls: 3 Down Stars. Maybe they’re hidden away in a cabin in the woods or huddled in the basement of an abandoned hospital or wherever those who haven’t enjoyed a video game for 20 years gather. Provided those people have somehow gained access to a New Nintendo 3DS, they can return to the days of Silent Hill via Silver Falls: 3 Down Stars.

Although I would caution against it.

Silver Fallsl: 3 Down Stars is a survival horror game that can only be played on the New Nintendo 3DS. You read that correctly; developer Sungrand has released a game for the 3DS in 2020 that the majority of 3DS owners can’t play. It’s a gutsy move, and I’d applaud it if the game was good. But it’s not (although not for lack of effort).

The action takes place in Silver Falls, a tiny, remote forest town that’s low on people but jam-packed with all of the creepy buildings you’d expect to explore when trying to determine what has turned the local wildlife into bloodthirsty killers. We assume it has something to do with the alien craft that’s been spotted around town, but you’ll never know until you approach it with an ax, right? 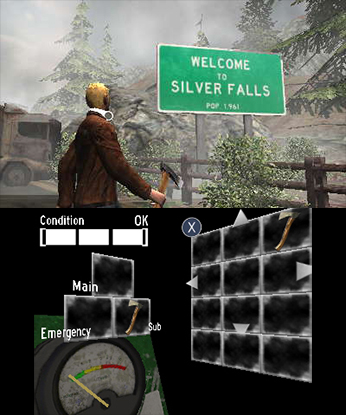 You’ll play the game as three different characters: the local sheriff, a visiting composer, and the woman in charge of the annual Moose Steak Festival. I like that the people we get to control aren’t all equipped to handle this sort of thing (no marines or employees of secret scientific corporations), and their stories do add a bit of depth to the proceedings.

Unfortunately, those proceedings are annoying and very buggy (and they’d still be annoying without the bugs). The majority of the game is spent exploring the area in a third-person action perspective. You move with the left control stick and rotate the camera with that tiny nub of the New 3DS, hence the requirement. Playing this game reminded me of just how much I hated using that nub even when it was well implemented, and it’s really not here. It also doesn’t help that camera issues prevcent you from easily seeing where you’re going or what you’re attacking.

In fact, let’s focus on attacking here to get it out of the way. You’ll often have to defend yourself from enemies, mostly animals you’ll hear before you’ll see. If you’re not able to find them before they get near, they’ll attack and you’ll start losing health. You can fight back with your close-range weapon, but there seems to be no precision to this. If I’m being attacked by a wolf, and I’m facing that wolf and aiming straight at it, I should be able to hit it with an ax, right? Well, maybe. Landing a hit appears to be arbitrary, forcing you to take more damage than you should. Also, the enemies seem able to withstand more punishment than they should. 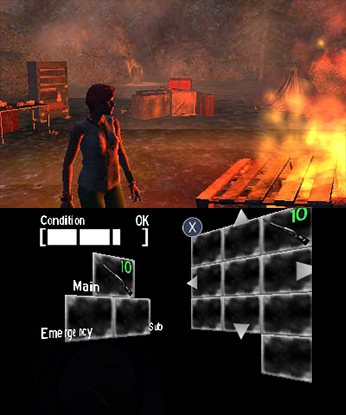 You can try to shoot the animal if you spot it in time, but the game doesn’t give you a lot of ammunition. And when it does, it’s a crazy mix of options (in a cumbersome UI) that’ll often leave you guns and ammo that don’t match. You’re limited in the amount of items you can carry, making it difficult to stay properly stocked with the ranged weapons you need. I’d often find myself backtracking to weapons I’d left behind just because I suddenly found myself with more ammo for them, making what’s kind of already a slog even “sloggier.” After a while, I’d either just try my best with my current melee weapon or attempt to flee. Maybe that’s the point; in real life, I’ve traditionally been much more likely to run and hide than to attempt to take on a large, rabid forest animal.

Sadly, though, the problems aren’t relegated to combat and inventory control. I’ve sat on reviewing this for a while now in hopes that updates would solve the myriad gameplay glitches. Some have. The game does crash less now, but it’s still bothered by wonky combat physics, graphical glitches, etc. There was one point early on where I got stuck between a fence and a picnic table and couldn’t get out, forcing a restart from my last save. That’s the kind of thing I expect to happen in real life, sure, but not in video games.

Although the story has its moments, there are times where the linear narrative breaks in annoying ways. The three-protagonist approach often becomes disjointed, and you’ll occasionally find yourself unable to proceed because you’ve chosen to use the wrong character. That’s fine, but the game does nothing to tell you you’ve got the wrong guy or girl. As such, you often won’t realize it until you’ve spent a lot of time engaged in futile exploration. This resulted in me constantly second-guessing myself as I pushed through the game.

I’m also not impressed with the graphics. They’re retro, in a way, calling to mind the games of the early to mid-‘00s that inspired Silver Falls, but are those graphics we really want to revisit? The environments are mostly bland and empty, and the character models—with their expressionless faces and creepy eyes—are unsettling. I don’t know…maybe this all contributes to the overall feeling of dread that Silver Falls does present quite effectively. You can tell the developers have some strong ideas here and some skill in making the player uneasy at the appropriate parts. 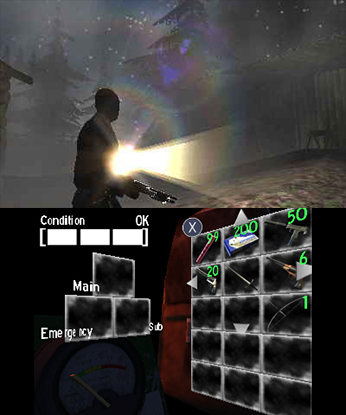 It also helps that the music and ambient effects do their job well. The game suggests you wear headphones while playing, and I second that motion. The audio helps pull you into the game’s immersive environment even if other elements are frequently jarring you right back out of it.

Finally, there’s another gameplay mode called Frontier Fighters which presents quick, action-based missions for you to complete. Considering my issues with combat, I didn’t really see the point. Those who dig the game, however, will be able to spend some more time here once they’ve worked through the story.

Although it’s great to see new games released for the 3DS (and with a good implementation of the 3D effect that even Nintendo eventually abandoned), Silver Falls: 3 Down Stars isn’t worth dusting off your old portable. It’s effectively creepy, but it’s also buggy, drab, and a general slog. However, it leaves me with hope that the developers will be able to put it all together in future games.