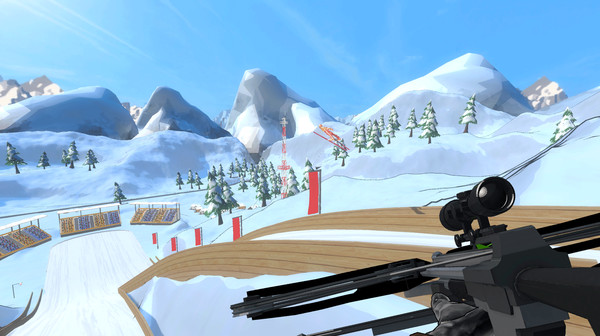 Ski Sniper is exactly what you would expect from a game called Ski Sniper that costs roughly the same as a pint.

Both the premise and execution are simple. You use a sniper rifle to shoot people jumping off ski slopes. You get to choose your vantage point, with each spot a different distance from your target and complete with its own unique objectives. You get money when you successfully shoot the ski jumpers, which you can then spend on better guns and ammo. Bonuses are awarded for achievements such as hitting specific body parts or hitting a certain number of jumpers in a row.

The gameplay itself is incredibly simple. There is a button to zoom in on your target, another to take a deep breath to slow down time and a final one to actually shoot. 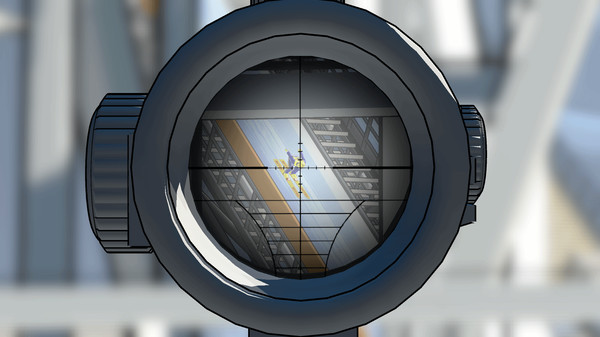 If you successfully hit your target, you are rewarded with a cutscene of your bullet sailing through the air with the mountains in the background. You see an X-ray shot of your target and a close up of any bones you manage to shatter with your shot. The jumper then crashes in a broken slump onto the slope and you get additional points for the distance they bounce and skid across the snow.

Ski Sniper is darkly comedic and the price is cheap enough that it’s fair that the joke to it is fairly one note. The graphic nature of the blood splatter on the slope and the shattering of bones is good for a grim laugh.

Once you’ve hit a few jumpers, the game gets somewhat repetitive. The objectives add an extra layer to the gameplay, but it is ultimately the same thing over and over again. There’s not a story to it. It’s just sniping skiers until you get bored of the joke.

It doesn’t help that a basic animation plays at the beginning of every shot you take is identical aside from the colour of the jumper’s suit every time. 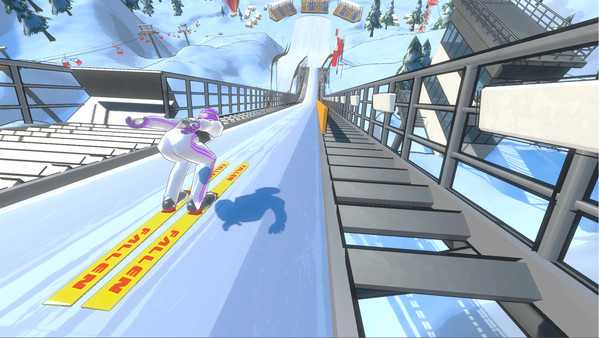 If there had been a bit more variation, the game would likely have some more longevity. For instance, if you successfully hit the first jumpers in a double or triple jump, the skiers that follow are animated as if there isn’t a mangled corpse in their landing strip and sail smoothly through the mess. It would work great if this was played for laughs, but it feels more like they just didn’t bother to animate any alternative landings.

A bit more attention to those kinds of details would keep this game a little fresher, but it’s far from the worst game you can get for this kind of price.

Ski Sniper is fun enough for some shooting practice with a funny premise, but it doesn’t have a whole lot of meat to it.