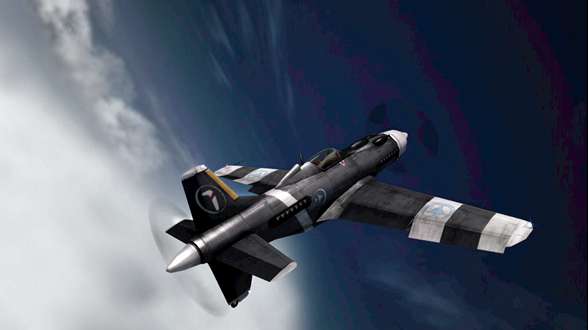 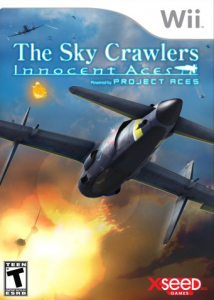 The Wii is not usually known for its selection of flying games, but Sky Crawlers: Innocent Aces sets out to change that perception. I can remember thinking about the possibilities for flying games when the Wii remote/nunchuk were first announced, but we’re really only seen a few worthwhile implementations. Most flying games so far for the Wii have very little use of motion control and they don’t offer much in terms of presentation to entice players. With Sky Crawlers: Innocent Aces, XSEED aims to show us a different flying experience that’s exclusive to the Wii. 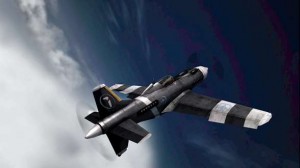 Innocent Aces is set in an alternate 1940s Europe. There aren’t any World Wars going on and the world is at relative peace. However, private corporations have built up squadrons of planes in order to stage combat situations for show. These corporations provide these battles because they believe it helps the society which is used to war and conflict. While on the surface these battles are said to be staged, the story plays out much differently and the battles become very real. You play as an intrepid young pilot codenamed ‘Lynx’ as you rise in the ranks in your privately owned squadron known as ‘The Sky Crawlers’. Lynx (like Link in the Zelda series) doesn’t talk and you don’t ever see his face in the game, and the other characters interact as if you (the player) are in the game. As you progress through missions, you’ll start to unravel a mystery about a group of pilots known as ‘Kildren’. This group of pilots are somehow ‘invincible’ and one particular organization is taking advantage of their production. It’s an interesting storyline that has some nice twists and turns that I’ll let you experience for yourself. 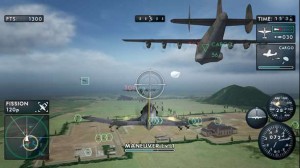 As you play through Innocent Aces, you’ll be given various missions and the game is very linear as a result. You’ll get a mission, choose your aircraft, weapon modifications, and then move on to the next mission. Destroying targets is the usual mission objective and these targets can take many forms. Some missions will be to take down other fighter planes or large aircraft, while others will be to bomb ground units such as tanks, anti-air guns, or even battleships. Each plane features different stats such as maneuverability and weight which factor in to each mission. Lighter planes are better for aerial dogfights, while larger planes would be better for reconnaissance and bombing runs. The game also features full replays that can be saved and watched later.

When flying your plane, you’ll use the Wiimote/nunchuk a little differently (unless you’re left-handed). The nunchuk goes in your right hand while the Wii remote goes in your left. Just picture the nunchuk as your flight stick. Moving the nunchuk up, down, and side-to-side moves the plane in those directions and pressing the ‘Z’ button fires your primary weapon. The ‘C’ button on the nunchuk is then used to toggle between your primary and secondary weapons (which could be bombs or upgrades to your machine guns). The Wii remote is then used to adjust your air speed. Moving the controller up and down adjusts your speed and pressing the ‘B’ trigger engages the air brake—using the air brake too much will cause the plane to stall. These are the basic controls for flying. The game also features TMCs (Tactical Maneuver Commands) which allow for barrel rolls, loops, flips, and various dodging maneuvers. These are executed by holding the joystick in one of the eight directions and pressing the ‘A’ button. You can use these to your advantage in dogfights as long as you’re within range of the enemy aircraft. The game also features full support for the Classic Controller as well as the Gamecube Controller for traditional gameplay. 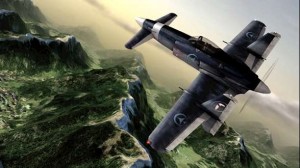 Innocent Aces is a title that definitely achieves more control-wise than its counterparts in the flying genre, but I feel it could’ve done more. The Motion Plus adapter has been out for quite some time now and it’s a shame it didn’t get any use in Innocent Aces. At times the nunchuk felt like it wasn’t fully reading my exact moves during more intense battles. It mostly just felt a little sluggish whereas the Motion Plus would probably be able to execute everything very well. As far as other flying games are concerned, Sky Crawlers: Innocent Aces is most certainly at the top for me with motion controls.

The game also features some very nice graphics overall. You’re not going to be blown away, but the game features some nice detail in cities on the ground and the terrain is mapped pretty well. The cloud cover is also nice to see and plays a part in some of the bigger environments in the game. Plane models are nicely detailed but the crashes/explosions leave a little to be desired. The in-game menus aren’t that great and it can be a pain to navigate through since they all look very bland and similar.

Not much to say about the game’s multiplayer mode. It only allows for another person to sync a Wiimote and shoot away at targets. This is very similar to the 2nd player option in Super Mario Galaxy only less fun. 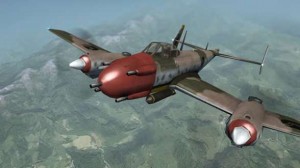 Overall, Sky Crawlers: Innocent Aces is one of the best flying games for the Wii. The motion controls add an extra dimension of immersing the player and the game’s story is decently told through anime-like cutscenes. If you’ve been looking for a flying game for the Wii, look no further than Innocent Aces.