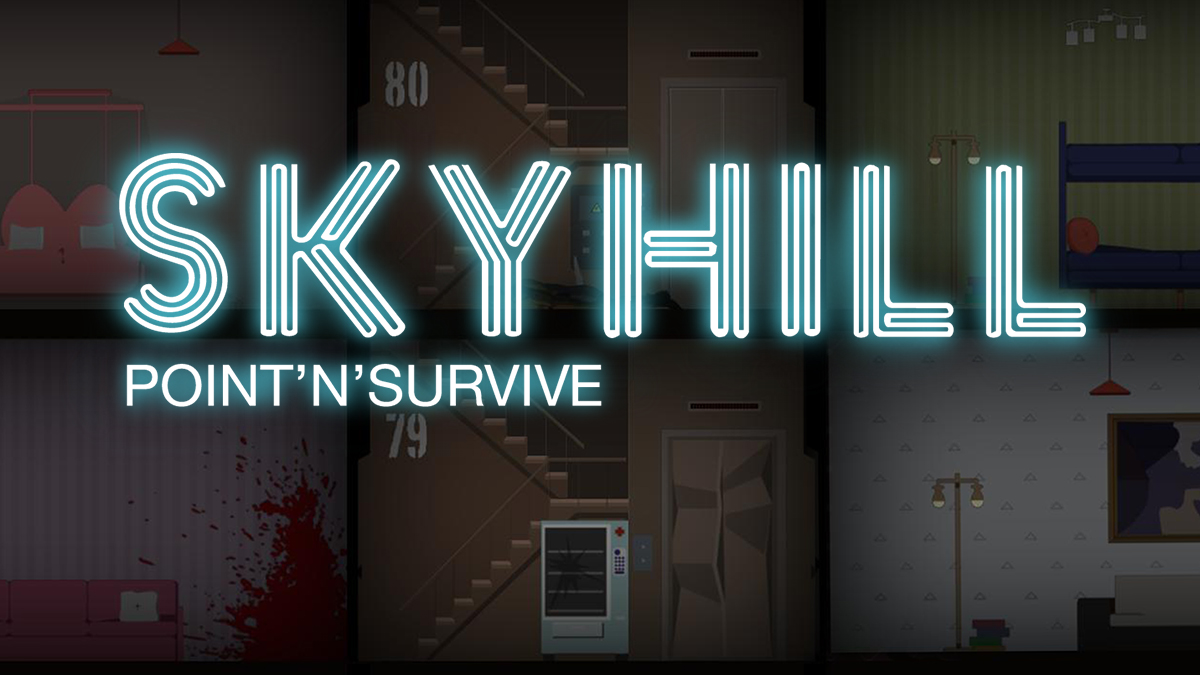 Skyhill is an adventure/role-playing game developed by Mandragora for the Nintendo Switch. It hails from 2015 with versions on most platforms already. This isn’t the first game to be ported to the ever-popular Switch – and it won’t be the last – but was it worth the wait? Reassuringly, the answer is “yes”.

The game takes place completely within a skyscraper, a little like The Raid or Die Hard. You play the role of a man trapped in this 100-story building during an apocalypse. The comic book-style opening shows your character checking into the swanky Skyhill hotel. He splashes out on the penthouse suite, relaxing in style while a war rages outside. When some kind of biological weapon is deployed and communication is lost, you’re suddenly trapped. When your supplies eventually run out, it’s time to venture from the safety of your room. This is where your true motivation lies; your character would rather be killed by a mutant than slowly starve to death. 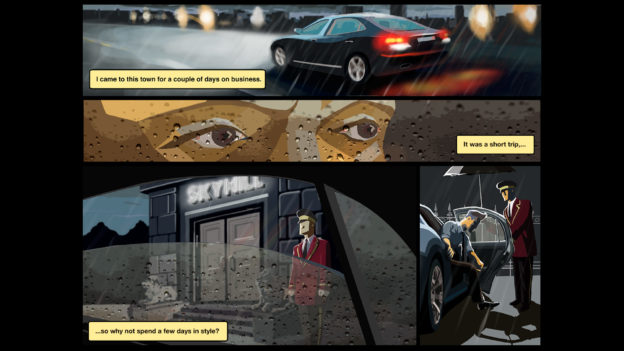 Starting on the 100th level of the building, the aim of Skyhill is to get to the lowest floor possible. Each level is divided into three rooms with the stairs and elevator in the middle. The game uses a simple point-and-click mechanism to select rooms and objects. Branching off to the left or right is basically optional, though those are the rooms where you’ll find most of the supplies, like food, health, materials and weapons. Occasionally you can use the lift to skip a few floors, though it’s often broken. 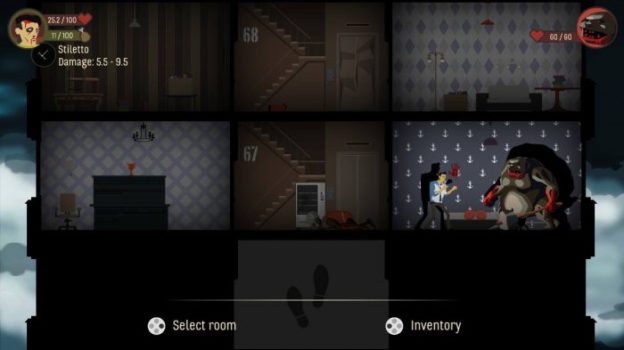 You have a health bar which depletes when you’re attacked by one of a variety of mutants. These enemies range in difficulty, particularly as you move further down the building, and you can choose how to attack. A stronger attack has a higher chance of missing, though I found this to be the most frustrating part of the game. When I select a weaker hit that has a 90% chance of landing, I expect it to land nine times out of ten. It often felt like only half of my hits were connecting. The 50% option was even worse, feeling more like one in ten. 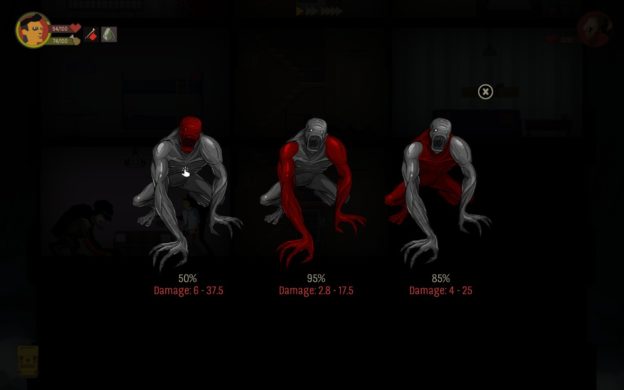 You also have a hunger meter. This adds a level of complexity that works well to keep you on your toes. This meter decreases by one point every time you move from one room to the next. If it reaches zero, you’ll start to deplete double health points – that’s two per room. So, scavenging for leftovers is essential.

The game provides basic options when you begin, including four difficulty levels: easy, normal, hard and hardcore – that last one is locked at first. It’s generally a difficult game even on easy mode. Permadeath is present here; once your health reaches zero it’s game over. But it soon becomes obvious that playing again is essential, if only to see what lies at the bottom of the building.

To help compensate for this difficulty, you can choose two perks when you begin your adventure. These provide a small edge during gameplay, like always striking first in fights or the ability to open locked doors. More perks become available the more you play, adding to that replay factor. 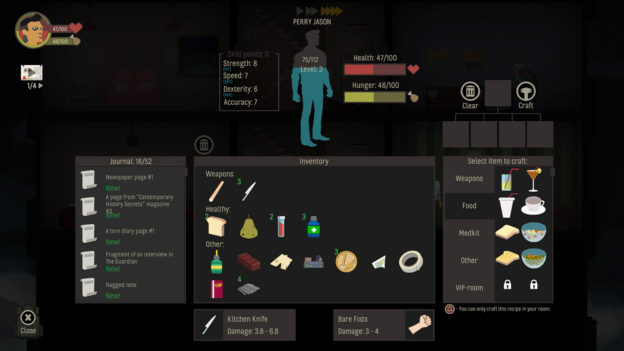 Your inventory holds a seemingly limitless supply. Your character even jokes about it at one point, saying these items are seen as junk by some, but are treasured by him. And everything is useful. You can eat food (even pet food) or take medicine. Ingredients can even be combined to craft stronger items, like soup, coffee, and even cocktails. You can return to your VIP penthouse at any time to sleep – at the cost of some hunger points – or craft more specialized items, like weapons or particular food. 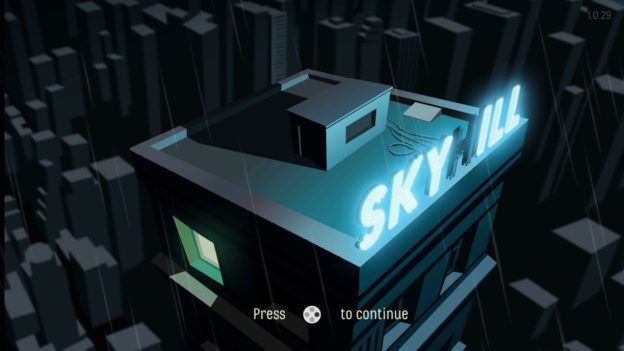 Despite a few minor typos along the way, Skyhill is a well-presented game. It sports a bleak and bland aesthetic – this is the apocalypse after all. The sound effects are simple, with grunts and groans from your character and the mutants during fights. The music is adequately stripped back. It’s actually quite serene and relaxing; simple guitar sounds echo while exploring, ramping up when you encounter an enemy. Mostly, you’re comforted by the sound of your own footsteps, and the opening and closing of doors.

Overall, Skyhill is a fun adventure game. The point-and-click style is intuitive, making it very easy to pick up and play. The simple goal of making it to the lowest level of a 100-story building provides a deeper challenge as you balance food and health requirements. It’s an addictive experience and a great little title to add to your collection.

Skyhill is a challenging and fun point-and-click adventure game with the seemingly simple premise of escaping a skyscraper during an apocalypse. A hunger meter adds an extra level of strategy as you rummage hotel rooms and sleigh grotesque mutants. It’s an atmospheric and addictive experience that’s worth checking out.