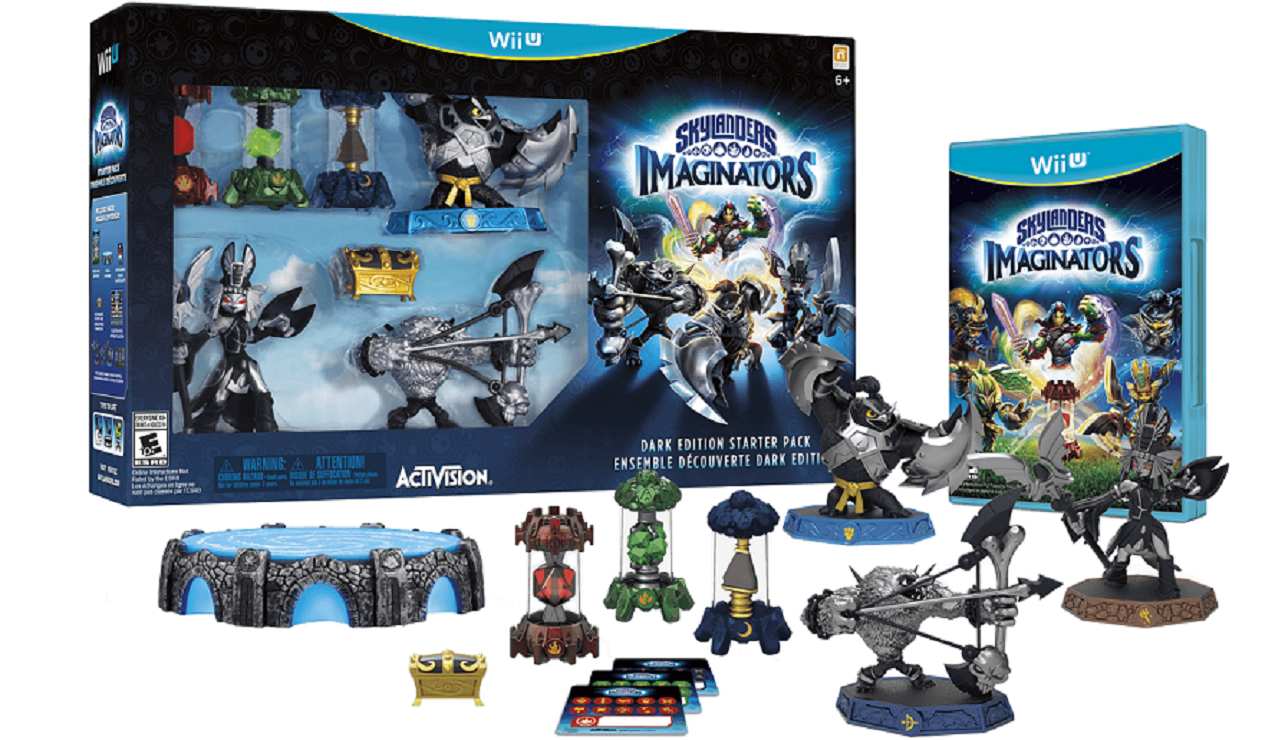 The Skylander games have succeeded, in part, by refining their proven formula with innovative touches. That’s the case with this newest entry, and its focus on creation. This 3D platformer also offers content a plenty, with new and familiar areas to traverse and explore, a plethora of replay incentives for completionists, secrets scattered everywhere, and even more than I can talk about in this review. It all makes Skylanders Imaginators a very high quality package.

It takes a while to get going though, at least as far as story’s concerned. Saving Skylands yet again from Kaos (now assisted by Doomlanders) proves throughout the course of the game to be the weakest tale yet in the franchise. What saves it however is the long overdue bringing of the actual Skylanders to the fore. No longer just taciturn playable characters, they now actually take the lead in advancing the plot. Seeing old favorites like Spyro, Eruptor, Stealth Elf and many more is so much better than hearing Flynn’s self-centered ramblings, I’m surprised that it took this long to happen. The banter they have amongst one another shines, and really the humor, slapstick and otherwise, has always been the strongest story element for Skylander games anyway.

The new class of Skylanders this time around are the Senseis. The figures have nice sturdy bases, and even Kaos is now fully playable – Wii U owners can look forward to Crash Bandicoot and Dr. Neo Cortex soon. These already powerful characters have the potential to get even stronger with cool unlockable special moves and secret techniques. They also  get to participate in new Gong Battles, where waves of enemies flood the screen (good for leveling up), and sizable Battle Class specific realms scattered throughout the large overworld. They also raise the level cap for all Skylander figures, so make sure to bust out your collection.

What series fans should find especially exciting, albeit potentially expensive, is the return of former villains, now as figures. Wolfgang, Dr. Krankcase, Tae Kwon Crow, and several others get a chance to star even more. It’s nice to see these former baddies as full-fledged good guys in playable form, rather than simply coerced to mere cameos via the old traps. Speaking of which, the new portal doesn’t actually support the traps curiously, but older portals do bring nominal support in the form of some extra loot.

The key new aspect of this entry –“Unleash Imagination. Create Your Own Skylanders” – is far more expansive than I realized; it’s no wonder specific videos focused just on it have released. There are so many design options, it took me a good long while to create my first original creation, a Tech Quickshot I named Pure Nintenbot. I’ve gone back to tweak it multiple times since, yet I still feel like I’ve just scratched the surface in some ways. Don’t be surprised if you wind up feeling similar. Creative pieces are found everywhere, and will keep you busy for a long while. For those who might feel intimidated by this, there’s also dozens of Imaginite Sets you’ll find pieces for. These are nice, though they won’t top your own designs. I’m happy to see a game that stirs up so much creativity and imagination.

For all these kudos though, the creation isn’t all good. Once you select a battle class it’s locked, with no means to reset it. Obviously the marketing desire is for you to buy more creation crystals at $10 each, not entirely dissimilar to the aforementioned traps. What’s even worse however are the steady prompts to buy more creation accessories at the in-game store! These put a blemish on an already pricey, but otherwise very good new addition. My advice is please just be patient; eventually you’ll acquire all the gear you want through regular gameplay and bonus goals. Save your money for the physical toys.

As usual, the world your toys come to life in, Skylands and its surrounding islands, present some strong visuals. Artistic and colorful, with dynamic camera angles, and fun characters designs. The cutscenes are gorgeous, and can be reviewed leisurely at the in-game theater. Though part of me will miss the Wii and 3DS versions, this really is the sort of game best experienced on an HD console. The audio package is no slouch either. The musical compositions are a joy to listen to. Besides the terrific main tracks, there’s also individual selections for your Imaginators, and tunes from the scattered troll radios, all showcasing multiple genres of music. The vocal work continues to impress, and this is the best entry yet for it.

Being a series that skews younger, Skylander games are not ones you’d tend to describe as challenging. There are four difficulty settings though. Bumping the game up to Frenzy, resetting your older figures, or playing cooperatively with a less experienced gamer, are all ways to deliver a fresh challenge. There’s certainly no shortage of enemies to find, from returning ones to new and memorable bosses – Guacamole Monster! In true Skylander fashion though, the cartoon style violence manages to keep everyone intact.  There’s also many new mini games, some which offer surprising challenges on higher levels. Last year’s SuperChargers racing mode even carries over, and you always look for a good challenge with friends locally, or amongst the online community.

Skylanders Imaginators (particularly in co-op) is a delightful game in many ways. It’s an entry that seems tighter and more focused than its immediate predecessors, concentrating to a greater extent on what made the series popular to start with, and its essence overall. With a new mobile app, animated show, and more content to come, Toys-to-life doesn’t look to be stopping anytime in the near future. Even for those inclined to dismiss this game for various reasons, it’s hard to deny the high quality. While newbie’s would do well in trying out one of the older, less pricey entries first – both for cost considerations, and to not feel swamped – enthusiasts will want to play Skylanders Imaginators right away. Besides being one of the last high profile Wii U releases (third party or otherwise) this game just checks so many boxes as it were. Imaginators winds up being the best Skylanders game yet!

Pure Nintendo was also kindly sent the Gryphon Park Observatory Adventure Pack. We will be reviewing this separately.

Skylanders Imaginators (particularly in co-op) is a delightful game in many ways.