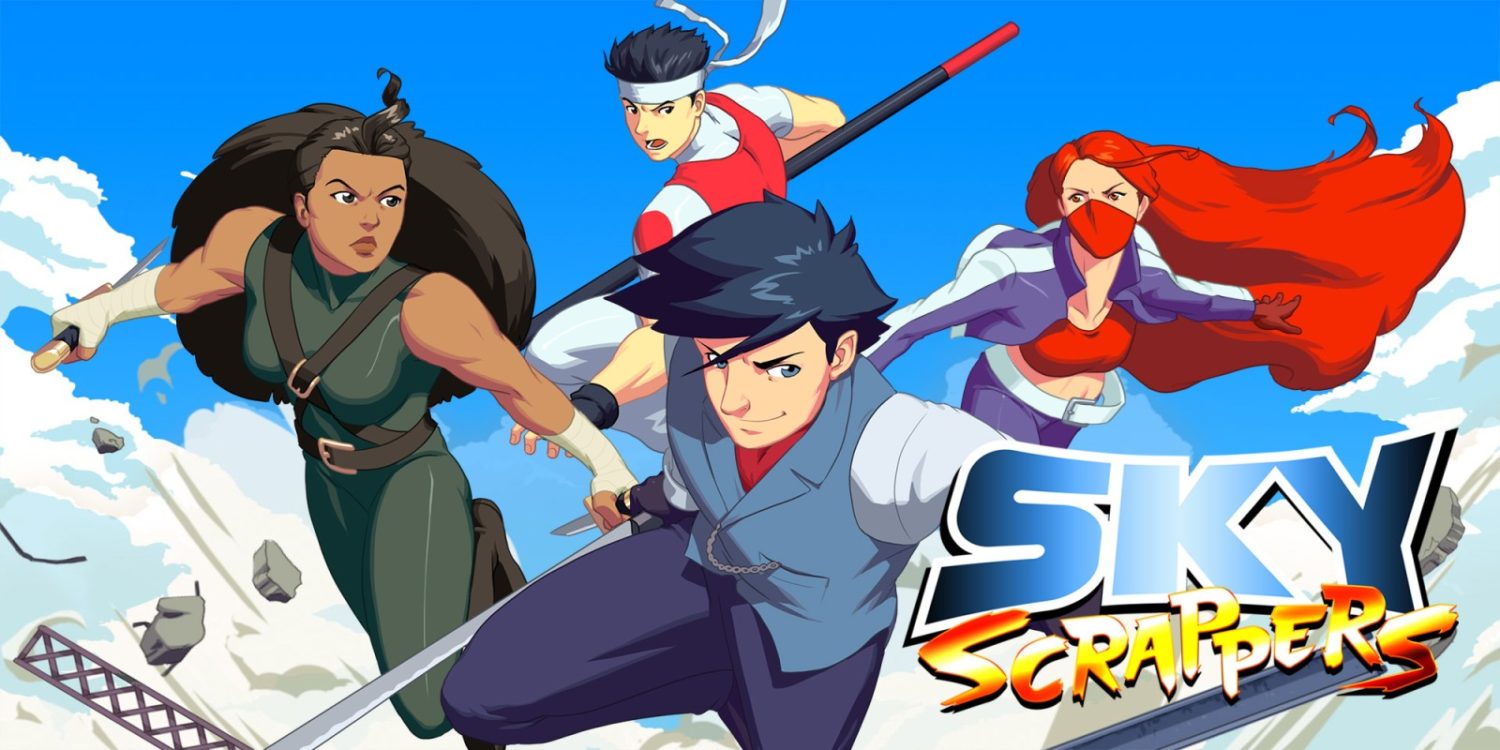 SkyScrappers is an arcade fighting game from Ground Shatter Games and Ant Workshop. It takes the classic brawler style of Smash Bros. and combines it with a vertical climber, mashing them together in an interesting take on the fighting genre. Does it work? The concept totally does; it just needs more.

There are elements of SkyScrappers that I truly like. I love the fresh idea of fighting while climbing buildings. There are two ways to win: by reaching the top first, or by being the last fighter standing. With a choice of two primary goals, you don’t even have to fight – you can concentrate on leaping upward, leaving any stragglers behind. If you’re trapped too far down, your character will automatically receive a nice boost back to the top, albeit at the cost of some of your health. 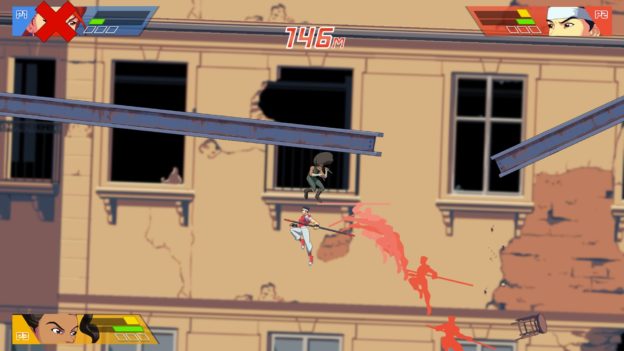 To keep things interesting, the buildings seem to be falling apart around you, with beams and even flaming bricks and mortar streaming down. The good news is that everything can be used to your advantage. Smaller objects can be used as projectiles, while anything larger can be used as stepping stones on your way to the top. There’s also a handy meter that counts down the remaining distance as you ascend.

Another nicety is the optional tate style of play. You can rotate your Switch (in handheld mode) so that the screen is vertical, which allows a lot more room for the climbing action. The screen zooms out a little when players are further apart, and zooms back in when they’re close. These are nice touches that give this budget title a bigger feel. 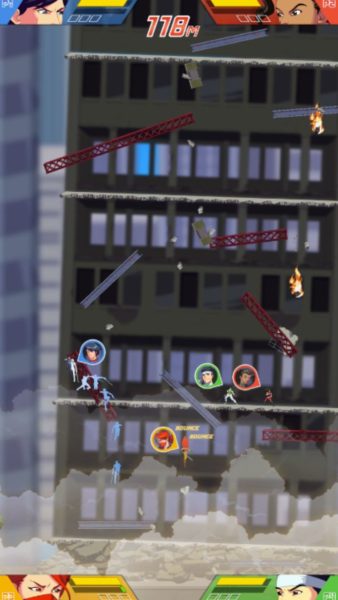 The design isn’t bad, though it’s a little B-grade. The title screen looks bright, with a good menu, and the victory and dialogue scenes are perfectly adequate for the fighting genre, with characters throwing taunting lines at each other. The whole look is just a little flat and dated – it’s like a 90s retro look without being cool. Unfortunately, there’s not much variety in the buildings or the fighters either. And the simple sound effects consist of punching and groaning from fighters coupled with generic background music.

But the main thing that’s missing from SkyScrappers is longevity. There are only four characters to choose from, and there’s not much variety in their design – they look very similar when playing. The single-player mode is extremely quick – with only seven battles to work through, it’s all over in less than half an hour. You could replay as another character to see the interactions and endings, but the core game is exactly the same. 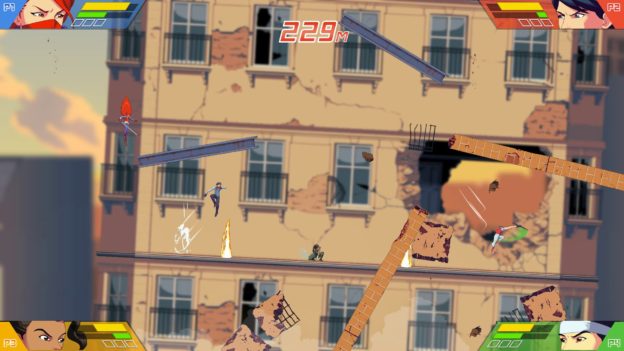 The game is designed with multiple players in mind, and although that’s definitely a fun idea, the reality is that it’s very short lived. There’s simply not enough to keep you coming back for more. More levels and variety would make this game go a long way.

Having said that, this is a budget title. At $9.99, it’s not going to break the bank, but I still feel like I wouldn’t want to spend more than $5 on it. Even with a fun concept, it feels a little like a demo.

Overall, SkyScrappers is a great idea, it just needs some fleshing out. Some updated designs, more characters and levels, even online play would all contribute to a greater game. It’s got potential, so check it out if you’re curious.

SkyScrappers is a neat idea that just needs fleshing out. It’s a fun game at its core, and with more characters, levels and modes, it could be something great.