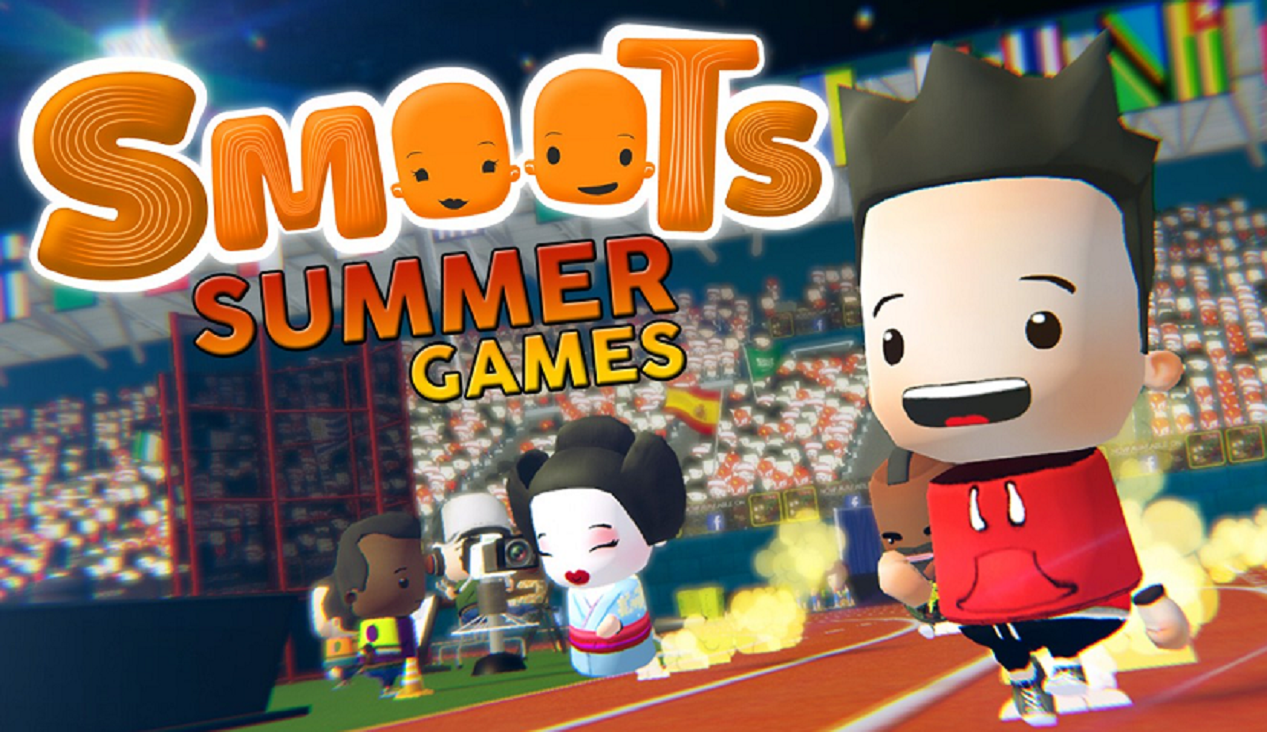 Smoots Summer Games for Nintendo Switch is a party sports title from Jandusoft Games. It involves competitive track events presented in a fun, cartoony way that resembles a budget version of Wii Sports that plays like Mario and Sonic at the Olympic Games. Is this combination a good thing? Surprisingly, yes.

It’s a tricky thing to imitate a successful franchise. Mario and Sonic bring two big names to their regular sporting outings. Their next foray – due to hit the Switch in November 2019 – will feature over 30 events. Smoots is a budget title that costs about 80% less yet still features an impressive 17 Olympic-style events, like hurdles, triple jump, discus, pole vault and swimming.

Apart from this variety, the game has a nice mix of ways to play. There are several modes to choose from, namely Practice, Championship, and Special Challenges. Each sees you play a combination of the 17 events in different ways. For example, Championship features three sub-categories of Pentathlon (five events), Heptathlon (seven events), and Decathlon (ten events). Special Challenges mode features three challenges of four, five or eight events using specified times or distances to beat. Practice mode is exactly what it sounds like; you can choose from any of the 17 events to practice as many times as you like.

The controls are easy, making it ideal for all ages to pick up and play. Most of the actions involve mashing the A button as fast as possible to gain speed, followed by a timed jump or throw (if required) with the L or R buttons. I also appreciated the instructions shown before each event as a little on-screen reminder.

Multiplayer is the biggest drawcard of Smoots since you can play with up to four players locally. Sadly there’s no online, nor any leaderboards. This simplicity with incentives does make it less enticing for replays.

Graphically, Smoots looks as though it was designed by fans of Wii Sports. The characters strongly resemble the big-headed Miis we all know and love, complete with detached hands. These guys aren’t customizable – not even with a name – but there are 30 of them. You can also assign a country to your chosen Mii, I mean, character. The rest of the design is quite polished for a budget title like this, with good menu design, clear instructions, and colorful sporting arenas that nicely capture the lighter feel of the game.

On the other hand, the audio is nothing special. While not awful by any means, it’s simple and repetitive. It sounds like a retro sports game track, like something from an old-school ‘90s game, complete with cheering crowds that sound a bit canned. Maybe that’s what the developers were going for. There’s little in the way of voice acting, not that it’s particularly needed in a sports game, but I did find the pronunciation of the word “foul” odd – it sounds like “foll”.

Overall, I enjoyed my time with Smoots Summer Games more than I expected. It plays well enough and the Mii-like graphics will make you feel instantly at home. There’s enough variety to make it fun with a few friends for a couple of hours, though it probably won’t keep you coming back in the long run. At $9.99, this is a budget title that provides some decent multiplayer entertainment while you wait for the next iteration of Mario and Sonic.

Smoots answers the question, what would it be like to combine the look of Wii Sports with the action of Mario and Sonic at the Olympic Games – in a budget format? It’s fun and easy to play, though it won’t have much staying power. Give it a go if you’re looking for a party game alternative while you’re waiting for the next Mario and Sonic title.