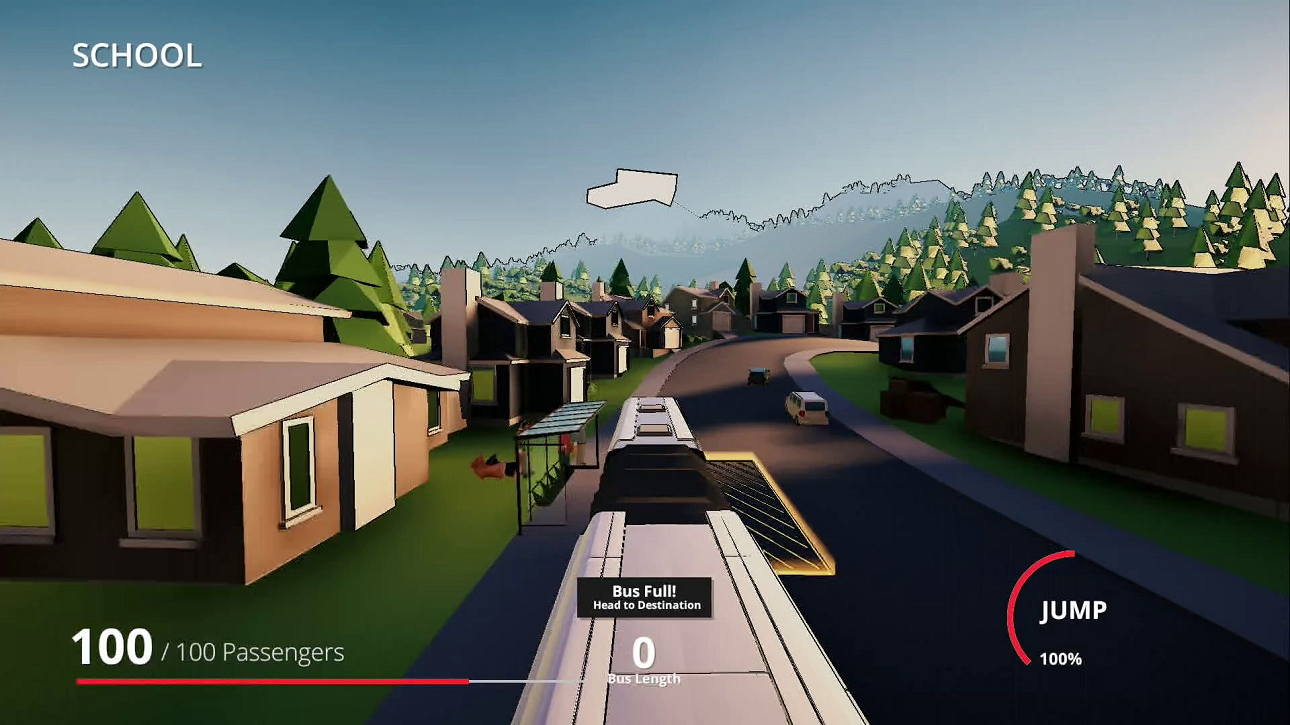 ‘Snakeybus??’ When I first heard the title, I thought it was going to be some sort of Early Childhood game. But once I watched a trailer for it and saw what it was, I was excited to try it out.

A big complaint I have with games nowadays is that most lack originality. So many games feel too similar, and I find there isn’t as much innovation going on in the industry as there once was. That’s why Snakeybus immediately stood out to me. It’s the classic game of Snake, but with a Crazy Taxi-esque twist, and I’ve got to say that it’s such a great idea for a game that I can’t believe no one’s made it before!

It works largely as it sounds, with your bus growing bigger as you drop off more people. You’ll quickly find the back of your bus crowding, and forcing you to make quick decisions. There are 10 maps to shoot for a high score on and a few different vehicles to unlock. Sounds great, right? Well, sorta….

While I love the premise of the game, the actual product has many, many flaws; mostly stemming from the fact that it just doesn’t feel like a finished product. It gave me some serious Hello Neighbor vibes in terms of quality, which isn’t a good thing. Expect to find yourself getting pushed through the ground, flung through the maps, and overall glitching out during regular gameplay. SnakeyBus is by no means a polished product.

As for the maps, there are quite a few fun ones, but there are a few duds too. Of them all (not counting ‘Endless’, which is more of a free-run map) I’d say three of them were really good, four were OK, and the other three kinda stunk. Also concerning the maps, I wish they had invisible walls surrounding the out-of-bounds areas. With the game’s unpolished nature, you’ll occasionally get flung through the map into an out-of-bounds area, which instantly ends your run. It’s really not fair, and the game would be a lot better without this.

All that being said, once I started looking past SnakeyBus’ flaws, I found myself enjoying it. It’s such hectic fun building up an insanely long bus and trying to maneuver around yourself to keep dropping off passengers, and the poppy, jazzy tunes during gameplay make the experience actually rather relaxing. It’s a game you can play without thinking too much, and it really works. Seriously, major props to the developers for this ingenious idea.

The question for me, though, is can I recommend picking Snakeybus up given its problems? My answer has to be a cautious yes. If you don’t take the game too seriously, it’s a ton of fun, and you’ll enjoy it. However, for some, the glitches and lack of polish may be a deal-breaker. If it looks fun to you, I’d say pick it up and enjoy, but for the wearier, wait for a sale.

While it’s got problems, SnakeyBus remains a fun game with one of the more creative ideas I’ve seen lately.