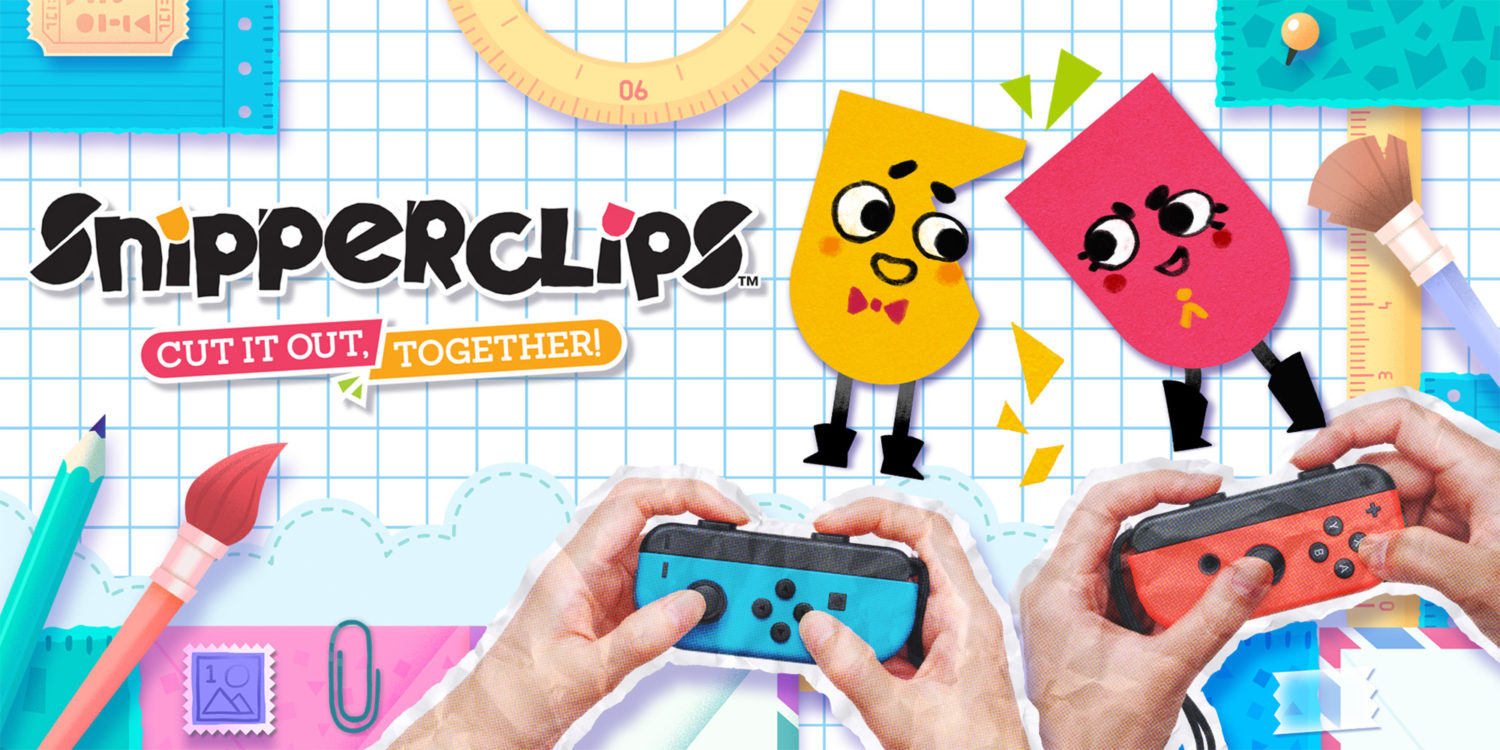 Snipperclips is a unique game that’s difficult to describe but extremely easy to pick up and play. It also turns out to be super fun and, in this way, it’s a little like the Wii Sports of the Switch, since it perfectly utilises the setup of the new hardware and is aimed for everyone.

I’d seen trailers before the launch of the Switch, but I wasn’t overly sold on the Snipperclips concept at first. It sounded unique, but it wasn’t until I started playing that the diversity of the puzzles and the hilarity of the teamwork became obvious. It only took 30 seconds to convince me that this game was going to be something special.

You’re initially launched into a simple tutorial that really sells both the concept and the simple controls immediately. As I said, it’s a little hard to describe, but here’s my take on it. You control two pieces of paper (who even have names, Snip and Clip). These cute characters can walk, jump, rotate and, most importantly, cut. They can take bits out of their overlapping sections to make shapes that either fit into a specific area or can be used as tools to manipulate objects. The trick is to work together to complete the goal of each level. 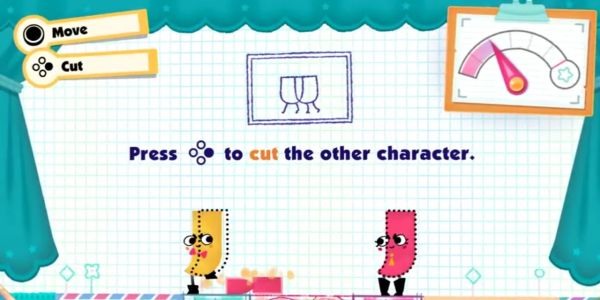 The tutorial will show you the basics in no time.

There are three modes in Snipperclips: World, Party and Blitz. World sees you (and optionally a partner) work through various puzzles, unlocking more as you progress. Tasks range from simply cutting yourselves to fit into shapes, guiding random objects, and even catching fish and moving them to another body of water. It’s very cleverly designed, and extremely fun to play – there have been many moments of pure joy and laughing out loud. Some puzzles are challenging but when you do solve them, there’s an immediate feeling of accomplishment, and you’ll want to tackle the next puzzle straight away. It’s a very addictive game. 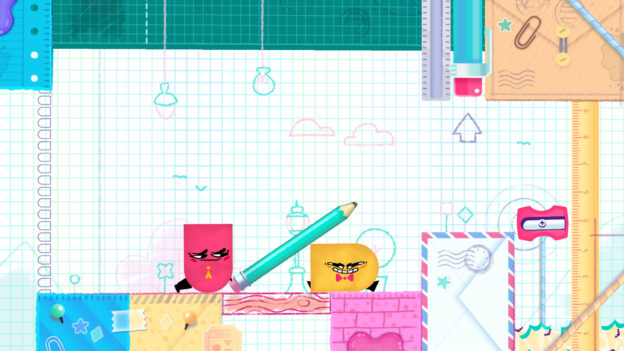 World mode – in this particular puzzle, you must move the pencil into the sharpener. It’s harder than it sounds!

Though World mode can be played solo by switching between characters, it definitely works best with a partner, since it’s all about teamwork. That’s perhaps the one drawback to Snipperclips: although you can play single player, it’s nowhere near as entertaining. Party and Blitz modes actually only cater for two or more players.

Blitz mode is a competitive mode for 2-4 players, with the likes of air hockey and basketball. It’s fun and adds another layer to the game once you’ve solved all the puzzles. It works well, becoming especially chaotic with four players. Party mode is also for 2-4 players and is similar to World mode, with twelve more puzzles to solve, albeit with four characters to control, adding another level of complexity. 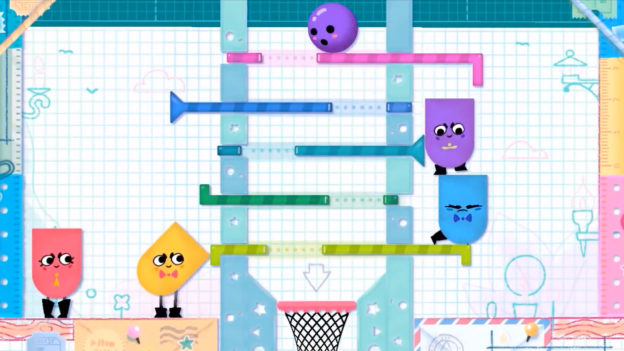 The chaotic fun of four players working together to solve a puzzle in Party mode.

I can’t emphasize how inclusive this game is. I asked a friend for five minutes of her time to help me test the multiplayer modes – we ended up playing for 1.5 hours. Then she wanted to play again the next day, for another hour. And the next. And my friend is no gamer. It’s the sheer simplicity of Snipperclips that makes it so brilliantly accessible – it’s just plain fun, and easy enough for absolutely anyone to enjoy.

The graphics are simple and colorful, and really suit the game’s aesthetics, with a definite Nintendo flavor. The characters are super cute and it’s hilarious watching their little feet stamp about or their facial expressions when they’re being snipped. The subtle backgrounds look hand-drawn and use soothing pastel colors to create an ambient mood that’s somewhat relaxing while still working your brain. The core concept behind the game is pure fun and teamwork, and it’s obvious that a lot of love and thought has gone into the design to help with that atmosphere.

Overall, Snipperclips is an entertaining game aimed for players of all skill levels. At $19.99, it’s also great value and highly recommended, though you’ll get the most enjoyment out of Snipperclips with a friend. With creative puzzles and colorful characters and design, this game will keep you busy for many hours.

A unique puzzle game that’s very entertaining and easy for anyone to pick up. There are many hours of great multiplayer fun to be had here.