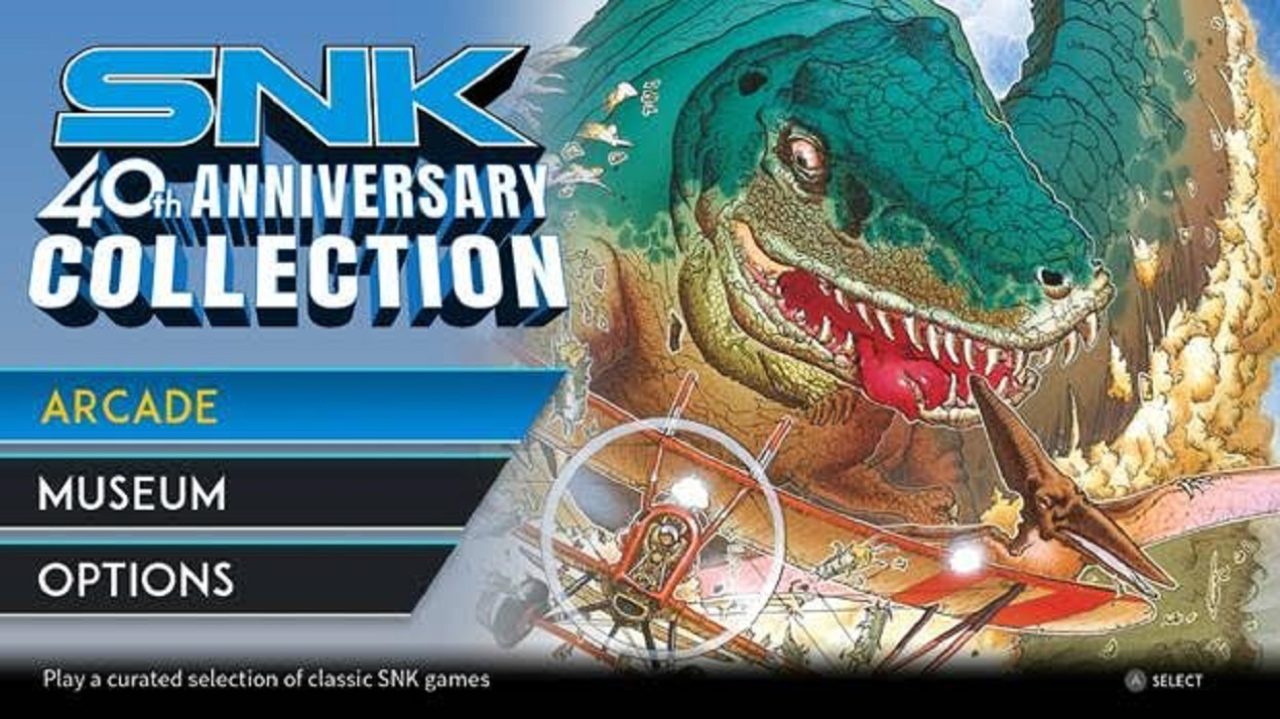 The Nintendo Switch is no stranger to SNK games thanks to the ACA line, but the SNK 40th Anniversary Collection compiles releases that predate the companies Neo Geo offerings.

Of these 13 earlier games available at launch, eight offer a choice between the arcade original and the console port. I was both an arcade and NES kid growing up, so I immediately alternated between versions I had the most memories with. That meant playing run ‘n’ gunner Guerilla War as the NES port, while P.O.W. was the quarter-free arcade version, and so forth. I’m not sure why every applicable game doesn’t let you pick between the two, but I’m glad that the majority have that option.

What’s interesting here is that the games on hand aren’t always notable for timeless gameplay. Many offer up nostalgia, but not much else. I don’t recall Street Smart being regarded as a classic fighter for instance. Others are more memorable for their historical significance. Platformer Psycho Soldier has a pioneering vocal in-game soundtrack, but the difficult gameplay hasn’t left much of an impression on me.

However, as an overall package, there’s much I appreciate in the SNK 40th Anniversary Collection. The Museum lets you learn about SNK games from the late 70s through 1990. There are also Bonus Features, my favorite probably being some behind-the-scenes concept art from the cult classic RPG, Crystalis. A dozen game soundtracks let you listen to tunes of days gone by. The aforementioned Psycho Soldier is a standout here, even if the vocals sound like they’re sung through a tin can telephone (it was 1986 after all).

Not every feature is key. The rewind function is rarely used by me. Being able to save anywhere is cool, and kind of expected at this point, but some of these score-chasers don’t really lend themselves to such a convenience. Vanguard is a fun space shooter, but why would I ever need to save a game of such a short game? For that matter, what’s the draw to watch any of these games that offer that feature? Such a passive experience will likely only be done once, if at all. Lastly, Achievements really just amount to beating each game. Couldn’t something more creative be thought of?

Updates are on the way. A release day patch will address bugs, such as with the rewind function. I haven’t noticed any myself, but again, I’ve only used rewind on rare occasions.  Eleven DLC titles will be arriving as free additions in December (nine via patch, two available as a free bundle on the game’s store page on the eShop on release day). It’s a shame these aren’t available out of the gate.

The SNK 40th Anniversary Collection is a great collection of not necessarily great games. While retro enthusiasts and multiplayer fans will likely have this anthology near the top of their wish list, others might want to wait for some DLC to flesh it out.

The SNK 40th Anniversary Collection is a great collection of not necessarily great games. While retro enthusiasts and multiplayer fans will likely have this anthology near the top of their wish list, others might want to wait for some DLC to flesh it out.