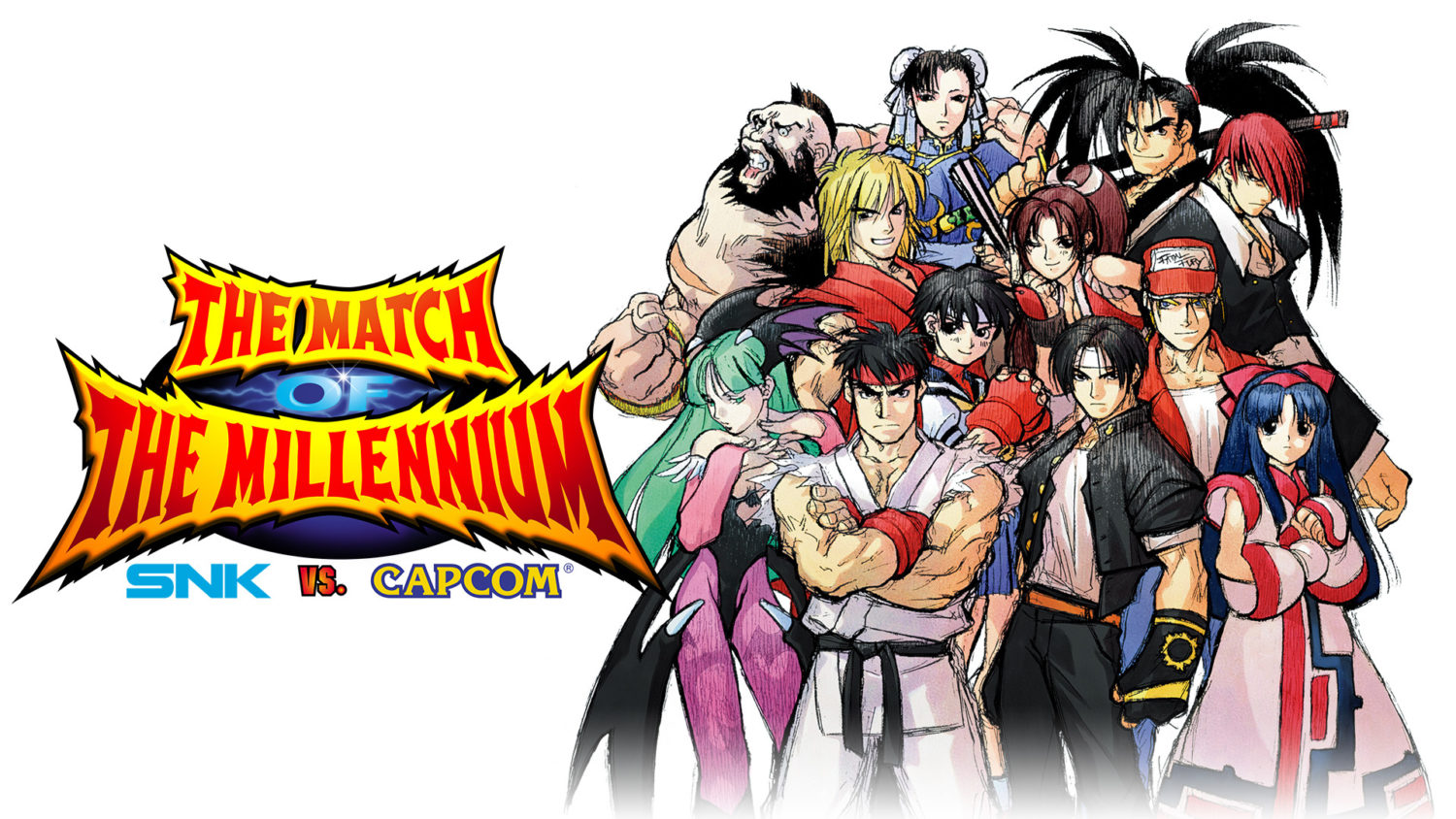 By Harrison Milfeld  •  1 month ago

When it comes to dream fighting game collaborations, the 20-year-plus-old SNK vs. Capcom: The Match of the Millennium for the Neo Geo Pocket Color honestly still packs quite an entertaining experience within a small package. In a way, despite originally being on a platform that was essentially a niche device in the Western market, it remains both a classic and fan favorite after all these years. Now, The Match of the Millennium brings yet another Neo Geo Pocket Color entry to the Switch along with its extravagant roster across two companies’ rich fighting game histories. 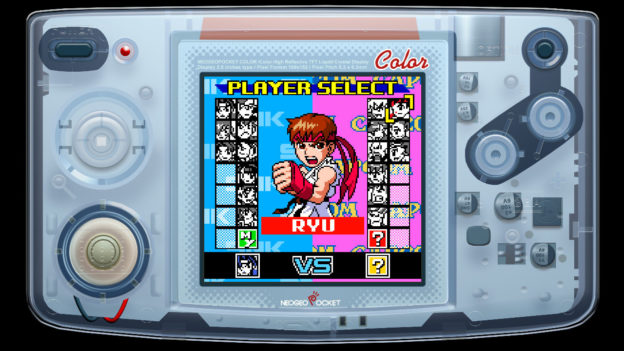 For clarity’s sake, I was not fortunate to have owned a Neo Geo Pocket Color as a youngin’. However, I was fully aware of its existence through reading various video game magazines to peer from the other side of the aisle. While the Game Boy Color consumed my portable gaming interests at that time, I still made it a habit to see what offerings from differing devices alluded to me. In the case of SNK vs. Capcom (and its contemporaries of that era as well), it was one of the few titles on the device that I was aware of. It made me more aware of crossover fighters, be it on home consoles or in the local arcade. 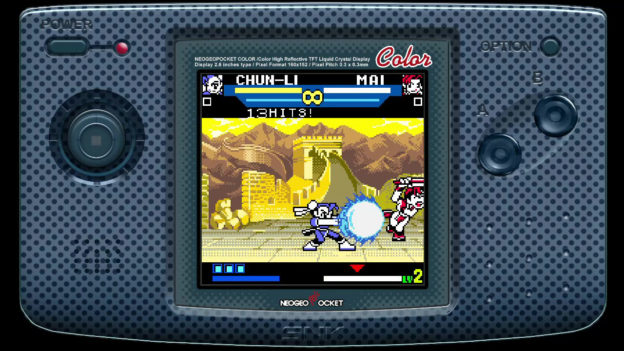 SNK vs. Capcom: The Match of the Millennium consists of 26 characters (8 of which are unlockable) ranging from various SNK and Capcom fighting series such as King of Fighters, Samurai Shodown, Street Fighter, and Darkstalkers. Aside from the usual 1v1, tag, and team modes to choose from, fans of either series can also select between various fighting power gauges of their preference. These methods include Average, Counter, and Rush style, and offer a varying array of play styles to help you enhance your super attacks on opponents. These play styles certainly help whenever one feels like mixing up options or becoming familiar with either SNK or Capcom’s fighting styles.

Now, whatever single-player mode you choose, you will eventually fight a random cast of characters that lead up to you battling your rival and then a duo of familiar SNK or Capcom bosses. Pretty simple and standard affair here and there, but even while playing with different fighters I found a sudden difficulty spike to hinder some enjoyment. Either way, the single player mode holds up fine, and it was fun to create well-timed combos while controlling pocket-sized versions of your favorite Street Fighter or KoF characters. But, in the end, it all comes down to how it controls and I must say using the Switch’s analog stick can lead to messy inputs. While it is manageable, you are probably better off using the Joy-Con directional buttons or even the Pro Controller’s D-pad to help fine tune each fighter’s moveset. 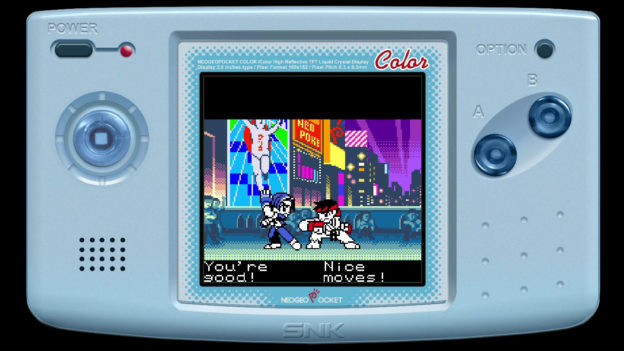 The other modes of interest in this pocket fighter include an Olympic mode with different minigames to compete for high scores. This mode centers around a few other guest appearances from both SNK and Capcom properties such as Metal Slug and Ghosts ‘n Goblins, respectively. A few of the minigames include time attack and survival. Others pit you in a first-person-esque sequence where you must shoot aliens, while another has you playing through a Dance Dance Revolution rhythm game. The more you play, the more you will earn “special vs. points” which can then be used to unlock new fighters. My personal favorite out of these modes is when you can control Arthur from Ghosts ‘n Goblins in a familiar scenario where you must guide him over pits and valleys while gathering treasure. Surprisingly this mode got almost equal playing time between the single-player tourney bouts. The combination of rather cute and fun references and tributes to old series made playing through each minigame a delight. 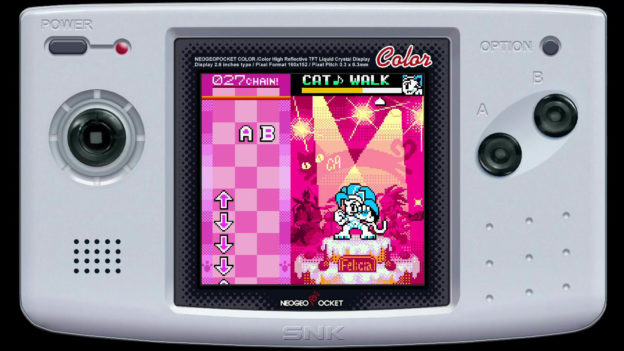 Per usual with Neo Geo Pocket Color re-releases, there are a slew of options to customize the whole retro portable SNK vs. Capcom experience. For example, you can switch between differently colored Neo Geo Pocket Color skins of your choosing and customize the control set up how you see fit. In addition, there is a digital manual for one to nostalgically scroll through and a rewind function for those moments where you feel slightly cheated in the late stages of the single-player mode.

Overall, if you have a fondness for the game’s origin or the portable hardware it originally released for, then you should still be able to get some fine enjoyment out of SNK vs. Capcom: The Match of the Millennium. Newcomers who never had a chance to play the original may find some difficulty with the balance in some modes along with other areas lacking a ton of depth. However, the pocket-sized charm of the SNK and Capcom characters and Olympic mode bring enough to the table to have a decent amount of fun. Whatever way you fashion yourself with this crossover, it’s your best option to experience it as opposed to sinking a lot of money into the original cart.

While newcomers may find some shortcomings in the whole package, hardcore fans will still find it a delight. Sure, it feels rather dated, but this port of a Neo Geo Pocket Color classic still hits the mark where it counts.