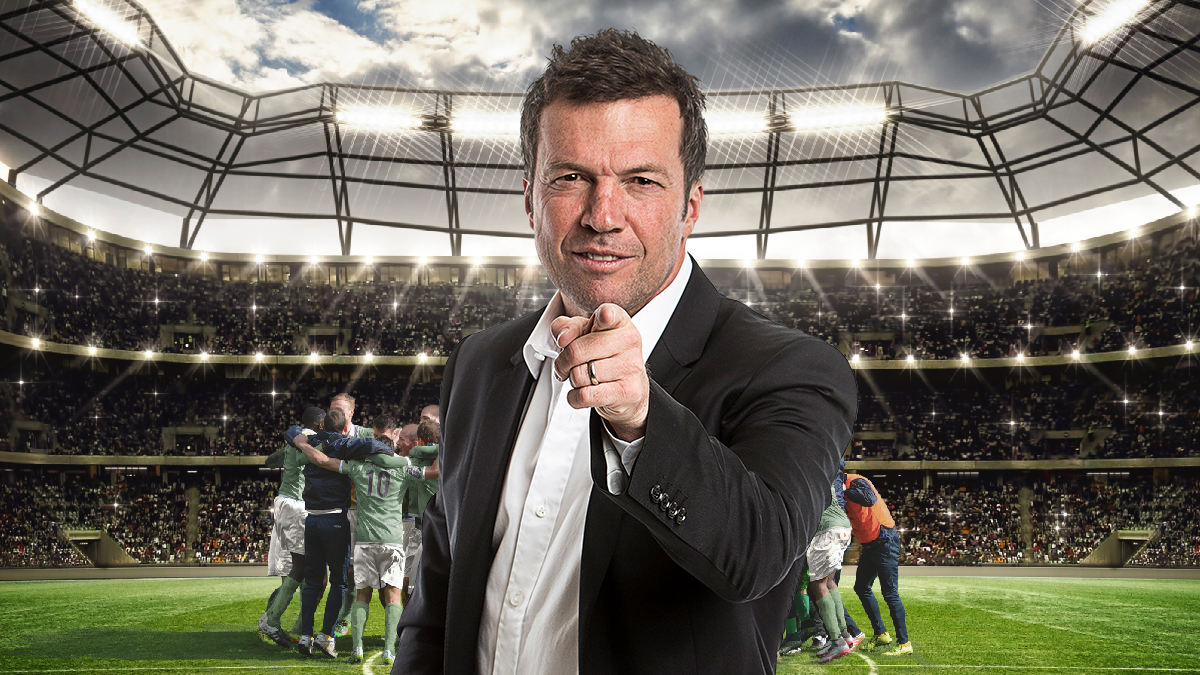 Soccer, Tactics and Glory is a sports strategy game. It plays more like a turn-based tactical RPG than a fast-paced soccer game like Fifa. So if faster soccer action is what you are looking for this might not be for you; however, Soccer Tactics and Glory is still a fun and interesting change of pace.

To start the game it drops you right into a match, as you play the role of a promising young forward on the brink of your career. After a few introductory plays serving as the tutorial, you’re injured, ending your career – game over! Just kidding. Fifteen years later you are offered a job as a soccer club manager.

Now it is time to set up the soccer club. Players can choose from one of the already created teams or start one from scratch. If choosing to design the team, you first choose the country the team is located in. From there, you can choose the team logo and colors. Customization doesn’t stop there; you can choose the design of jerseys, shorts, and boots (cleats). If that is not enough for you, don’t worry – you can go in and edit players too.

Each half of the soccer game is broken into twenty-four actions, rather than the typical time remaining. Both teams get three actions at a time to drive the ball downfield and attempt to score a goal. Once all three actions are used – and if no goal is scored – control of the ball switches to the opposing team. If a goal is scored the ball resets in the middle of the feild and the opposing team gets their three turns to try to score.  After all twenty-four of the actions are taken, the half is over. The second half continues with another twenty-four actions, until again both teams have taken a turn. 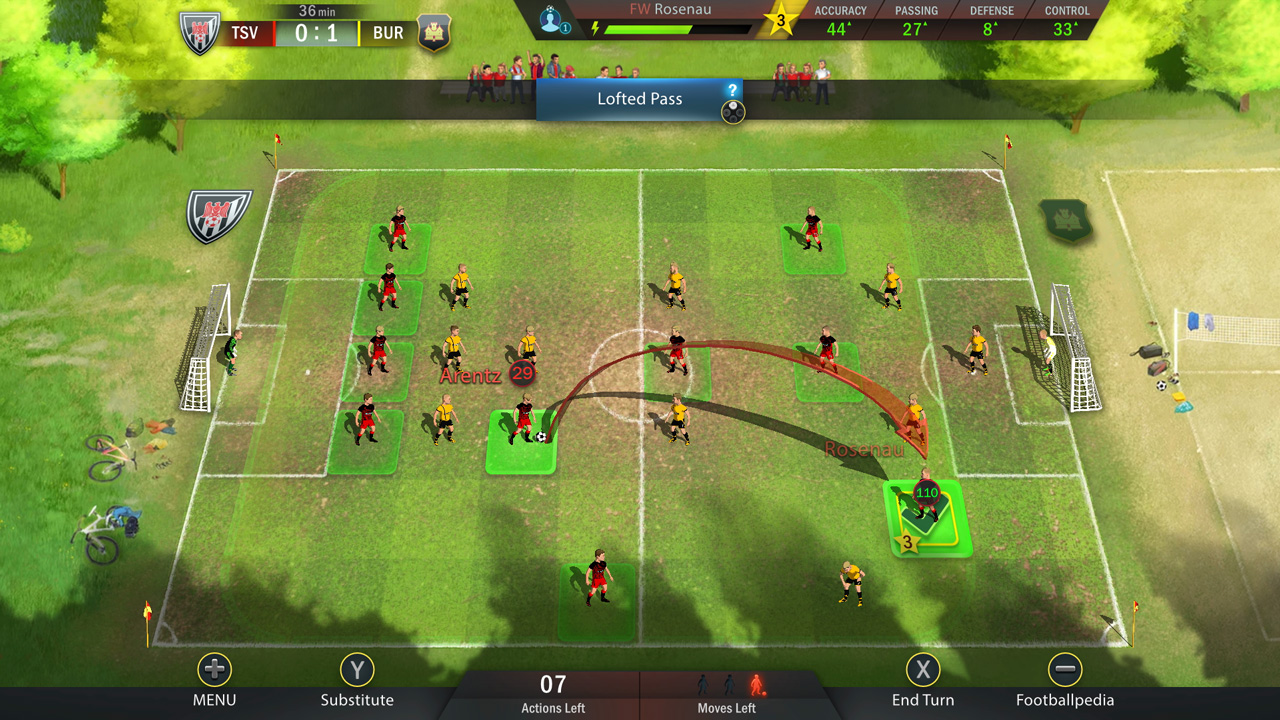 As easy as sending the ball downfield might seem in scoring, it isn’t as simple as it sounds. Soccer, Tactics and Glory’s player stats are much more like an RPG. Each player has stats in shooting, pass accuracy, defense and control. For example, if a player is within range of taking a shot and his accuracy is higher than the defence of the opposing goalie and defender, chances are the shooter will score. When games are completed, players gain more experience, which can be used to upgrade their skills. 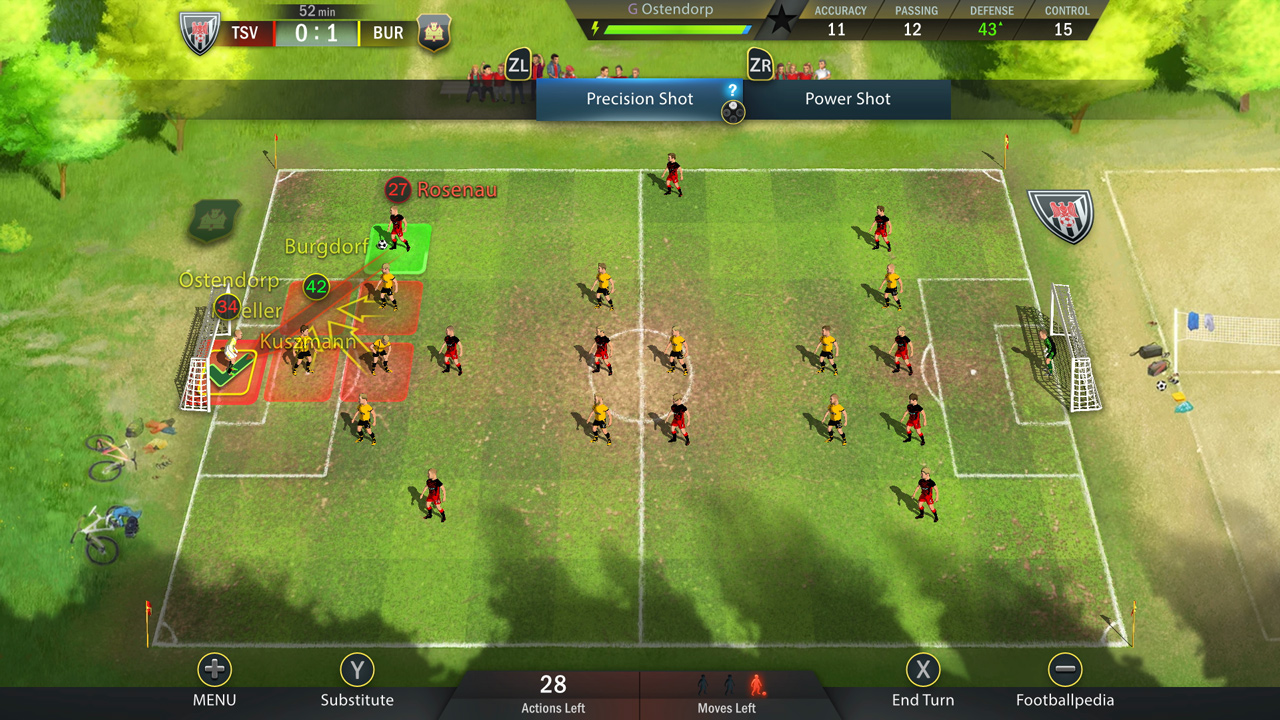 While I did enjoy Soccer, Tactics and Glory I do wish the tutorial spent more time on balancing the team roster and managing the club. The first time I was able to upgrade a character I had no idea as to exactly how to do it. I just kind of kept trying to accept skills until it finally allowed me to make the upgrade. An explanation of how to earn money as well as balance contracts would also have been welcome. 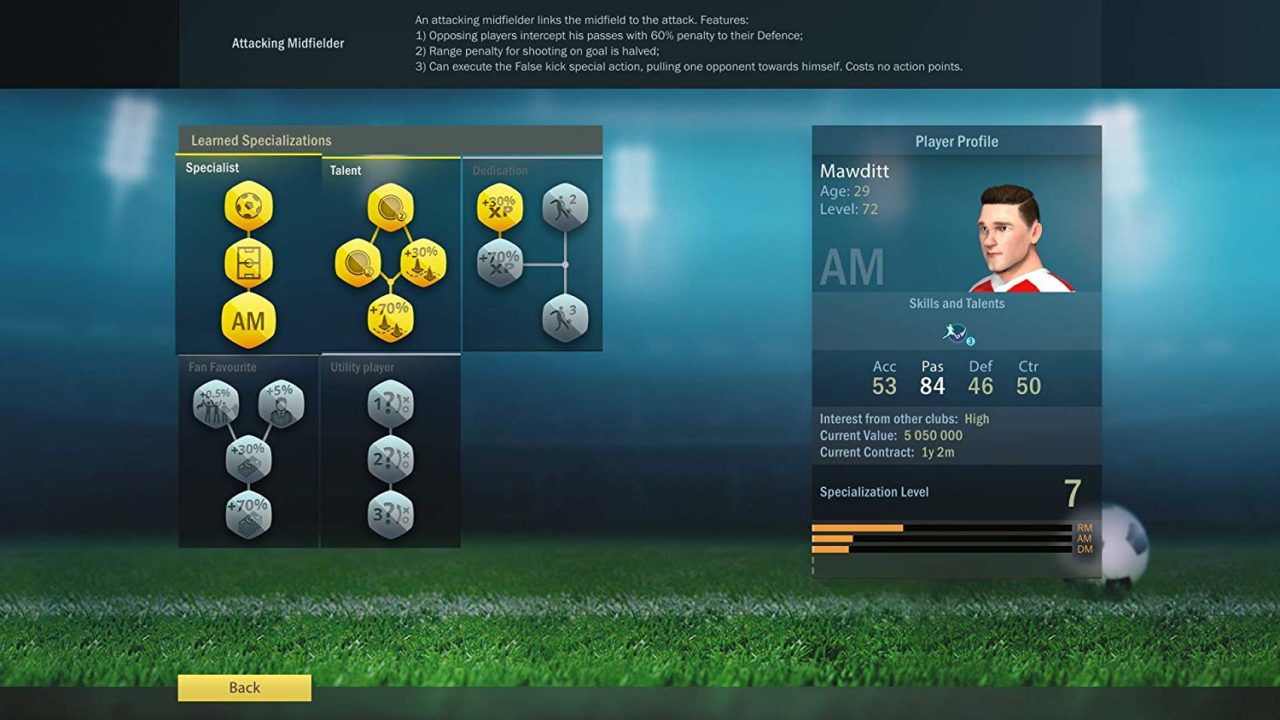 Although the tutorial wasn’t as detailed for club management as I had hoped, it was fairly easy to catch on to the basic gameplay. My experience with Soccer, Tactics and Glory, is overall a positive one. Gamers looking for fast-paced gameplay may want to look elsewhere. If you are looking for a mix of soccer fun with turn-based RPG elements, look no further. I was surprised at how well the two mixed together.

My experience with Soccer, Tactics and Glory, is overall a positive one. Gamers looking for a fast-paced gameplay may want to look elsewhere. If you are looking for a mix of soccer fun with turn-based RPG elements, look no further. I was surprised at how well the two mixed together.